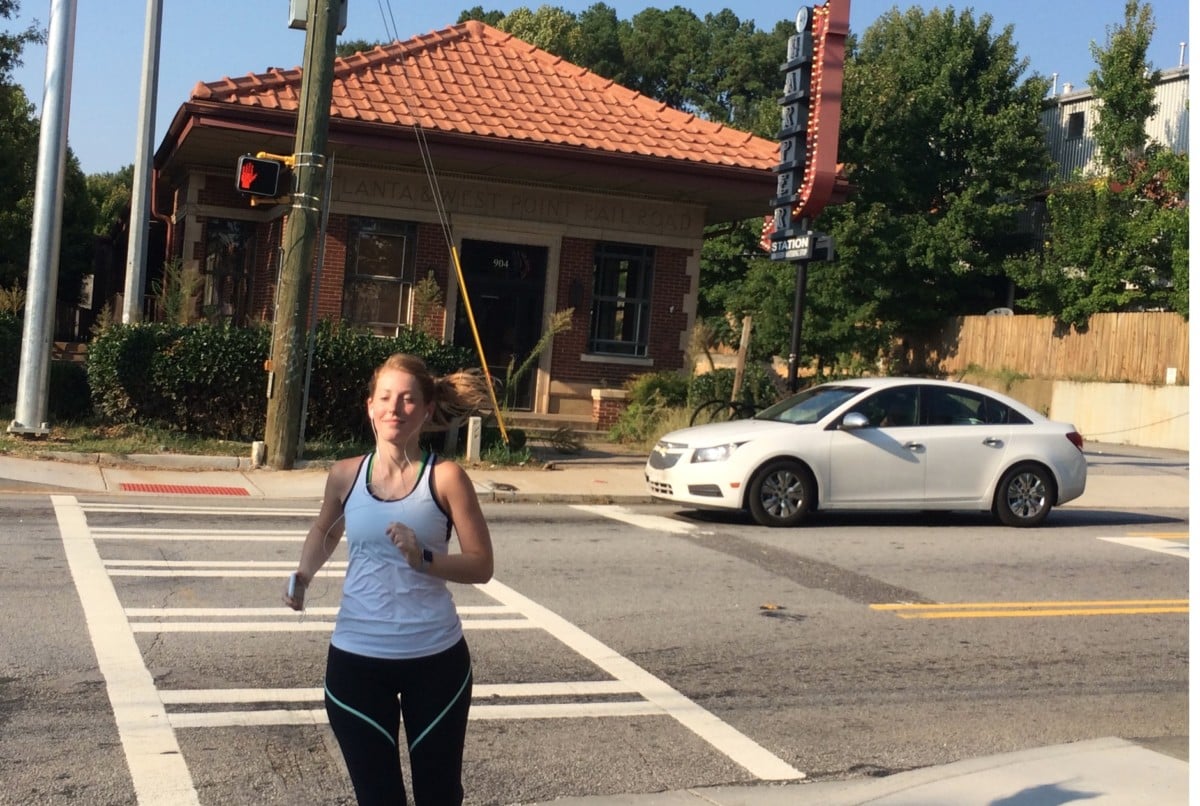 The proposed revised budget for the Atlanta BeltLine shows more than $26 million in spending to plan and build parks and trails in the current fiscal year, including a trail that Jennifer Schultz runs a few times a week. 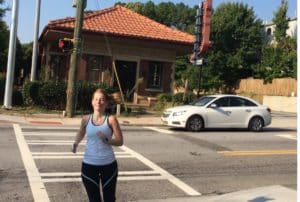 Schultz said one reason she moved to a townhome in Glenwood Park was to be near the BeltLine’s planned Southside Trail. Schultz’s jogging route takes her on a sidewalk north across I-20 to Memorial Drive, which she crosses and jogs on a path beside weathered railroad tracks to an art installation. Then it’s time to head home.

Every time she runs, Schultz faces the same thorny question that now devils BeltLine planners. Which side of Bill Kennedy Way should she use? The west side is wider, but the east side is a straight shot across Memorial Drive from the BeltLine trail beside the rails.

“Since the sidewalk is on the west side, it makes sense to use the space you have,” said Schultz, who’s a public involvement manager at HNTB, the company involved with the expansion of I-75 and the Ga. 400/I-285 intersection.

This design challenge is one of any number that BeltLine planners have on their table. It’s unique, in that the trail is to be built on an existing road and bridge that crosses I-20. And not just cross the highway. Bill Kennedy Way serves entrance and exit ramps for I-20 that funnel traffic to and from Downtown Atlanta. 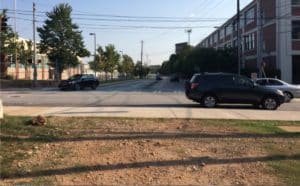 As Jennifer Schultz prepares to cross Memorial Drive and continue south on the Atlanta BeltLine’s Southside Trail, she has to decide which side of  Credit: David Pendered

Trails and greenspace get the lion’s share of attention paid to the BeltLine.

But they aren’t the only expectation the public has of the BeltLine. BeltLine leaders evidently are feeling some heat to raise attention paid to these other areas that are part of its obligation.

The BeltLine board approved in 2011 an equitable development plan that set forth an array of principles and objectives. Topics included creating jobs, minimizing displacement of lower income residents, promoting growth in blighted neighborhoods, and promoting diverse housing and needed retail options.

The main revision proposed to the Fiscal Year 2017 budget is the addition of about $1.5 million to incent apartment developers to provide housing affording to folks earning the salaries of schoolteachers. The source of funds is excess property taxes collected in the BeltLine tax allocation district. The total sum to be available is $2.2 million, according to the proposed revised budget. 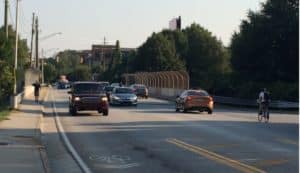 Designers for the Atlanta BeltLine have to decide how to traverse this bridge over I-20, on Bill Kennedy Way, to facilitate the Southside Trail. Credit: David Pendered

Atlanta City Councilmember Andre Dickens was heartened at the additional funding. Dickens has worked on the issue of affordable housing in the city since he took office in January 2014. The pace of negotiations had increased of late.

“Over the past three months, I participated in numerous meetings and conference calls to put forth a meaningful effort toward providing affordable housing along the BeltLine,” Dickens said in an email. 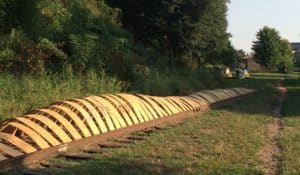 Wooden slates inserted into the railroad tracks along the Atlanta BeltLine’s Southside Trail create the image of a creature. Credit: David Pendered

James Alexander, the BeltLine’s housing policy director, acknowledged the wide array of expectations. He spoke at a Sept. 7 meeting of the Regional Housing Forum and said the BeltlLine has created 570 of the 5,600 affordable homes it is to create.

Forum moderator Bill Bolling noted that Alexander had willingly spoke at a meeting where he could expect to receive tough questions. Bolling is an early advocate of a new initiative to promote affordable housing policies in the city, including inclusionary zoning.

“The Atlanta BeltLine is many things,” Alexander told the gathering. “It is a large infrastructure redevelopment in the City of Atlanta. That includes many different components, from transit to trails to parks to affordable housing to economic development to brownfield cleanups. How people define the Atlanta BeltLine depends where their interests are.

“But at the end of the day, it is all those things,” Alexander said.