Fresh from selling Blackhall Studios, Ryan Millsap is developing a streaming service – Blackhall Americana – that will cater to the action-adventure market.

Millsap on Tuesday announced Blackhall Americana, which will develop its own content. He is in the process of a $300 million capital raise, which he plans to complete in the first quarter of 2022.

“We will spend a year making content, and we will start releasing content in the first quarter of 2023,” Millsap said in a telephone interview before a scheduled press conference. “We will produce 10-episode series and movies that we will release exclusively on our streaming service.” 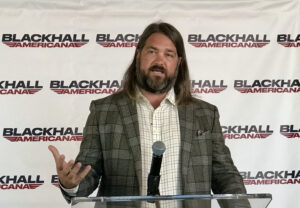 Millsap said action-adventure content is one of the most popular segments of the entertainment industry. Think Black Hawk Down. Think Fast & Furious. Think of characters like Rambo or actors like Clint Eastwood or Bruce Willis.

“It will be drama that escalates to some sort of physical danger,” Millsap said. “This is definitely PG-13 and above. It’s fast cars, big guns, beautiful men and beautiful women. I think there’s a massive amount of money to be made to these kind of shows to the marketplace.”

Millsap, who moved to Georgia from the West Coast eight years ago, has become a leading booster for the state and the local film industry.

What might be the most significant aspect of Blackhall Americana is its plans for vertical integration for the entertainment industry. Up until now, Georgia has been primarily a state where movie productions are shot. But the industry is much more complex than producing the content.

“We are going to be developing the content here,” Millsap said. “The writers will be here. The development teams will be here. The capital will be based here. We will make as much as we can in Georgia. We will distribute it from here, and we keep all the profits here.” 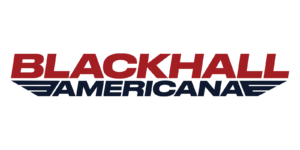 That also includes expanding the post-production services for movies and television shows.

“The idea behind this is to control the entire ecosystem” Millsap said. “We will raise the money, make the content and develop the streaming service – our distribution platform.”

Millsap, who founded Blackhall Studios in DeKalb County, sold the controlling interest in the Black Hall Studios – Atlanta in April to a Los Angeles private equity firm for about $120 million.

“A significant portion of my wealth is going into this,” Millsap said. “Right now, almost of entertainment wealth is coastal wealth. I would love for that wealth to be Southern wealth.”

Millsap has never been shy about his ambitions or ideas.

“If I’m right about this, we are talking about something on the scale of Netflix,” said Millsap, who did not announce where in metro Atlanta Blackhall Americana would be based because he had not yet closed on the property.

But it is obvious Millsap has become enamored with Georgia.

“I have embraced this place,” said Millsap, who has a farm in Social Circle and a second home in Buckhead. “I’ve been all over the world. Living in the South is better than living anywhere else. This is a damn good life.”