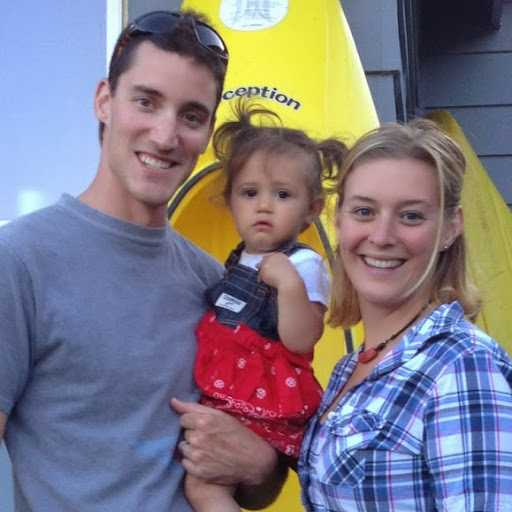 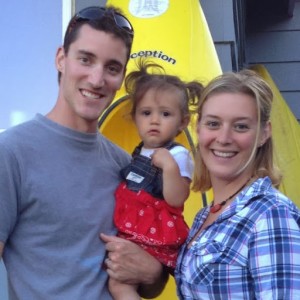 Watching his parents start up Central Night Shelter as volunteers, Ryan Bashor grew up understanding that the men coped with a lot of darkness in their lives, many of them with mental illness. Some carried secrets, such as not telling their families they were homeless; they feared the stigma. That’s one reason no pictures were taken at the shelter.

Ryan started working at the shelter in high school. He enjoyed helping people too. He was in Oregon training to be a volunteer firefighter when his parents got a shocking call in August. Ryan, 29, who was married with a child and one on the way, had killed himself.

“Ryan kept his diagnosis a secret,” said his mom, Katie Bashor. “He didn’t tell anyone his diagnosis, and we had no clue. The day after his funeral, we were talking to a psychotherapist about why this could happen in our family, and he said, ‘Ryan wasn’t raised by your family, he was raised by this culture, and it’s the culture that tells you to be ashamed and tells you to hide it.’ And I know in the marrow of my bones that that stigma caused my son’s death. ”

Changing that culture—the stigma of mental illness—is the reason for Ryan’s Run, a 5K and fun run on Saturday. The start and finish is at Central Night Shelter, which is across from the State Capitol. The proceeds from the event will benefit the shelter, but more than raise money, the Bashors hope the run will shine a light into the stigma of mental illness and help educate people to the suffering and need and communication that could prevent this kind of hurt. Sharing Ryan’s story is how they demonstrate openness, and how Saturday’s event came to be.

Raised at the shelter 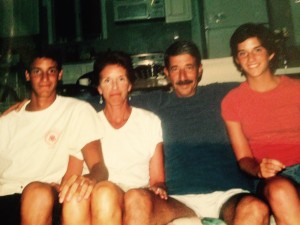 Ryan Bashor practically was born at the shelter, one of the city’s firsts and established after two men froze to death on the steps of the State Capitol. His dad Mark, a vulnerable populations officer (identifying those most at risk for illness and injury) at the Centers for Disease Control and Prevention, and Katie, a PE teacher at Fernbank Elementary School, helped start and operate it.

They had been very influenced by the civil rights movement, and felt strongly about exposing their children to urgent societal needs. The Bashors were open about issues like AIDS that many parents avoided, and they belonged to Shrine of the Immaculate Conception, one of the churches that sponsored the shelter. It opened in 1981 as an ecumenical project to relieve the growing problem of homelessness in Atlanta, and is open seven night a week from November to March, offering hot meals, showers, access to medical and foot care, and recreation.

Ryan was three months old on Christmas Eve 1983 when his mom brought him to show the men. “Baby Mark,” they called him. In that era, more than 200 men crowded the space that now houses half that many. “It was more like ‘bring your own cardboard,’” Katie Bashor recalled. “It was in the era when many mentally ill people were deinstitutionalized and, left untreated, became homeless, and we came to know so many veterans who had not been given the proper care for their PTSD.”

Ryan’s dad worked at the shelter Saturday night and Katie Sunday night, and scores of volunteers from local churches pitched in. At 16, as a student at Druid Hills High School, Ryan asked if he could train volunteers. His experience at the shelter outweighed his youth, and the unpaid position was his.

As he shot up to 6-foot-8 and filled size 14 shoes, Ryan towered over most of the guys. “A profoundly loving, generous and caring man who never knew a stranger,” he was described in his obituary. “His beaming smile, warm laughter, and stories filled any room he entered.”

When he became a Georgia Tech student, he brought college friends to volunteer with him. Away from the shelter, Ryan didn’t know if Tech’s premed curriculum was right for him and wasn’t sure what to do with his life, so he took a year off and through a family connection, moved to Idaho to work at an outdoor science education camp. He ended up graduating from college there, staying out west and starting a family. Last summer, he and wife Rachael Bashor had a daughter Jocie and a son on the way.

A growing darkness, a way forward

After Ryan’s death, the Bashors found out more about his struggles. He only shared his diagnosis (bipolar disorder) with his wife. He disliked the effect of medication.

“He didn’t want to stay on his meds, because he felt they suppressed the best part of himself,” his mother said. “He lived in a small town, so there are questions of whether he got the quality of care he needed. He had been off his meds a couple of weeks before he died.”

Ryan’s inner turmoil silenced his story, an irony for someone who loved drawing stories out of others. “He really did care about the story each person shared,” his wife Rachael Bashor recalled in an online post. “As the story of my family continues, through the grief and to the hope that will come with a new son, I hope that with me you will take a lesson from Ryan and that is to listen. Invite others to share their story, whether it be in the grocery line or over a beer. Listen in earnest to others’ joys, heartache and aspirations. Celebrate and shed a tear over the ups and downs that life deals to each of us. And continue to make the world a little bit smaller by passing on the gift of the story someone shared with you.” 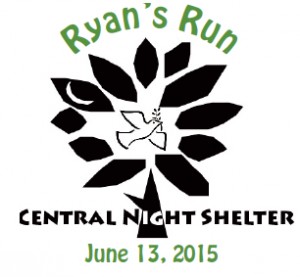 Ryan’s suicide was not the only crisis the family bore last year. After son Owen was born Dec. 13, Rachael Bashor almost died from liver and kidney failure before receiving a transplant. This year, a bright light has been another grandchild’s birth in February, to Ryan’s sister Jessie Bashor, a trauma nurse at Grady Memorial Hospital. (She and her husband Cathal Doyle, a professional rugby player, are on the shelter’s board of directors.)

Mark and Katie Bashor continued working at the shelter, one of several dedicated to helping homeless people around the Capitol. A main fundraiser for these shelters is an annual 5K race that raised $10,000 last year. When no one stepped up to organize it, Katie was approached.

She rejected the idea, but a fellow teacher at Fernbank who had also lost her son offered to help. Fernbank parents and children pitched in. Art teacher Jill Harris Brown designed the race logo, a tree for shelter and dove of peace for social justice.

The shelter and family today

Ryan was a swimmer who hated running, and knew how important exercise was to the men living at Central Night Shelter. For those who showed up on Saturday mornings to run, or those who play basketball in a Wednesday program or stretch and strengthen in the shelter’s longstanding yoga class, physical activity is an important element of mental health.

“They get into a routine of knowing that they have to show up for practice and work hard at it,” Katie Bashor said. “We see that translating into getting a resume together and looking for a job and beginning to take more responsibility.”

There’s still time to register for Saturday’s event. All participants will receive T-shirts with the tagline, “Let your light shine,” and for trophies, top finishers will receive flashlights. The darkness of stigma cannot exist if we all luminate it—that is the message of Ryan’s Run.