Sandy Springs has started a series of virtual conversations on the topics of inclusion and belonging. The Sandy Springs City Council is to review the findings this autumn with the goal of establishing policies to create an environment where more individuals feel welcome and respected. 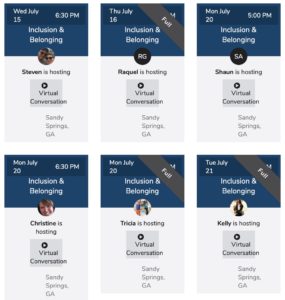 Sandy Springs has scheduled 21 sessions, and intends to add as many as necessary, of its virtual conversation program, ‘Civic Dinners on Inclusion and Belonging.’ Credit: Sandy Springs

The program is titled, Civic Dinners on Inclusion and Belonging. Participants in each session will discuss the same three questions. The moderator will work to ensure each participant has equal time to speak.

The first session convened July 10. A program on Tuesday was full, and five of the 19 remaining sessions are full, according to the booking website operated by the program provider, Civic Dinners. More sessions are to be added as needed.

Sandy Springs Mayor Rusty Paul advocated for the program as a way for city officials to respond to the city’s increasing diversity and density – meaning more residents are likely to be in close proximity to residents with a different cultural heritage. The city’s population grew by almost 17 percent from 2010 to 2019, according to Census estimates – to the current estimated population of 109,452.

Key indicators of the city’s diversity of residents include:

Sessions are available in either English or Spanish, to ensure language is not a barrier for the majority of participants. 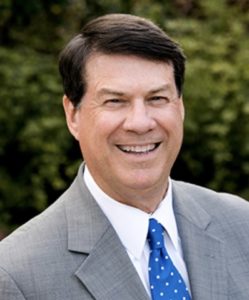 Each session is limited to a maximum of eight participants. The host, a volunteer, may invite a friend or two to join, but the notion of diversity means that most participants won’t be acquainted and will choose a session that fits their schedule.

Notes of the conversation will be taken and will not include any identifying information, city spokeswoman Sharon Kraun said Tuesday. Each participant will be represented by a number, not by name, in the report that is assembled and presented to the council.

The three questions were designed for the Sandy Springs community. Each talking point has a preamble, followed by a question:

Sandy Springs is convening virtual conversations in Spanish and English for its virtual meetings, ‘Civic Dinners on Inclusion and Belonging.’ Credit: Sandy Springs