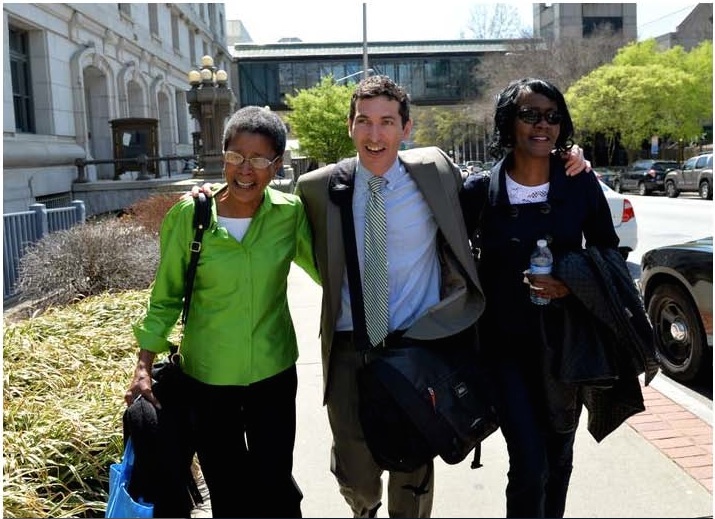 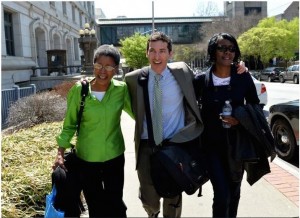 Dessa Curb, Sandy Wallack and her sister after the April 1 verdict. (Credit: Wallacklaw.com)

On Monday morning, when 11 Atlanta teachers are sentenced in the cheating scandal case, local defense attorney Sandy Wallack will observe with bitter sweetness from a rare position in the justice system.

Fewer than 5 percent of criminal defendants who go to trial get acquitted; his client walked away. Dessa Curb, a special education teacher at Dobbs Elementary School, was the only one; her 11 fellow courtroom underdogs failed.

Behind the scenes, criminal defenders like Wallack have to be scrappy fighters all the time. They couldn’t survive otherwise, because this is a profession where winning usually is defined by making sure the prosecution acts fairly and legally. As Wallack racked up more than a year representing Curb, his own resources dwindled along with the odds of her walking free. And in his line of work, there’s no escaping The Question: How can you represent someone like that?

The answer, whether you agree with the verdict in the teachers’ trial, is valuable. Wallack’s story highlights the sacrifices involved in our constitutional rights to effective counsel and jury trial. These issues were paramount in “Serial,” the riveting podcast of a Baltimore criminal case that millions of listeners heard last year. Underdogs offer insights on drive and grit.

Sanford Wallack, 45, moved to Atlanta from Philadelphia at age 10 and attended Dunwoody High School. His dad was an IRS agent, his mom an executive assistant, his older brother is disabled from a rare genetic disease (Tay-Sachs) and his sister is a counselor at Lovett School.

Wallack, who is named in part for the famous pitcher Sandy Koufax, was always set on his career path.

“I was a little prone to arguing and taking the alternate side regardless of the argument,” he said. “Beside being a superhero or pro athlete, I knew I wanted to be in criminal defense.”

He competed in high school debate and studied political science at University of Florida. In his final year at Emory School of Law, Wallack began working with defense attorneys Jay Strongwater and Leeza Cherniak, who were busy with the high-profile murder-for-hire case of Fred Tokars.

They taught by example. “In general, the long hours and effort getting to know the clients, because it’s not cookie cutter work,” Wallack said of his main lesson learned then. “When my wife and adopted our first dog later that year, we named him Fred. It was the least we could do.”

Did anything ever make him want to switch careers? “You take shots to the gut all the time,” he said of defense work. “You certainly lose more issues and arguments than you win. There are times during a case or hearing when I would think, ‘I am done doing this.’ And it just takes one conversation or one motion or new hearing or new client or new story to remind you why you enjoy it. You’re needed.”

Connections in the courtroom

Over time, as he set up his own firm, Wallack’s network in criminal defense deepened and brought Wallack a personal connection to the teachers’ trial.

“I have seen Bob regularly over the years and always remembered his workshop in law school,” Wallack said. “He would come in and say, ‘This is what really works out there in the world.’ It was very practical information.”

The sentencing Monday “will be closure,” said Wallack. His bittersweet feeling results something like survivor’s guilt: His client was the only one to celebrate the joy of acquittal “after having spent so much time with defendants and their attorneys,” Wallack said. “We spent eight months together in the courtroom, so you can’t help but bond with them. I know how hard their defense counsel worked.”

Patience is the one word he would leave for those who aspire to become criminal defense attorneys. “I was always very pushy to get to the next level so I could do more,” he said. “Patience is working with different lawyers, seeing different styles and learning. There’s really no substitute for experience, as much as new, young lawyers do not like that thought. You can’t invent the experience of criminal defense.”

A gamble on belief, avoiding bankruptcy 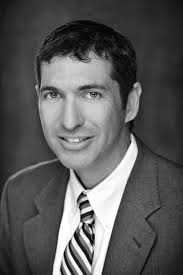 Since the trial ended April 1, Wallack has been making the media rounds with his client, trying to capitalize on the success to build back his business. As a self-practitioner, Wallack had to put the rest of his client work aside to focus on Curb’s case.

“It took a toll financially,” he said. “You do the best you can, living off what you have while accumulating debt and trying not to go bankrupt. We raised that early with the judge, who excused members of the jury pool right and left because they said serving would cause them to become unemployed and homeless. The defense attorneys were in the same position.

“Few people in the world could afford a fee that would have been appropriate to this trial. No one expected the trial to last this long, and no one involved thought this is what we were coming into. But when I commit to a client with the resources that I have, at some point I have to put all the chips in and hope for the best.”

“Criminal defense is no different than a police officer or prosecutor—we are all enforcing laws,” he said. “Our job is enforcing the constitutional rights of the individual, that the big bad government isn’t abusing the poor little citizen’s rights. It’s not the popular side, but for those of us in this profession, it is what we do. The other part that draws me to criminal defense is the core of it: helping someone who needs help. If someone is arrested, or accused and charged, whether that person did it isn’t the issue. That person needs help and guidance…. If you can’t believe in that, you can’t try the case. You have to put your heart and soul into it for the client.”

Because no one knew when the trial would end, Wallack ended up free for spring break with his three kids. It turned into a staycation partly so he could re-acclimate from courtroom stress. To recover from the hard work of an underdog, he went with his kids to the dog park and other activities.

What does Wallack hope his children understand about this case? “The importance of helping other people and doing the right thing even when it’s not easy or necessarily profitable or fun,” he said. “You just have to pull up your bootstraps and do something because it’s the right thing.” Asked if he were heroic for his work in the Atlanta teacher cheating trial, Wallack replied, “If I am heroic, it’s in the same sense that all of the defense counsel were, for doing the job that we all did.”

Previous Article
Delta Air Lines treated so badly by 2015 state legislature – we all should worry
Next Article
New Atlanta Falcons stadium costs rise up to $1.5 billion