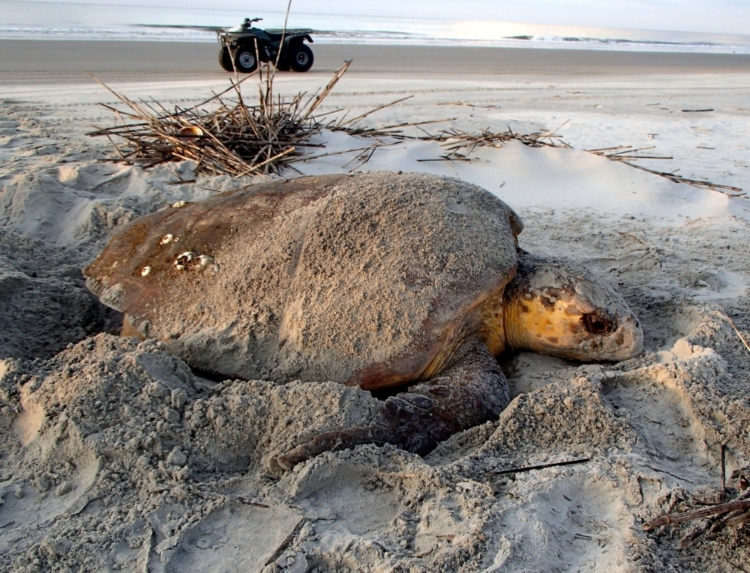 As the sea turtle nesting season heads toward its zenith in June and July, Cumberland Island has hosted the most nests so far this year – even as environmentalists try to block development efforts on and near the island. 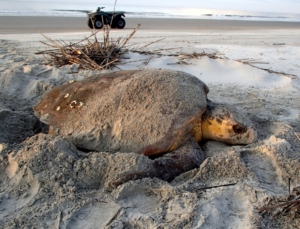 Meantime, environmentalists are engaged in at least two efforts to protect the island from developments they view as threats to a national treasure.

A group based on St. Simons Island has filed a federal lawsuit in U.S. District Court in Brunswick and one in Fulton County Superior Court over construction of a dock built over marshland to serve a privately owned, 87.5-acre tract of land on Cumberland Island.

In an effort unrelated to the dock, some area residents remain opposed to a planned commercial spaceport that would launch rockets over a portion Cumberland Island National Seashore.

The dock that’s subject of two lawsuits is viewed as a precursor of residential development on the Cumberland Island National Seashore, some of which remains in private hands.

The landowner who built the dock, Lumar LLC, received from Camden County in 2016 a hardship variance to divide the land into 10 parcels, according to a report by georgiaconservancy.org. Some nearby residents said at the time they expected a residential development was in the works.

The federal lawsuit opposing the dock’s construction was filed May 3 by the Center for a Sustainable Coast and a member, Karen Grainey. The defendants are the National Park Service, a unit of the U.S. Department of the Interior, and Gary Ingram, in his capacity as superintendent of the park.

Responses are due by July 9 from both the park service and Ingram, according to an order filed Thursday.

The lawsuit contends that Ingram did not have authority to say the federal government had no objection to construction of the dock:

In addition, the lawsuit contends:

If the judge finds against Lumar, the lawsuit contends state law would compel the company to “restore, as nearly as possible, all marshland to the condition existing prior to the alternation of the marshland.”