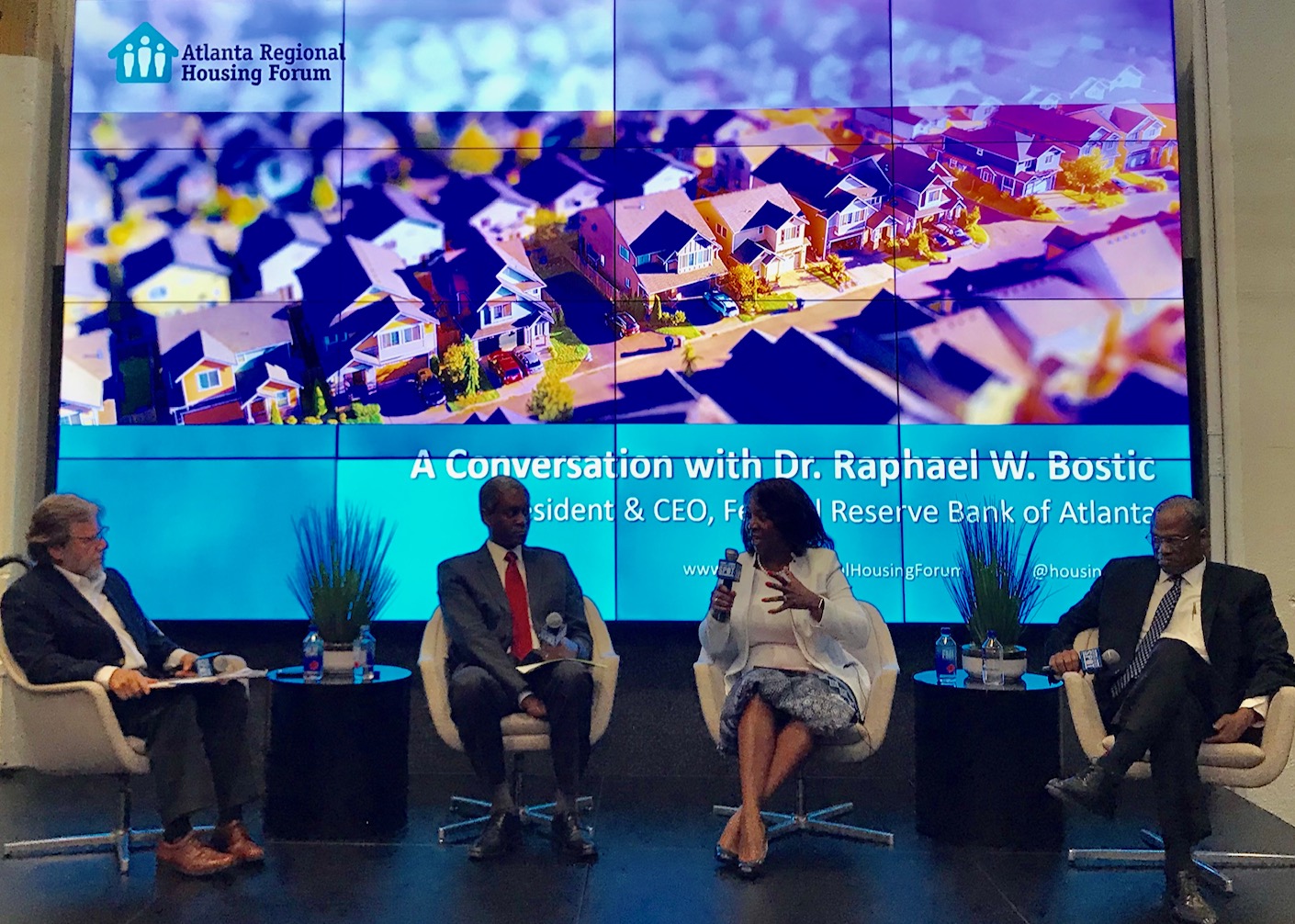 These days, in nearly every community forum in Atlanta, someone mentions the city’s unfortunate top ranking for income inequality in the nation.

Most often, the studies cited are for the city of Atlanta, which has a population of less than 500,000 people in a region with about 5 million people. 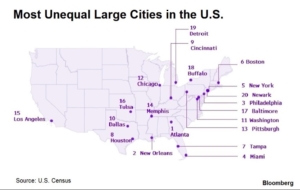 A map showing the most unequal cities in the country with Atlanta ranked No. 1 (Source: Bloomberg)

Bloomberg published a report last October with a headline: “Atlanta Ranks Worst in Income Inequality in the U.S.”

Again, that’s not a ranking touted by the Metro Atlanta Chamber or other economic development organizations.

But now income inequality has become a growing issue in the Atlanta region as poverty has migrated to the suburbs.

During the recent LINK trip to Pittsburgh, Atlanta attendees were impressed by the uniformity of messages that came from Pittsburgh leaders. “If it’s not for all, it’s not for us.” That phrase was repeated verbatim by nearly every leader who addressed the Atlanta Regional Commission’s LINK group. 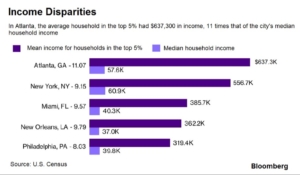 The top five most unequal cities in the country (Source: Bloomberg)

For Pittsburgh, it was a call for equity – to make sure no group is left behind as the former steel city continues its transformation towards an innovation economy.

And the message hit home for regional Atlanta leaders as well.

Brookings published a recent study that analyzed economic growth in the nation’s top metro areas between 2007 and 2017.

Again, despite solid economic growth, incomes in metro Atlanta have languished. and the wide gulf of racial inequality has continued to plague the region.  Annual median earnings for whites hovered around $45,000 while median income for blacks stagnated around $30,000. 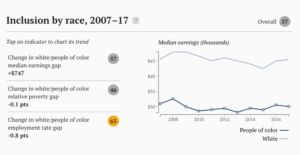 Income disparities between white and black in the Atlanta region (Source: Brookings)

The Annie E. Casey Foundation also just published a report – called “Changing the Odds” – that looked at the racial disparities within the city of Atlanta.

Again, the themes are familiar.

“Black Atlantans experience an unemployment rate that is nearly five times higher than for white city residents and have incomes that are one third what their white counterparts make,” according to the Changing the Odds report. “At the same time, an estimated 95 percent of the 10,000 new apartments built in the city between 2013 and 2016 are considered luxury, even though median household income increased by only 6 percent over that same period.”

The Atlanta Regional Housing Forum held a panel discussion on the topic of equity and housing affordability on June 5 with Raphael Bostic, president of the Federal Reserve Bank of Atlanta; developer Egbert Perry; and Lisa Gordon, president and CEO of Atlanta Habitat for Humanity.

“For anyone to have a shot in life, you have to have access to education, a decent living environment and access to employment,” Perry said. “If you can address those three, income inequality isn’t the problem it is today.”

Perry went on to challenge the current thinking regarding the need for affordable housing.

“I would say we don’t have a housing affordability problem,” Perry said. “We have a community development problem.” 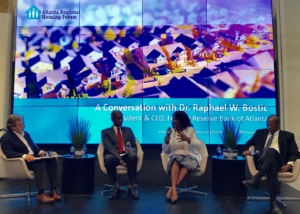 Bostic then weighed in on whether there was consensus in Atlanta on the issues of income inequality.

“The  success on a city level and a regional level is most likely when you have vision,” Bostic said. “My sense is that Atlanta has not really had that. There has not been a North star… where everyone embraces that vision.”

Bostic said Atlanta Mayor Keisha Lance Bottoms has focused on the issue of affordable housing. “The more than affordable housing becomes a crisis, it will be easier to come up with a solution,” Bostic said. “This may be an opportunity to coalesce some people.”

But it’s not just a city issue. It’s a regional issue.

“There are a number of organizations in the city that need to get the message,” Perry said. “The message has to be simple. It ought to be something everyone can embrace – the business community, the civic community and neighborhood-centric organizations. That simple statement should say what are we going to strive for.”

Perry said Atlanta’s messaging in the 1960s was “A city too busy to hate.” 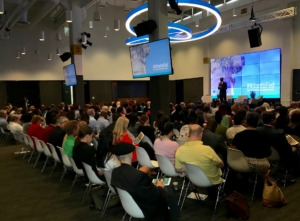 Now Perry said we need another simple message for the region – one that encompasses the following idea. “We want to be a region where every person has access to quality education, housing and that we democratize access to economic opportunity,” Perry said.

During the Q&A portion of the Regional Housing Forum, Tom Cross asked the panel about the need for a regional message. “How do we get various governments in the Atlanta region to work together on a common vision?”

Both Perry and Bostic mentioned the Atlanta Regional Commission as a venue to launch and host the conversation.

“We have to work on good regional solutions,” Perry said. “We have to do that visioning.”

No matter what, the city of Atlanta and the Atlanta region need to move the needle in making our entire metro area more equitable and inclusive.

In short, we need to become a region for all.