Shawn Wilson was happy in his job, until Moment a mentor took him personally to enroll in college 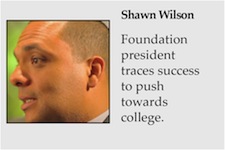 Long before Shawn Wilson began traveling the world as head of the New Look Foundation of renowned Atlanta musician Usher, meeting celebrities and establishing a successful youth leadership program, he was dodging his college application and working at the Milwaukee, Wisconsin YMCA.

Instead of filling out college applications when he was graduating from high school, Shawn began working as the Aquatic Coordinator at the YMCA. At 19 years old, he liked being in charge of the pool and making good money. Yet, despite how hard he tried to justify his decision to put it off applying to college, he eventually decided to – thanks to a Moment forced on him by a YMCA member in one of his water aerobics classes.

Mr. Richardson was an older gentleman who was a regular attendee of Shawn’s classes and took special interest in Shawn’s future.

“Every Wednesday he came in for water aerobics, he would pull me to the side and say, ‘Shawn, when are you going to go to college?’ ” Shawn told us in our accompanying Moments HD video.

In the two years since Shawn had graduated from high school, he had developed a handful of excuses for why he had not yet enrolled in college.

“I would give him all these different excuses, ‘Well, I’m helping my dad, I’m doing this, I’m working a couple jobs right now and I’m going to do it next semester,’ ” he said.

But each Wednesday, Mr. Richardson would come back to Shawn and ask him the same question.

“Finally, one Wednesday he came in and he said, ‘Listen, next week when I come in, I’m going to take you down and get you registered in school.’ ” Shawn recalled.

“I kind of blew it off because I knew I had to work, so I wasn’t too worried about having to do it.”

“Mr. Richardson came in and came walking down the steps with my supervisor, Glenn.” Shawn said. “Glenn said, ‘Go with Mr. Richardson, he’s going to get you enrolled and your time is paid off while you do this.’ ”

A few hours later, Shawn was sitting in the Dean’s office at Cardinal Stritch University, filling out financial aid paperwork.

“Two weeks later I was sitting in class thinking, ‘How the heck did I get here?’ ”

The Moment Mr. Richardson pulled Shawn out of the YMCA had a profound impact. Not only did it impress Shawn that someone had taken so much personal interest in his success, it impacted him practically in his studies.

“It definitely made me finish because I knew he had taken the opportunity to physically take me down there and get me enrolled,” he said. “There was a little added pressure in a good way to finish my education.”

Shawn went on to finish his education at Shorter University, earning a Bachelor of Science in Management, graduating in the top of his class. Not only did Shawn earn a degree, his college experience unveiled a passion of his that would provide him direction for a career – his passion to help others.

After graduation, Shawn had several other successful ventures in nonprofit management – working with the Children Outing Association and The YMCA of Metropolitan Milwaukee and founding SWI Consulting, Inc., a nonprofit management firm – before he joined Usher’s New Look Foundation. 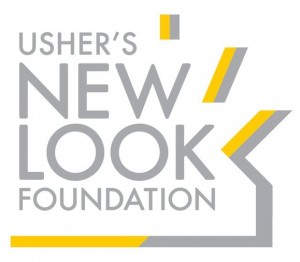 Today, Shawn serves as the president of the board of directors for the New Look Foundation, an organization founded in 1999 by musical celebrity Usher Raymond IV to give kids a “new look” on life. The organization’s mission is to build future leaders and certify young people in four pillars – talent, education, career and service.

New Look provides youth leadership support through four core programs that are now developed in partnership with Emory University. In addition to establishing the Emory partnership, Shawn has helped build New Look’s board into an international group of corporate and community leaders.

Under Shawn’s leadership and direction, New Look has provided nearly 300,000 hours of leadership training worldwide and trained and certified more than 13,000 youth as global leaders.

New Look’s dedication to train and empower youth is continually evolving. Through a partnership with Accenture, it recently launched iLEAD, a new online, interactive curriculum-based educational platform. The platform will accelerate New Look’s five-year goal of certifying 50,000 youth as leaders throughout the world.

As Shawn spearheads the growth of New Look’s global initiatives to instill leadership qualities in youth, he remains thankful for the leadership Mr. Richardson took when he dragged him out of the YMCA and into the dean’s office.

“None of that would have been possible if a mentor, one man, Mr. Richardson had not just encouraged me to go to school, but physically came in, grabbed me, drove me down to the school and sat there while I finished the paperwork and encouraged me to finish – that was my Moment.” 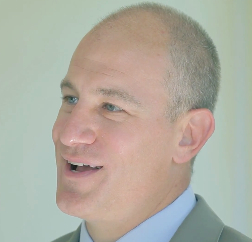 Next week in Moments: Wright Mitchell

Next week in Moments: Wright Mitchell, founder of Buckhead Heritage Society, on the Moment he discovered a hidden neighborhood cemetery.