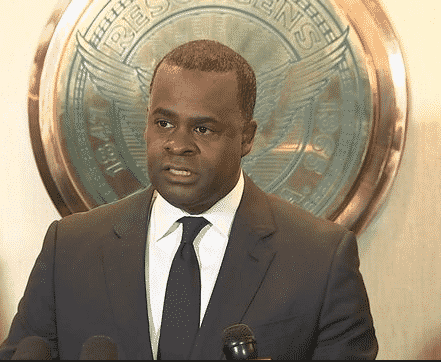 Atlanta Mayor Kasim Reed said recently he believes marijuana (cannabis) is a “gateway drug” that can lead young people to experiment with dangerous narcotics. That theory has been around since the 1970s and is often floated as the rationale for punitive anti-cannabis laws at the national and local level. Although this popular bromide tugs at our heartstrings, it has one major problem: There’s no evidence that it’s true.

Just ask the federal Drug Enforcement Agency (DEA). With little fanfare, the agency responsible for enforcing our nation’s mostly archaic drug laws has abandoned its longstanding position that cannabis is a stepping stone to harder drugs. The reversal came last year after the agency was petitioned by Americans for Safe Access, (ASA) an organization that supports the interests of medical cannabis patients and caregivers nationwide. 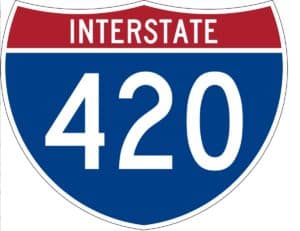 The ASA successfully challenged the DEA to correct contradictory, and inaccurate information that appeared on its website that didn’t  jibe with well-established facts the agency published during a comprehensive review to determine whether to reduce federal cannabis prohibitions.

Unfortunately, the DEA did not reclassify cannabis, as many supporters had hoped. However the agency tacitly recognized that the so-called gateway theory had no scientific or medical basis.

In the August 16, 2016  edition of the Federal Register, the DEA cited numerous studies that concluded there was no causal link proving that cannabis was precursor to other drugs for young people, or for any other age group.  (It’s 80-pages long; just search for the word “gateway.”)

“Little evidence supports the hypothesis that initiation of marijuana use leads to an abuse disorder with other illicit substances,” according to the DEA. “For example, one longitudinal study of 708 adolescents demonstrated that early onset marijuana use did not lead to problematic drug use…”

Another long-term study of 2,446 adolescents also cited by the DEA found that,  “…marijuana dependence was uncommon, but when it did occur, the common predictors were…: Parental death, deprived socio-economic status, and baseline illicit drug use other than marijuana.”

Reed’s comments about cannabis were made in response to a proposed City Council ordinance that would eliminate jail time and lower the fines for simple possession. The legislation is scheduled to go before the full Council on April 17.

Although Reed was misinformed about the connection between cannabis and hard drugs, it seems his heart is in the right place. Reed at least deserves credit for  saying he was “conflicted” and for being more candid than most in acknowledging the horrific impact a generation of anti-cannabis crusaders have had on communities of color.

In Atlanta, for example, arrest for simple possession of cannabis can lead to a $1,000 fine and six months in jail.  Between 2014 and 2016, 92 percent of the arrestees for cannabis possession in Atlanta were African-American and 85 percent were male, according to City Councilman Kwanza Hall who proposed the ordinance.  A nationwide analysis by the American Civil Liberties Union found that blacks were nearly four times more likely than whites to be arrested for marijuana possession.

Like others perplexed by this issue, Reed is rightly concerned that parents — especially single mothers raising at-risk, African-American boys  — will have more difficulty keeping their children safe and drug-free.

“Making marijuana more easily available and penalizing it less sounds good if you have a traditional family structure,” Reed said. “It’s a different thing if you’re a single mom trying to raise a teenager.”

But for children being raised those homes (which presumably means they don’t have the benefit of two loving, involved parents) imposing stiff penalties for cannabis possession is only going to make their already burdensome problems much worse, not easier.

Reducing, or eliminating the cannabis penalties in Atlanta is a good first step toward more rational, less punitive drug policy in the City of Atlanta — and everywhere else.

City lawmakers should approve the cannabis measure if it comes to a  vote next week — and Reed should sign it. Immediately afterward, they need to also commit to addressing the genuine social and economic challenges that are truly putting America’s young people in peril.

Previous Article
In ‘Going in Style,’ viewers’ patience is rewarded
Next Article
The ATL Tour showcases rising talent in healthcare and technology