A majority of American voters in the South have more trust in congressional Republicans than Democrats to handle the economy, according to a POLITICO/Morning Consult poll released Wednesday. 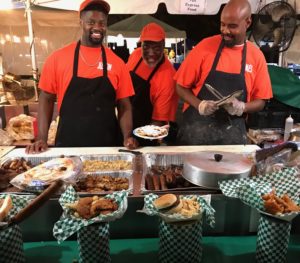 Disposable income and hospitality jobs were evident at the Atlanta International Market, in 2017. The pandemic-related recession has cut into both incomes and jobs, according to a report released Wednesday by the Atlanta Fed. Credit: Kelly Jordan (2017)

Meantime, the economy in the South is soft, according to a report released Wednesday by the Atlanta Fed. Here’s the topline of the Atlanta Fed’s report in the Beige Book:

Poll results on the economy were similar at the national level. These results showed 45 percent of voters have more trust in Republicans, compared to 40 percent who have greater trust in Democrats to handle the economy.

These results come from subsamples of the POLITICO/Morning Consult poll. The margin of error is greater in the subsamples than in results of the national survey of 1,992 registered voters, which has a margin of error of 2 percentage points. The survey was conducted online, from July 10-12, and the data was weighted to approximate a target sample of registered voters on age, gender, educational attainment, race, and region, according to the report. 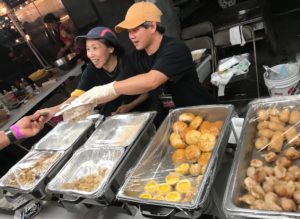 Jobs in the service sector were regained as the economy started to reopen after the pandemic-related shutdowns, but have not reached pre-pandemic levels, as was evident at the 2017 the Atlanta International Market. The Atlanta Fed reported Wednesday the regional economy is ‘soft.’ Credit: Kelly Jordan (2017)

The Atlanta Fed’s report in the Beige Book portrayed an across-the-board economy that is muddling through the pandemic-related recession. The national synopsis of overall economic conditions concludes with this remark:

The Atlanta District covers Alabama, Florida and Georgia, and portions of Tennessee, Louisiana and Mississippi. The report’s categories and first sentences state:

“On balance, economic activity in the Sixth District remained weak from mid-May through June.