‘Split’ shows why Shyamalan should have stopped in 1999

In 'Split,' the kidnapper played by James McAvoy) has a multiple personality disorder and has 23 personalities, all of them vying for their moment in the spotlight. Credit: firstshowing.net
Share1
Tweet
Share
Pin
Pocket
WhatsApp
Buffer
Email
Reddit
1 Shares

More pseudo-thriller than psycho-thriller, “Split” is like “The Three Faces of Eve” (or “Sybil”) meets “The Silence of the Lambs.”

Just when you thought it was safe to go back to a M. Night. Shyamalan movie – last year’s “The Visit” had hinted at a return to his “The Sixth Sense” glory days – along comes this mess. 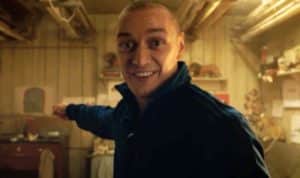 In ‘Split,’ the kidnapper played by James McAvoy) has a multiple personality disorder and has 23 personalities, all of them vying for their moment in the spotlight. Credit: firstshowing.net

“Split” is a perfect example of what can happen when you let yourself get hooked by a well-made trailer. (Full disclosure: I actually thought I would enjoy this movie.)

Anyway, three nubile teens – are there any other kind in horror movies? – are abducted in broad daylight from a mall parking lot.

The twist? Kevin (James McAvoy), the guy who grabs them, suffers from a multiple personality disorder.  His body is a time-share with 23 other personalities, all jostling for their moment in the spotlight.  Among them: A lisping designer, a prudish woman and a 9-year-old infatuated with Kanye West.

Oh, and one more – the one who sees the girls as “sacred food.”

Casey (Anya Taylor-Joy), the Jamie Lee Curtis of the bunch, figures their best chance is to get one of the more sympathetic personalities to help them escape before Number 24, known as “The Beast,” manifests itself.

As we learn from some needlessly prurient flashbacks, Casey has some psychological scars herself, including an uncle who, well, doesn’t behave as an uncle should. 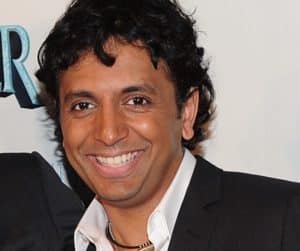 Her companions (Haley Lu Richardson and Jessica Sula) are around mostly to whimper and take off their clothes. Betty Buckley, who plays Kevin’s shrink, is around to … well, you know old ladies (i.e., anyone over 45 in Hollywood-think) are usually around to be knocked off. She also floats the rather eye-popping theory that multiple personalities could be perceived as a plus. “What if people who’ve been shattered are more not less,” she muses.

Sort of like … the X-Men? Shyamalan, who should’ve stopped making movies in 1999, may be thinking in terms of a franchise.

Certainly “Split” has generated enough box-office dollars to warrant a sequel. But for the sake of all of us who love a good – emphasis on good – horror flick, let’s hope this is a one-and-done.

However, it should be noted that McAvoy is having so much fun “acting” that he occasionally sweeps you up in the sheer deliriousness of his portrayal(s).  You rarely get to see a fine actor – which McAvoy certainly is – ham it up with such abandon. It makes you think of Anthony Perkins in “Psycho.”

And we all know what happened to Perkins’ career after that. It wasn’t pretty.