Stadium financiers: Donate some of your profits from bond deals to poor communities, councilman says 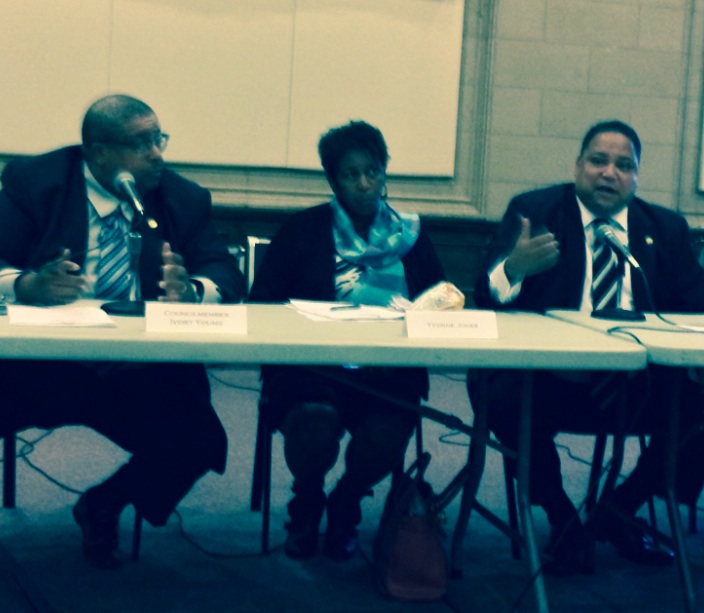 Atlanta City Councilman Ivory Lee Young Jr. said Wednesday the financiers who profit from the sale of bonds for the new Falcons stadium should donate some of their profits to the nearby communities. 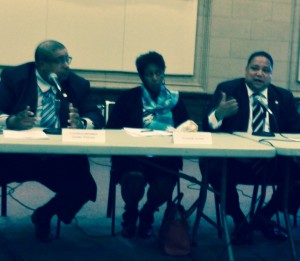 The proposal indicates the escalation of expectations that the future stadium should transform one of the poorest sections of Atlanta. A $30 million urban renewal fund is proving to be far from adequate to address reported community needs.

Young said it’s only fair that bond counsel and underwriters return to the communities some of the significant profits they stand to reap when they handle more than $1 billion in construction funding for the stadium. Young faces two challengers in the Nov. 5 city election.

Specifically, Young wants Invest Atlanta, the city’s development arm, to research and report whether the city could compel the Falcons to use financiers who would return some of their profits to the communities.

Atlanta has some leverage over the stadium deal because it is providing $200 million toward the stadium’s construction fund. But it’s far from clear that Atlanta is any position to ask financiers handling non-city bonds to contribute to a philanthropic effort to bolster three neighborhoods near the stadium – Vine City, English Avenue and Castleberry Hill.

Young thinks the city is in a good position to negotiate.

“The $200 million is a preliminary endorsement, but until this jurisdiction signs off on that and everything else they’re doing, they absolutely need this support,” Young said.

When Mayor Kasim Reed announced the stadium deal in March, Reed said one provision called for team owner Arthur Blank to direct his family foundation to provide $15 million to the urban renewal program. The remaining $15 million of the total fund is to come from Atlanta. The source of the city’s funds is the property taxes collected off new developments in areas west of downtown Atlanta since 1998.

Young would not be deterred and an oral skirmish ensued between the two councilmembers as Young refused to drop his point and Bond sought to maintain order in a meeting that already was running 100 minutes over schedule.

“This councilmember demands that they [Invest Atlanta] produce a white paper to give us the pros and cons of whether this is something we should consider in our negotiations with the Falcons,” Yound said.

To support his point, Young said the Cowboys now play in Arlington because that fan base was more supportive than Dallas. He said the Arlington fan base was a factor in the NFL’s decision to help pay for the new city-owned $1.3 billion Cowboys Stadium.

Bond said the city has not technically provided the $200 million to the Falcons for the stadium project: “Technically, legally, that hasn’t happened,” Bond said.

“There’s a lot to talk about,” Bond said. “But as Ma Ruby used to say, ‘That’s a conversation for the kitchen.”

Young is being challenged by Patricia Harris Crayton and Darrion Fletcher, according to a sample ballot. Bond in unopposed in his bid to retain his citywide post.