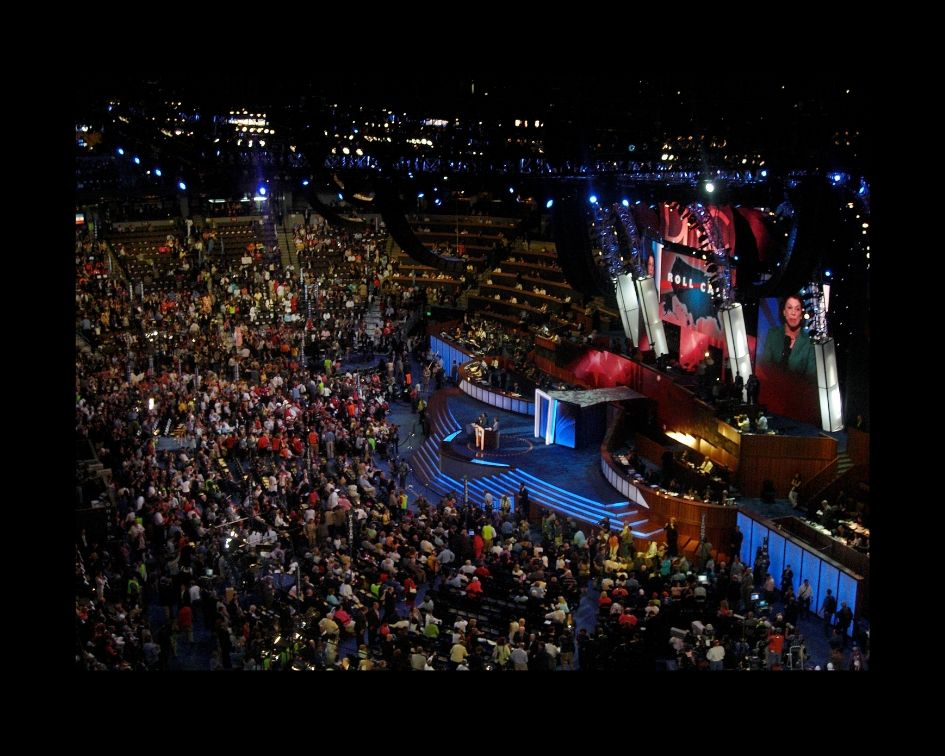 Something at the heart of American politics is drying up, and like the effects of climate change, it will be a long time before we understand what we’ve lost.

For most of our history, analyst Lee Drutman writes in the fall edition of Foreign Policy magazine, the two parties were “sprawling, mixed-up coalitions of state and local groups… flexible enough to compete in most places with different faces and with enough overlap to make deals in Washington.”  The parties have grown more sharply divided and partisan, he argues, dividing the nation in a way which brings out the worst in the opposing sides. And for that reason, he writes, the two-party system needs to be broken up and replaced with a multi-party politics more like that of many of the world’s democracies.

You can differ with the remedy Drutman proposes, which would be monumentally difficult to pull off even if it did turn out to be a good idea. But when you look around, there’s ample evidence that those “sprawling, mixed-up coalitions” have indeed come on hard times.

In the old days, legendary campaign reporters were famed for their Rolodexes, crammed with the numbers of local party bosses and politicos who knew the political pulse of their states. Today, if you wanted to reach someone at the South Dakota Democratic Party, you’d have to do so online. The party has closed its two offices and no longer has a physical presence in the state.  There have been budget problems along with charges of mismanagement, but the South Dakota Democratic Party, now virtual, also reflects a larger decline in the health of state parties.

That was not some impassioned voting-rights activist, railing away at a Republican secretary of state. It was the chair of the Alabama Democratic Party, Nancy Worley, testifying last summer before the credentials committee of the Democratic National Committee in San Francisco. The committee yanked credentials for Worley and other party officials after they refused to adopt new party rules and stand aside for a new election of party officers.

This battle between the old guard of the state party and others allied with the national party is still raging, with the two groups approving rival sets of bylaws this month. Beneath the loud cussing, petty fiefdoms, questionable finances, and technological incompetence involved in this story, it reveals the strains wearing on those “sprawling, mixed-up coalitions of state and local groups” which were once the vessels of American politics.

The DNC has pushed the state party to include Hispanics, Asians, gays, the disabled and other groups in its definition of what constitutes a minority. This was taken as a direct threat by Joe Reed, head of the Alabama Democratic Conference, which has set itself up as the voice of black voters in the party. He has branded as racism what some see as an effort toward diversity. Worley, who is white, has allied herself closely with Reed and the ADC.

This isn’t just a Red State spat which the DNC can ignore, because U.S. Sen. Doug Jones, already in a precarious position, has become ensnared in the fight. His opposition to Worley has prompted ADC leaders to brand Jones — who as a U.S. attorney prosecuted the Birmingham church bombers — as a racist.

By and large, Republican state parties have done a better job of keeping their financial difficulties and internal rifts out of the spotlight, but the relevance of state parties on this side of the political divide is equally in doubt. There are precedents for canceling caucuses and primaries when a party has an incumbent president. But in calling off their contests next year, South Carolina, Kansas, Nevada and Arizona have deprived their voters of a voice at what could be a crucial time in their party’s history. When Donald Trump is gone, the party of Trump may have a hard time knowing what to do with itself.