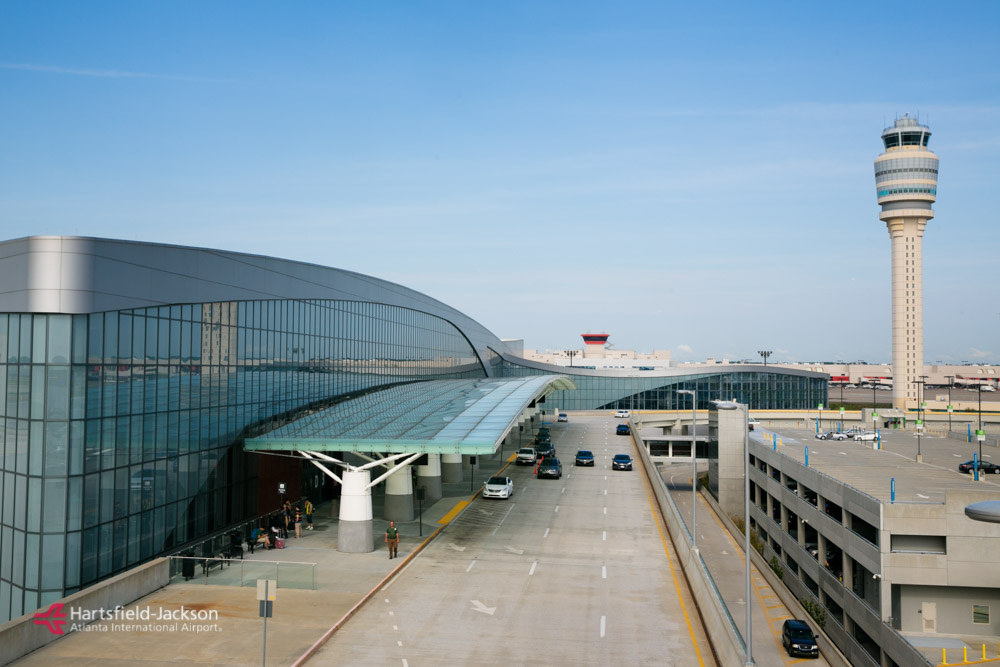 A proposal in the state legislature to take over Atlanta’s Hartsfield-Jackson International Airport would be hilarious if it weren’t so darn scary.

Republican legislators, who usually argue for more local control and government closest to the people, are attempting a heavy-handed takeover of Georgia’s economic jewel – Atlanta’s airport.

Here is a quick history lesson dating back more than 90 years. 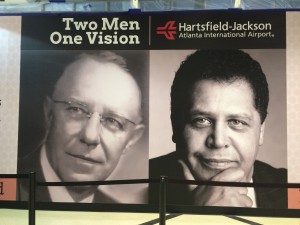 Two Men, One Vision poster at Hartsfield- Jackson Atlanta International Airport welcoming arriving passengers. The poster is of Mayor William Hartsfield on the left and Mayor Maynard Jackson on the right (Photo by Maria Saporta)

It was the leaders of Atlanta – starting with Atlanta Mayor William Hartsfield and continuing to Mayor Maynard Jackson and every mayor since then – who had the vision, approved the investment and shouldered the risk of building and developing the world’s busiest airport.

There have been multiple efforts by legislators over the years to swoop in and get control of Hartsfield-Jackson. That raw power play has never been successful – for good reasons.

But Senate Bill 131 is more dangerous than previous efforts – receiving a favorable, yet partisan, 34-22 vote in the Georgia Senate last week. The latest excuse is the ongoing federal investigation of corruption at Atlanta City Hall (which probably involves characters who took advantage of concession deals at the airport) under the leadership of former Mayor Kasim Reed.

Delta Air Lines CEO Ed Bastian has spoken up strongly against a potential state takeover of Hartsfield-Jackson, and he has accurately said there is no guarantee a state-run authority would be better ethically than the city.

“No question that the issues around corruption and some of the political challenges of managing a large municipal commercial operation require further improvement,” Bastian said last fall. “I’m not certain why the state is not going to have the same issues on that that the city has.”

Even Georgia Sen. Burt Jones (R-Jackson) acknowledged: “When you deal with people, you always will have issues to attend to.”

So let’s get down and dirty by looking at the proposed governance structure of the new Georgia Major Airport Authority.

The legislation says the authority shall consist of:

The Governor or designee;

The Lt. Governor or designee;

The Speaker of the House of Representatives or designee;

The commissioner of transportation or designee;

The commissioner of public safety or designee;

The commissioner of economic development or designee;

Two persons to be appointed by the Governor;

Two persons to be appointed by the Lt. Governor;

Two persons to be appointed by the Speaker of the House; and

Two persons to be appointed by the governing body of the county in which the majority of the airport is located (Clayton County).

The city of Atlanta – which owns Hartsfield-Jackson airport. The city would not even have one representative on the authority’s board. That’s not only insulting; it’s mean-spirited.

Here’s something else to consider. 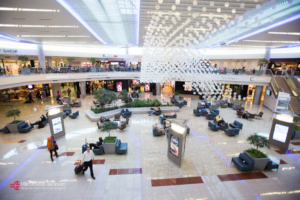 State leaders behind this takeover attempt argue they want to model the airport authority after the Georgia World Congress Center Authority and the Georgia Ports Authority. Admittedly, both have been well-run over the years.

But let’s look at their governance.

The Georgia World Congress Center Authority has 15 board members. All of them are white males with the exception of one African-American male and one white female.

The Georgia Ports Authority has 12 members on its board. They are all white males with the exception of one white woman.

Then there are the myriad of legal and financial obstacles the state would face in such a takeover. 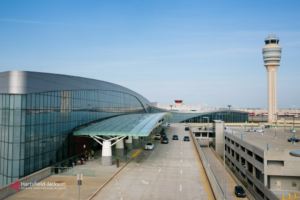 During testimony before the Senate Transportation Committee, Doug Selby, a bond counsel for the city of Atlanta, accurately outlined a series of legal and financial obstacles of such a takeover.

A transfer would require approval from the Federal Aviation Administration. It also would require the state to come up with $3 billion in escrow to pay off outstanding bonds, and bondholders would have to approve the transfer.

Plus, the city of Atlanta most certainly would not be willing to sell or give the airport to the state. One legislator asked how the city would be compensated for the airport if the state took it over (maybe by eminent domain). I asked an insider to estimate the market value of the airport, and he said it was probably in the $25 billion range.

My former colleague, Jim Galloway of the Atlanta Journal-Constitution, said such a move would become Georgia’s version of Brexit, the seemingly endless move for Great Britain to exit the European Union.

Under the leadership of the Atlanta City Council and its president – Felicia Moore – coupled with efforts by Atlanta Mayor Keisha Lance Bottoms, the city is taking significant measures to be more transparent and to clean up the city’s procurement process. 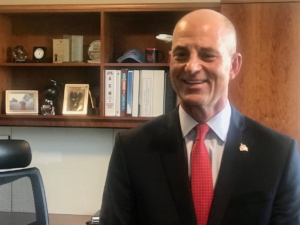 “This airport…is the pinnacle of what airports strive to be throughout the world,” Selden said during the Senate committee hearing. “We are the envy of every domestic airport in this country. The city of Atlanta has built this incredible airport that is a jewel. We’ve built it piece by piece over 100 years. We are an amazing, efficient operation. The airport is far from broken. This is the Ferrari of airports.”

So Georgia leaders who are pushing the airport take over effort, please stop driving this wedge between the state and the city of Atlanta. 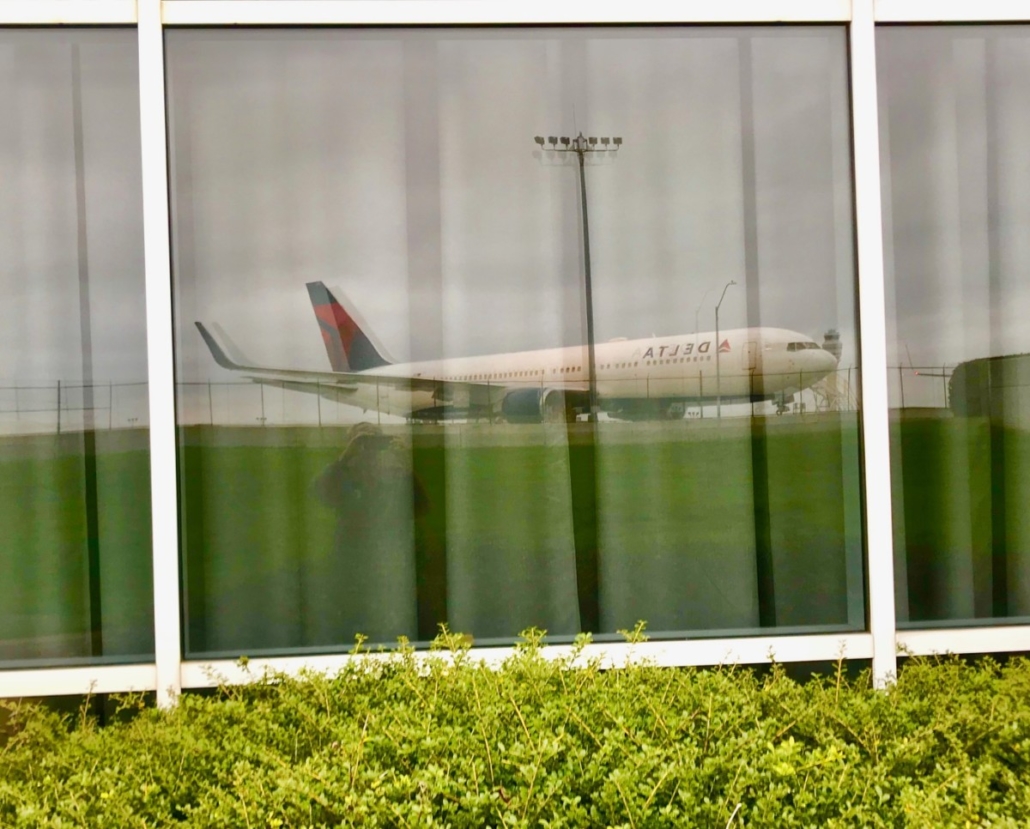