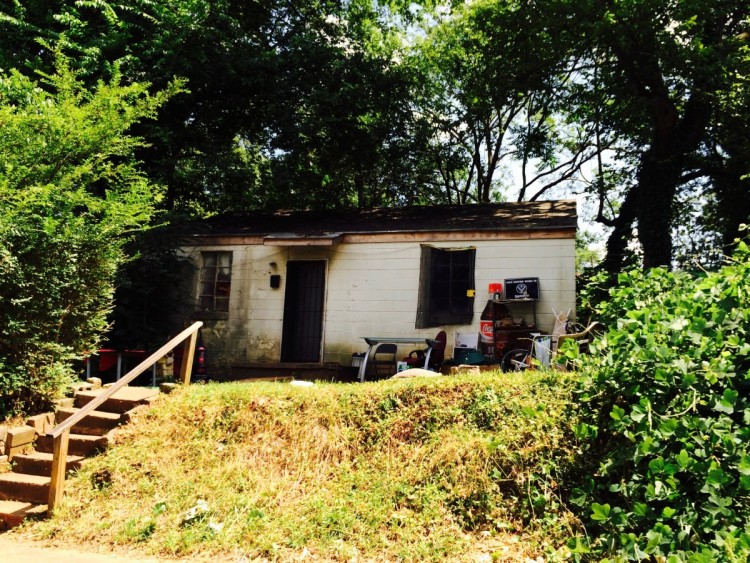 There was a time when a program to provide low-income students in Atlanta with free computer tablets and free home internet service was big news. It still is, even though scant attention has been paid to a White House program that has placed tablets in the homes of 220 Atlanta pupils. 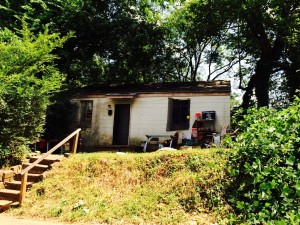 Some students who live in Atlanta’s low-income neighborhoods are receiving a free computer tablet and free internet service for a year through a federal program that aims to give them the same tools as students with more wealth. Credit: David Pendered

Atlanta’s low-income, inner-city children are among their peer group nationwide. They are youths who have been left behind as their more wealthy classmates speed along what used to be called the Information Superhighway, according to a findings in a report from the President’s Council of Economic Advisors.

When it comes time to apply for college, poorer students start from the rear.

Given that 90 percent of college applications nationwide are submitted online, students without access to a home computer and internet access are at a competitive disadvantage to gain admission to college, according to the White House program, ConnectHome.

Last week in Atlanta, 150 tablets were distributed to pupils from low-income families in a follow-up to the distribution of 70 tablets in January.

T-Mobile is providing the free internet service for a year. Students will keep the tablets, which provide hot spots to enable five other devices to link to the internet, according to a spokesperson for Atlanta Mayor Kasim Reed.

The only media coverage of the April 12 event was provided by two newspapers. They published a total of nine paragraphs on the subject, according a report provided by Reed’s press office. 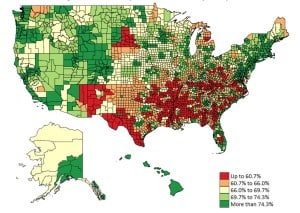 Metro Atlanta is one of the places in the Deep South that have embraced the internet, though some areas still haven’t adopted it. Credit: whitehouse.gov

The scant coverage indicates the media’s presumption that readers view as mundane the availability of home computer devices and internet connection. The assumption is valid.

But these percentages are for the entire region. The picture is dramatically different within the city of Atlanta.

Almost 29 percent of Atlanta households either didn’t have a computer in 2014, or had a computer but didn’t have internet access, according to a calculation using Census estimates.

The hard numbers reported by the Census are that Atlanta has 189,431 households. Of these, 28,461 don’t have a computer in the household and 26,099 have a computer, but not internet access. 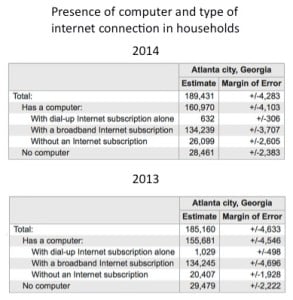 Almost 29 percent of households in the city of Atlanta have no computer or have no internet access. Credit: census.gov

Lack of access to a computer after students leave school for the day is but one of the challenges facing Atlanta youths.

Two reports that address Atlanta’s low-income children and their neighborhoods outline the enormous challenges youngsters face if they want to improve their economic situation.

A stunning report revealed that Atlanta ranks 50th out of 50 cities in terms of children from the bottom fifth income bracket moving to the top fifth bracket, according to a 2013 report by Harvard University. Only Memphis had a lower percentage of mobility than Atlanta. The report defined Atlanta as a region comprised of Clayton, Cobb, DeKalb, Fulton and Gwinnett counties.

In February, Georgia Tech Professor Daniel Immergluck released findings that highlight some of the social challenges faced by children from poorer households. Their homes and neighborhoods simply aren’t stable and secure.

Immergluck found that blighted properties require up to $5.7 million a year in services from city agencies including code enforcement, police and fire dispatches, and the Department of Corrections’ Clean and Close Project, which clean and board up vacant properties. Emergency sirens and people squatting in derelict buildings aren’t conducive to study.

Amidst all these challenges, a home computer that’s connected to high speed internet is a basic tool to improve the lives of Atlanta’s disadvantaged youngsters, according to a number of city and federal officials who spoke at the April 12 event.

As Ed Jennings, Jr., HUD’s southeast regional administrator, said, “The ConnectHome initiative levels the playing field for the families and children we serve. Now they will be able to go online to complete their homework, apply for jobs and also apply for college admission and ultimately a better future.”