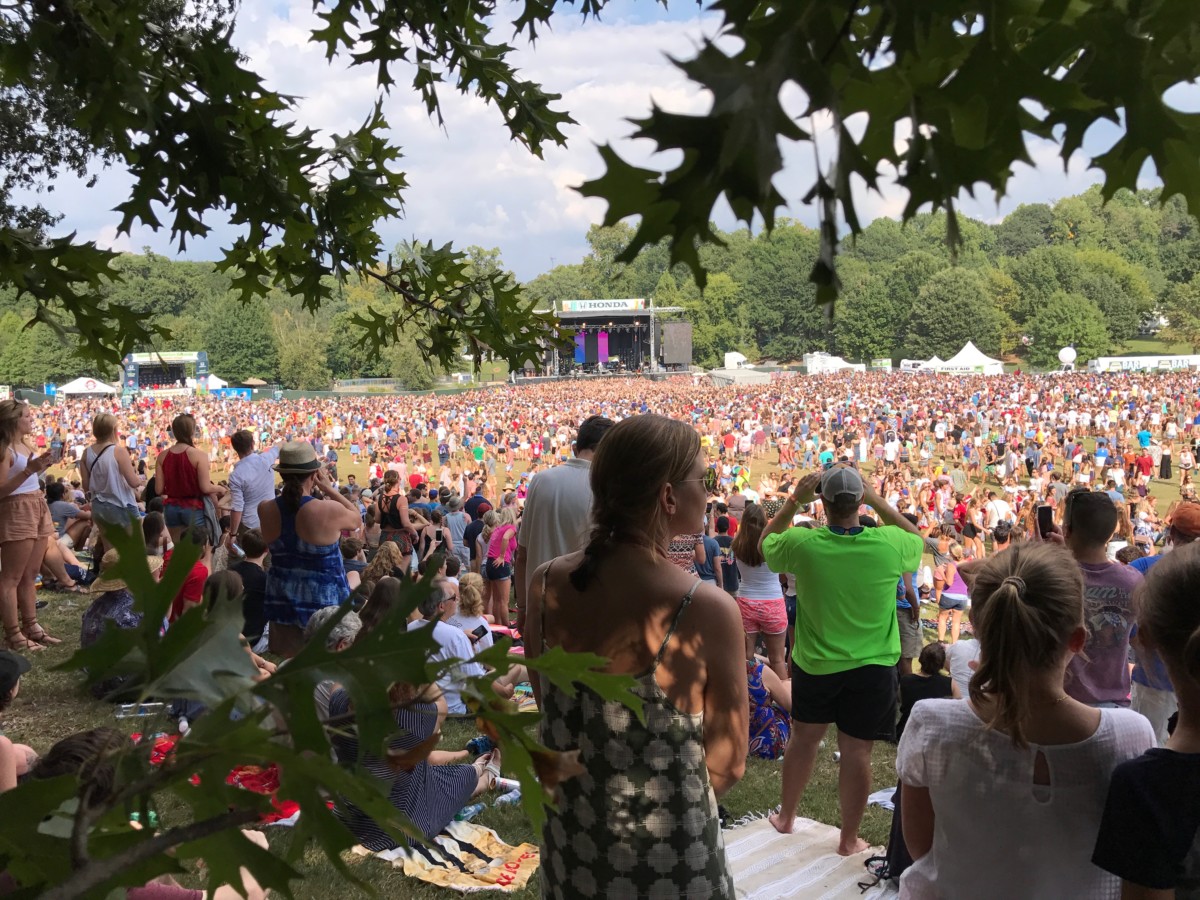 The weather was gorgeous (no rain or storms and not too hot) on both Saturday and Sunday. The music was fabulous (at least most of the acts I saw). And, as always, it provided some of the best people-watching in town.

But I kept thinking – what if Music Midtown had happened a week earlier when Hurricane Irma was making its way through Georgia.

Four years ago (when it was a Friday-Saturday event), a major storm hit during the main day so that by the time the Red Hot Chili Peppers were closing down the festival, Piedmont Park’s meadow had been turned into an ankle-deep mud pit. 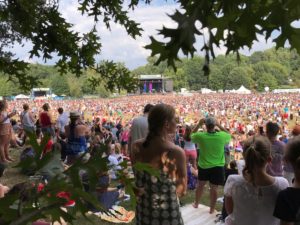 At the time, I wrote a column saying that loving Music Midtown and Piedmont Park should not be mutually exclusive.

Here’s the obvious. Outdoor festivals are a gamble. It’s impossible to know whether the weather will cooperate given all the months required for advance planning to put on one of these mega-events.

I can’t imagine the stress a festival promotor goes through to plan an event when a major element of its success – the weather – is totally out of his or her control.

That said, there’s nothing better than listening to live music in a park while being surrounded with trees, plants, grass and fresh air – without cars or trucks getting in the way of the thousands of people enjoying Atlanta’s signature green space.

Outdoor music festivals are among the amenities that make our cities special – and they definitely improve the quality of life for the people who are able to pay for a ticket to enjoy the sights and sounds.

Like anything, there are pros and cons. Several of the neighbors who live right next to Piedmont Park are inconvenienced for days leading up to a mega-festival. I know because I am one.

But I view it as the price I pay to live next to such a special place as Piedmont Park, and I have long taken the attitude: If you can’t beat them, join them. Actually, I’ve been part of Music Midtown since its inception – never missing a year when it’s been held. 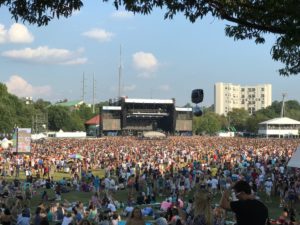 It’s wonderful to be able to walk to Piedmont Park and have Music Midtown and other major events right at our doorstep. I also know that not all of my neighbors feel as I do, and I strongly believe their views and concerns should be an integral part of the conversation of how the City of Atlanta permits festivals and events in Piedmont Park and around the city.

At a July Atlanta mayoral forum on parks and green space, I asked the candidates whether they supported keeping Music Midtown in Piedmont Park; whether the city should explore having other venues for mega-events; and whether the fees festivals and events pay the city should be allocated to the parks department.

Most candidates supported having a mechanism to allocate some or all of the fees to the parks department with nearly all of them feeling the idea warranted further study.

Several candidates mentioned other potential venues where one could have mega-events including the proposed Bellwood Quarry Park, the Prison Farm, Fort McPherson and even the Mercedes-Benz Stadium. 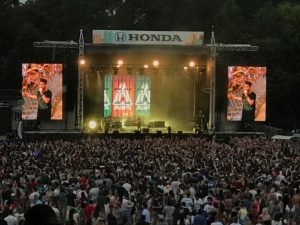 As I wrote in a column after last year’s festival, the relationship between Live Nation and City Hall likely will change under a new Mayor, a new City Council President and a majority of new City Council members.

Given the city’s changing leadership, there is an opportunity for a fresh look on how we can balance our love for festivals with our love for parks.

Over the past several years, I also have had the opportunity to learn more about how the Piedmont Park Conservancy is helping mitigate the damage the park experiences during a major event like Music Midtown – especially when there’s bad weather.

Mark Banta, president and CEO of the Piedmont Park Conservancy, has told me over the years that Live Nation goes to great lengths to protect the park with the placement of stages and concessions as well as the installation of plastic flooring to cover areas prone to flooding and over-use. Live Nation also is responsible for returning the park to its pre-festival condition, which it does as well as any festival that uses the park. 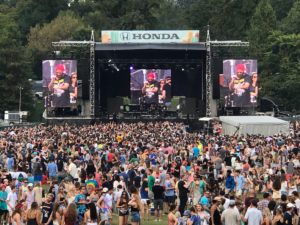 The Strumbellas play at 2017 Music Midtown (Photo by Maria Saporta)

No matter what, Banta has convinced me that Piedmont Park can withstand the wear-and-tear that occurs during a mega-event like Music Midtown. The root system that is part of the hybrid Bermuda grass in the meadow is so strong that the grass will return even in the worse weather. Even if a Hurricane Irma-style event occurs during Music Midtown, Piedmont Park is in good enough health to bounce back in due time.

And let me state for the record, I do believe it is possible to love both Music Midtown and Piedmont Park – especially when efforts are made before, during and after the event to protect and enhance our parks and green space as well as the surrounding communities. 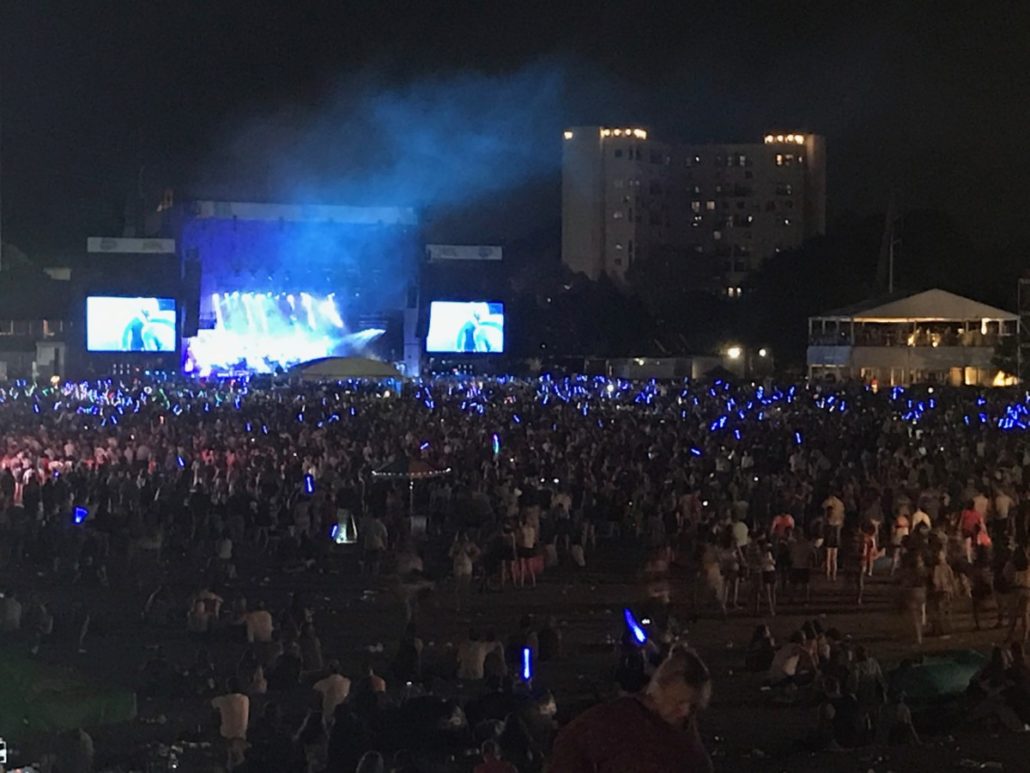 Previous Article
In an African mirror, reflections of how we got to where we are
Next Article
Confederate monuments, white supremacy: Moral issues aired in Emory discussion

Responding to disasters on many fronts
SaportaReport September 18, 2017 2:36 pm

Responding to disasters on many fronts