An invention presented at the Energy Summit of the Atlanta Better Buildings Challenge uses a membrane to mimic the action of a fish gill, to reduce the energy required to handle air in commercial buildings. Credit: Architectural Applications

A panel that reduces energy consumption in commercial buildings by behaving like fish gills was one of four inventions presented at the recent Energy Summit hosted by the Atlanta Better Buildings Challenge.

An invention presented at the Energy Summit of the Atlanta Better Buildings Challenge uses a membrane to mimic the action of a fish gill, to reduce the energy required to handle air in commercial buildings. Credit: Architectural Applications

All four inventions are gee-whiz efforts to expand the frontier in the field of sustainability. As such, the descriptions of these products read like a story about space in Popular Mechanics.

And as such, they present a glimpse into a possible future – one where the heating and cooling of buildings doesn’t consume more than 40 percent of energy produced; where wind turbines don’t kill birds; and where solar and wind power can be stored in a safe and affordable battery.

The four inventions on display at the May 5 event were finalists in the 2015 Ocean Exchange contest. Ocean Exchange is a program based in Savannah that aims to promote the implementation of innovative ideas. This year’s contest offers two $100,000 grants to the top two innovations on the topic of, “Translating Sustainability into Value.” 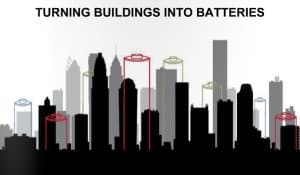 “These presentations are thrilling to watch, and the technology has potential to help the Atlanta Better Buildings Challenge participants,” Millicent Pitts, Ocean Exchange’s executive director, said in a statement.

“The solutions revealed at the 2015 Ocean Exchange serve as great examples of how the market is continuing to offer new and innovative ideas that will save energy, water, and money,” Shelby Buśo, program manager of the Atlanta Better Buildings Challenge, said in the statement. “We are excited to share these opportunities with our participants.”

The device that works like a fish gills is named Airflow Panel. According to its creator, the panels remove heat and humidity from incoming fresh air by passing it through a membrane before it is moved to an air handling unit. 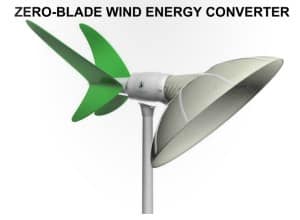 The membrane performs the same function as a fish gill, which take in oxygen from water passing over the gill.

The panels offer something for landlords and tenants and environmentalists, according to pages on the website of inventor Architectural Applications: 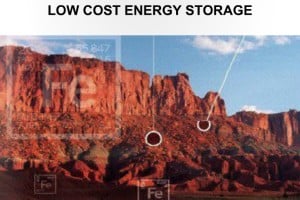 Here are snippets about each of the three other inventions. The number in front of each device refers to the product’s number on the summary of finalists for the 2015 Ocean Exchange contest:

Previous Article
Corners by Kelly Jordan
Next Article
Are we willing to harness the power of all women?