Sustainable packaging: The food container is just as important as the edible contents it transports

Editor’s Note: This is the first story in our three-part series on Georgia’s sustainable food movement. The second story will explore the state of the current sustainable food industry. The conclusion will visit a farm-to-table wedding.

Consumer criticism of the basic styrofoam cup once dimmed the future of Freshens, the large Atlanta-based yogurt and smoothie company. 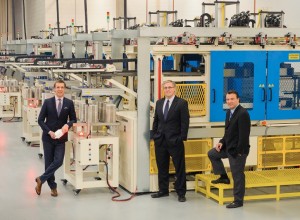 Freshens’ ditched those non-degradable cups and replaced them with totally compostable ones in a dramatic example of the evolution in food packaging, according to Christian Hardigree, a professor at Kennesaw State University.

As the nation celebrates Thanksgiving Day this week, food packaging will take its place in the preparation of dishes for some tables. For some consumers, packaging is becoming an important aspect of their effort to eat healthy foods and farm-to-table products, and otherwise embrace sustainable agriculture practices.

“Sustainability is a spectrum,” Hardigree said. “Nobody is doing everything. The issue is where you fall into that spectrum. … It’s about making changes where it makes sense.”

Consider styrofoam, once the standard vehicle for many different types of food and beverage products. Now consider that it is thought to last for thousands of years in landfills and may release carcinogens, according to georgiarecycles.org – which is sponsored by Coca-Cola Recycling. Consumers began balking at the use of styrofoam.

As consumers grow aware of these practices and voice concerns, the market is coming up with alternative solutions, according to Hardigree, director and professor of KSU’s Institute for Culinary Sustainability and Hospitality.

“What we’re finding is that more and more companies are moving into this sphere of having some biodegradable food service ware,” Hardigree said.

A new company is Tucker is one such entrant.

American Fiber Packaging expects to go to market early next year with a food service container made of thermoformed molded fiber products that are compostable and are to be rated biodegradable next year.

The containers are to be sold directly to the restaurant industry and will take various shapes, such as trays used at salad bars and the ubiquitous clam shells that transport burgers and sandwiches. 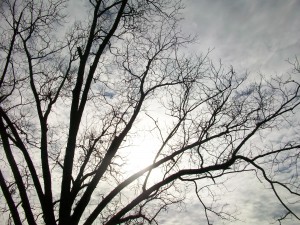 Naturally, there’s a website devoted to the issue of sustainable food packaging, and probably there’s more than one. Hardigree noted one that reports, “foodservice establishments are the most energy intensive consumers in the entire commercial sector.” The website devotes an entire category to disposable food service products.

One twist AFP intends to bring to the table is that its products are American made. The point is not just that the company creates jobs in metro Atlanta. It’s also that the containers are not made overseas and transported, thus adding to their overall carbon footprint.

In addition, AFP sees the eco-friendly container industry as one with a lot of potential because it is so nascent, said investor Joseph Bild, of Bild Alternative Investment Corp.

“There is a great need in the market place for sustainably sourced American made food service products,” Bild said. “We should not confuse need with demand. We as a society haven’t reached the point where there is great demand in the market for domestically sourced earth friendly products. Price is still the bottom line.

“Any organization can be purpose driven,” Bild said. “We are not in a high margin industry, we knew that going in. However, we are in a high impact industry. By sourcing these products locally and sustainably, we can create jobs and positively impact the community and environment around us. … If we are all willing to give just a little, this market can go a long way.”

Previous Article
Weekly potluck dinner turns Atlanta friends into family
Next Article
A roundup of state business rankings, and what they mean