The moment he started his firm in March 2007, T. Dallas Smith knew this day would come.

Smith — who is on the eve of turning 60 — is handing over the role of president of T. Dallas Smith & Co. to Leonte Benton, 38, who has been with Smith since the inception of the firm.

Their story is a tale of perseverance, determination, mentorship and a formula for success. 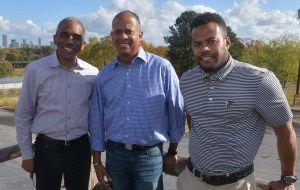 “From day one, he told me he was going to raise me like a son and that one day I would be running the company,” Benton said.

Smith met Benton in December 2006 through his business partner Brian Jordan, the Atlanta Braves baseball player. Smith had been in the real estate business since 1982, and he was used to young Black men coming to him to get into the business.

“I always asked people the same question: ‘Do you have a real estate license?’” Smith said. “That was my method of getting rid of people because no one ever came back. After three weeks over the holidays, he came back and said: ‘Mr. Smith, I’ve got my real estate license.’”

“When I told him I had my real estate license, he looked at me like a deer in the headlights,” Benton recalled. “He started laughing hysterically at me. I’ve said that to at least 50 people, and no one followed up.”

Still, Smith was trying to figure out how to get rid of Benton, who had offered to work for nothing so he could learn the business.

“He had me do everything from A to Z,” said Benton of the thankless tasks Smith assigned to him. “I did everything with a smile on my face. He eventually took a liking to me.” 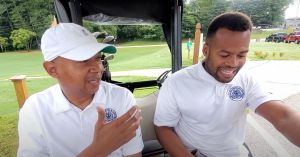 Finally, after a few weeks, Smith had an epiphany.

“This was you when you were trying to get into the real estate business,” said Smith, who had worked with the legendary builder Herman J. Russell. “Everything I had done in my life was to prepare me for this moment.”

Smith launched T. Dallas Smith & Co. with Benton by his side.

“We had no money. We had no clients. But this kid had faith in what we were doing,” Smith said.  “We started from scratch, and we became the No. 1 African American tenant rep firm in the country.”

T. Dallas Smith & Co. is probably best known in Atlanta for securing the deal for Microsoft to occupy 523,511 square feet at Atlantic Yards next to Atlantic Station, which was declared the largest office lease in 2020. But it didn’t stop there. Using an alias, the firm continued to work with Microsoft to acquire 90 acres of land at Quarry Yards and Quarry Hills in the Grove Park community for a future campus.

Smith credited a core team of five leaders for landing the Microsoft deal, who he described as a “handful of mighty warriors.” The five on the Microsoft team were Smith, Benton, Dexter Warrior, Cedric Matheny and Corey Ferguson. In fact, teamwork is a good way to describe how the firm operates.

“We are singularly focused on the tenant,” Smith said. “We have the entire leadership team is looking at the deal.”

Before starting the firm, Smith described himself as a transactional player more focused on the deal than on relationships with the client. Now that has totally changed.

When Smith talks to the firm’s 16 associates, he tells them: “Let us focus on what’s going to matter, and that’s relationships.” That helps explain how the firm has become a national player in real estate working with top corporate clients, such as AT&T and FedEx among others.

“We have done more deals outside of Atlanta than we have in Atlanta,” said Smith, who has real estate licenses in 16 states and business partners all over the country. 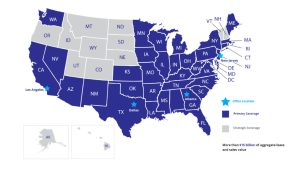 Smith, who will remain CEO of the company, is shifting some of his focus to starting a new venture called TDS Investments. He also will continue to be one of three managing partners of T. Dallas Smith & Co. along with Benton and Warrior, who Smith described as his alter ego. Warrior, the firm’s chief operating officer, is virtually the same age as Smith. When he joined the firm 12 years ago, he knew Benton eventually would be running the company.

“Leonte has been raised by two old guys in the business,” Smith said. “He’s got this business down cold. People like him. People respect him. He’s young, but he’s got an old soul.”

Smith explained that all the brokers will now report to Benton in his role as president. In another symbolic move, Benton will be taking over the corner office, and Smith will move to an office next to Warrior. 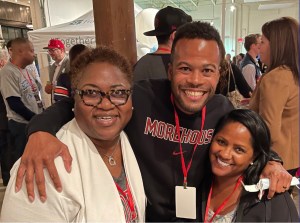 It’s an amazing tale of success for Benton, an Atlanta native who knew he wanted to be around tall buildings from the age of 4. That’s when a family member was working construction on what is now the Bank of America Plaza in Midtown.

“My father and I would spend time together when I was a kid watching that building go up. We saw it go from dirt to the tallest building in Atlanta,” Benton recalled. As a young boy, Benton declared: “One day I’m going to own a building like that.”

When he was 7, his father went to prison. But knowing of his son’s interest, he would send Benton articles related to the real estate business. His mother worked four jobs to support Benton and his two younger sisters, never complaining.

Benton had several near misses where his life could have turned out completely different.

When he was 14, he was arrested for the first time. His 10th-grade English teacher became a role model. He had become a millionaire by investing in real estate. In the 11th grade, at Creekside High School in South Fulton, a coach told him to go into commercial real estate rather than residential. His godfather, who owned several small apartment buildings, explained to him that commercial real estate were the skyscrapers, such as hotels and office buildings. 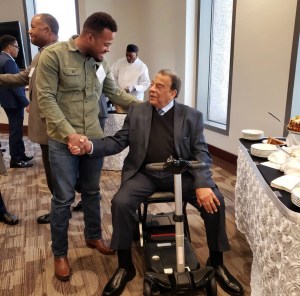 After barely graduating from high school, Benton said he was 19 or 20 when some of his friends got arrested, and one friend was fatally shot. That led to him and a couple of his friends to move to San Diego to attend Grossmont College to play football and get a two-year associate’s degree. At the urging of his godfather, Benton decided to return to Atlanta where he could have an impact on his hometown.

On the way back east, he wrote down the names of 100 successful people he wanted to meet, including Warren Buffett, Arthur Blank, Herman Russell, Truett Cathy and Harold Dawson Sr.

“I had the opportunity to interview a lot of those people,” Benton said. That was his frame of mind when he met Smith through Brian Jordan. At a pivotal lunch at the Ritz Carlton downtown, Smith told him: “If you give me five years of your life, I’ll teach you everything I know.”

Succession stories are rarely as clear-cut as the one underway at T. Dallas Smith & Co.

“He’s been extremely generous with his time. He’s been intentional about sharing everything with me. It’s a genuine relationship. I love that man dearly for what he’s taught me,” Benton said of Smith. “We still have a ways to go as it relates to growth and as it relates to purpose.” 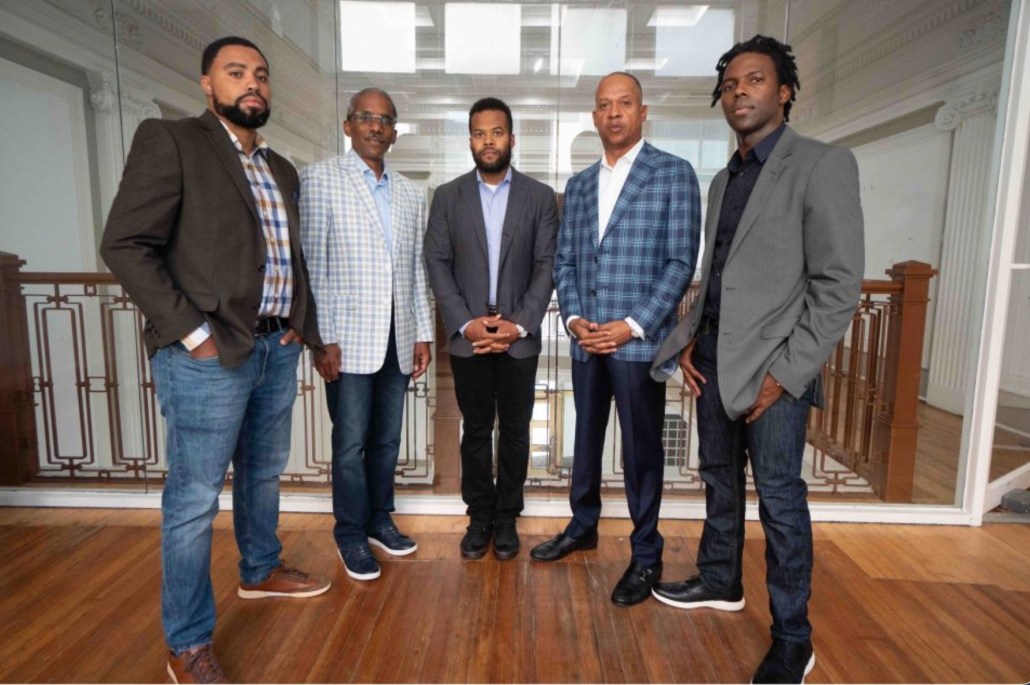 Previous Article
Residents become scientists for the day with The Great Georgia Pollinator Count
Next Article
With Trump on the sidelines, governor’s race turns to state’s flushed revenues