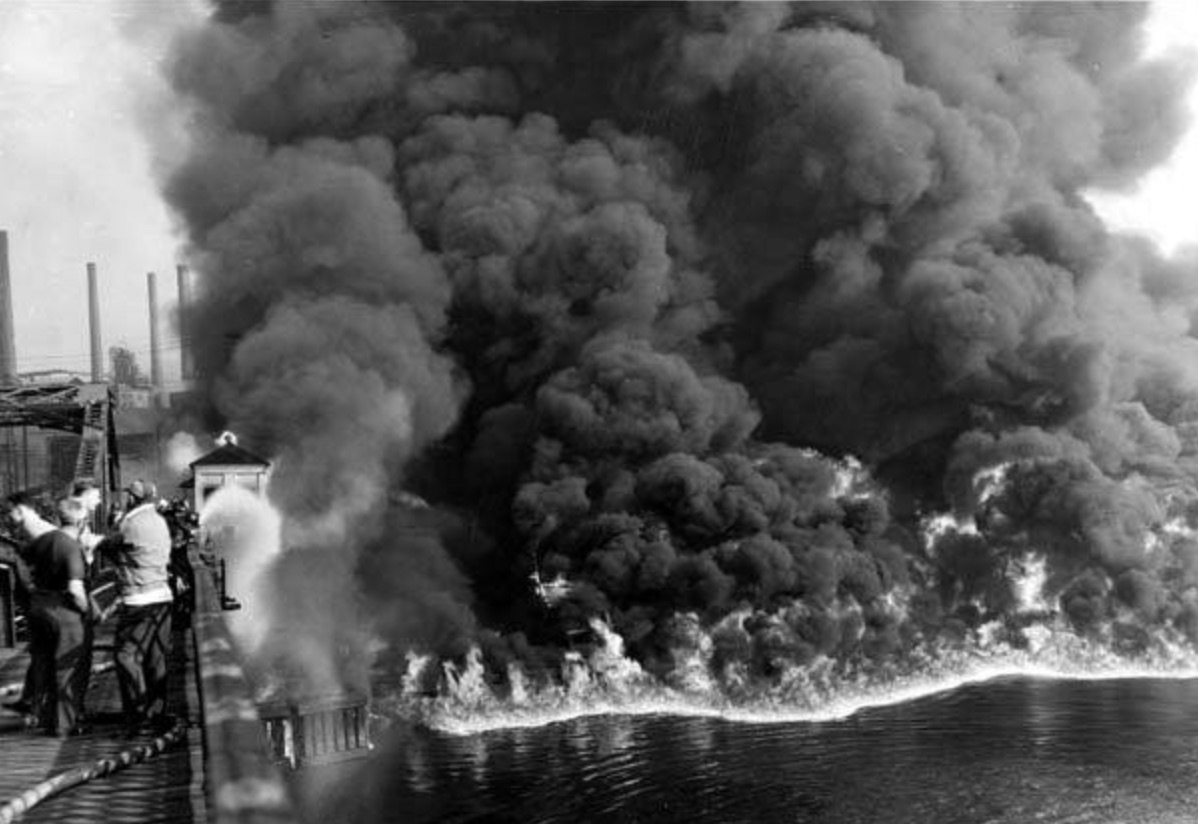 By Guest Columnist KAREN GRAINEY, assistant director of Center for a Sustainable Coast

The United Nations Intergovernmental Panel on Climate Change (IPCC) issued a monumental report on Oct. 8, warning that humanity has only 12 years to make the “rapid and far-reaching” reforms needed to prevent the worst effects of climate change. These reforms entail drastic reductions in the primary cause of global warming – greenhouse gas emissions. 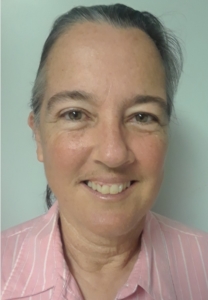 The IPCC report warns that the consequences of a 2 degree Celsius (3.6 degree Fahrenheit) increase in the global average temperature are much worse than was understood in 2015, when the Paris Climate Accord established an upper-limit on warming at 2 degrees Celsius above the pre-industrial average.

According to the report, we must succeed in keeping global warming to a maximum of 1.5 degrees Celsius (2.7 degrees Fahrenheit). Even 1.5 degrees of warming will cause catastrophic effects, including more intense storms, deadly heat waves, mass extinctions, droughts, and food shortages – but if we reach 2 degrees of warming, the effects will be much worse.

The only way to avoid this disastrous outcome will be to reduce greenhouse gas emissions 45 percent by 2030, and to achieve “net-zero” emissions by 2050. If global warming continues at its current rate, we could exceed 1.5 degrees sometime around 2040, and reach a catastrophic 3 degrees Celsius (5.4 degrees Fahrenheit) of warming by the end of the century.

This alarming news should stop us in our tracks, and prompt an immediate reconsideration of proposed market-oriented solutions to global warming being advocated by many environmentalists and certain corporate leaders. At the Center for a Sustainable Coast, we are particularly concerned about the widely held notion that putting a price on carbon emissions will by itself achieve the significant results needed to avert catastrophe.

For example, Washington voters on Tuesday face a ballot initiative that would, “enact a carbon emissions fee on large emitters of carbon based on the carbon content of fossil fuels sold or used in the state and electricity generated in or imported for use in the state,” according to a description of the measure by ballotpedia.org. The fee would be $15 on each metric ton starting Jan. 1, 2020, and increase yearly until certain benchmarks are met.

The Center for a Sustainable Coast contends that the proposed $15 fee, by itself, is not high enough to reduce emissions. However, the fee is a good way to raise money to transition to measures to promote clean energy, energy efficiency, carbon sequestration and adaptation to sea level rise.

Humanity is quickly running out of time to make the reductions called for by the IPCC. Accordingly, we must implement policies with immediate, tangible results. Keeping global warming below 1.5 degrees Celsius will require a herculean effort. Nothing short of targeted policies aimed at a complete and rapid overhaul of the electrical grid and transportation systems will suffice. 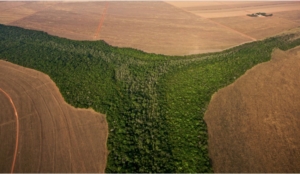 To stave off global warming, Brazil and other key countries must limit deforestation and allow the tree cover to remain, according to a report by the Intergovernmental Panel on Climate Change. Credit: nationalgeographic.com

Adopting a carbon tax is a slow-acting, market-oriented approach. We don’t have time to wait for price signals to have an adequate effect, if any. Economists’ attempts to predict the results of taxing carbon vary, and are highly theoretical, raising justified concern that we would be risking our future on a policy conjecture that might not work.

The effectiveness of a carbon tax also depends on the amount of the tax. It is widely agreed that anything lower than $150 per ton of carbon dioxide emitted will be ineffective, yet most proposals start at less than a third of this, with incremental annual increases that reach that optimal amount over a period of many years.

We also cannot afford to allow market-oriented solutions to foreclose or weaken more effective action. Yet, current carbon tax (aka “carbon-fee-and-dividend”) proposals are being presented as the “single most impactful solution to climate change” by the Citizen’s Climate Lobby; also, in the fourth and final pillar of their carbon-fee-and-dividend plan, the Climate Leadership Council CLC recklessly proposes, “the elimination of regulations that are no longer necessary”.

Both the CCL and the CLC are proposing a “revenue-neutral” carbon tax, which would return tax revenues directly to households as a monthly dividend. This would both placate political forces ideologically opposed to increasing government revenue and compensate for the regressive effect of higher prices on low-income families.

But it also would recruit every household in the country into the carbon-based economy as financial beneficiaries of carbon pollution – essentially turning us all into fossil-fuel stockholders. It would also deprive the government of a funding source that would be better used to invest in the infrastructure and technological improvements required to speed-up the transition to clean energy. 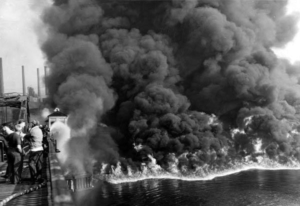 In the 1960s, after decades of poorly regulated heavy industrial activity, the U. S. faced a pollution crisis that required a vigorous response. Anyone who was alive at the time will recall the galvanizing effect of “killer-smogs” and seeing Ohio’s Cuyahoga River catch fire in 1969. The public expressed outrage and consequently the government took action. In the span of 10 years, 18 federal laws were passed. They contained strict mandates and regulations aimed at cleaning up the nation’s heavily polluted air and water.

While not perfect, laws such as the National Environmental Policy Act, have been effective in protecting the public’s interest in maintaining environmental quality.

Since that decade of environmental decisiveness, successful lobbying and massive campaign contributions by big business have caused our political leaders to shift from a regulatory approach to a market-oriented system, which experiments with privatization, deregulation, and competition to solve problems. This approach places the responsibility for ensuring public safeguards on consumers instead of industry and government. Because consumers do not control the choices available to them and are not organized to respond to public threats, the results are negligible.

As bad as things were when the Cuyahoga River was so polluted it caught fire 13 times over 111 years, the climate crisis we face today is far more severe. Tepid market solutions cannot save human civilization from this existential threat.

That is why the Center for a Sustainable Coast endorses the Off Fossil Fuels for a Better Future Act introduced last year by U.S. Rep. Tulsi Gabbard (D-Hawaii). Georgia Rep. Hank Johnson (D-Lithonia) has co-signed the bill. This comprehensive bill has tangible goals and if implemented would:

United Nations Secretary General Antonio Guterres asserts that climate change is, “the defining issue of our time – and we are at the defining moment.” He is absolutely right, and this moment requires bold, decisive action, and unflinching resolve. Placating the reactionary political ideologues who currently dominate public discourse and policy-making will not achieve the timely transformation required.

Note to readers: Before taking a position with the Center for a Sustainable Coast, located on St. Simons Island, Karen Grainey was longtime member of the Georgia Sierra Club and president of Clean Coast, which conducts beach clean-ups on barrier island beaches.