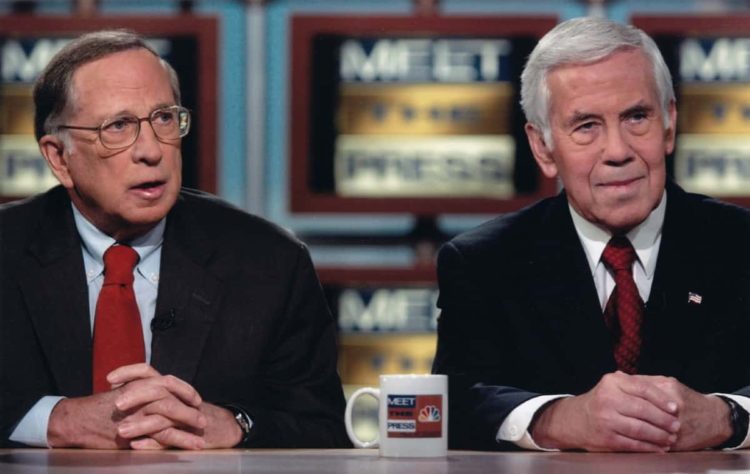 The Federal Election Commission has determined that Tea Party Express did not disclose nearly $1 million it spent in 2011 and 2012 on efforts to defeat Barrack Obama and Indiana Sen. Dick Lugar. Lugar lost his seat to a tea party candidate despite strong support from former Georgia Sen. Sam Nunn. 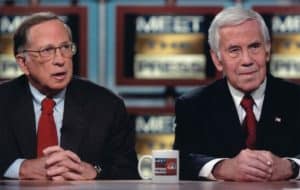 Tea Party Express did not report expenditures aimed at defeating then Sen. Dick Lugar (R-Ind.), who lost the 2012 primary election to a tea party candidate. Credit: The Lugar Center

The FEC approved recommendations from its audit staff on Nov. 2, 2016. The report was distributed last week.

TPE is a California-based political action committee. Founder Sal Russo got his start in politics in Ronald Reagan’s 1966 gubernatorial campaign, according to report by factcheck.org. TPE espouses a conservative agenda similar to that of tea party groups in Georgia.

Nunn, a Democrat, mourned Lugar’s loss of the Republican primary election to Richard Mourdock., a tea party hardliner. Nunn was quoted in a story that appeared in saportareport.com saying that he sought to raise money for Lugar’s reelection campaign.

Nunn said he normally doesn’t raise money for any candidate. But the loss of another moderate prompted him to send out a fundraising letter about three weeks before the day of the primary election. 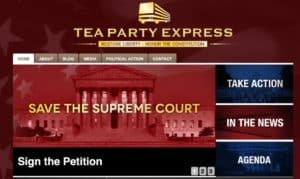 Tea Party Express failed to disclose almost $1 million spent in the 2012 election cycle to defeat President Obama and Sen. Dick Lugar (R-Ind.), according to an audit by the Federal Election Commission. Credit: teapartyexpress.org

“The extremes are in charge of both parties to a greater degree than they have been in the past,” Nunn said. “If middle America doesn’t assert itself in the near future, we are not going to be able to solve the big problems looming before us.

The FEC’s final audit found a total of five errors committed by TPE: Misstatement of Financial Activity; Disclosure of Occupation/Name of Employer; Recordkeeping for Communications; and Failure to Itemize Debt and Obligations.

The fifth error is titled Reporting of Apparent Independent Expenditures. Auditors found evidence that TPE created materials intended to defeat Obama and Lugar. TPE did not disclose its spending on the materials, according to the audit. 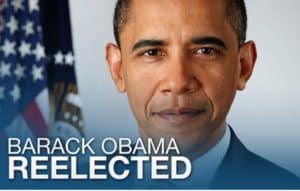 Barack Obama was reelected in 2012 despite opposition funded by Tea Party Express through expenditures revealed in an audit conducted by the Federal Election Commission. Credit: tcphoto2012.wordpress.com

The FEC auditors noted that TPE correctly disclosed independent expenditures that totaled $680,735. An independent expenditure is defined as, “an expenditure made for a communication expressly advocating the election or defeat of a clearly identified candidate that is not made in cooperation, consultation, or concert with or at the request or suggestion of a candidate, a candidate’s authorized committee, or their agents, or a political party or its agents.”

Here’s how the audit breaks down the expenses: