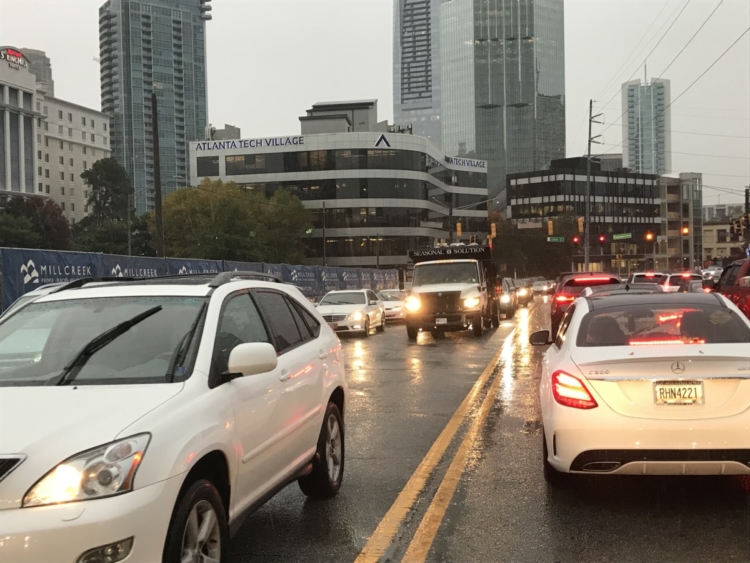 Telework Week aims to reduce the number of commuters on the road. The event has yet to make a significant impact on the Wednesday afternoon rush hour, around 3:30 p.m., at this intersection of northbound Piedmont Road at the Lenox Road extension. Credit: David Pendered

Gov. Nathan Deal has proclaimed Nov. 12 through Nov. 16 as Telework Week, and again this year the event provides incentive programs that encourage drivers to log their alternative to driving to work alone in a vehicle.

The incentives this year include: 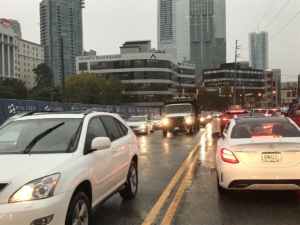 Telework Week aims to reduce the number of commuters on the road. The event has yet to make a significant impact on the Wednesday afternoon rush hour, around 3:30 p.m., at this intersection of northbound Piedmont Road at the Lenox Road extension. Credit: David Pendered

As with many programs in the region as the date of the Super Bowl draws near, sponsors of this year’s Telework Week remind commuters that this is a chance to test a commute alternative they may need to use as game day, and game crowds, approach – including events slated during the 11 days surrounding game day:

Georgia Commute Options is managed by the Atlanta Regional Commission. The governor cited the program in his proclamation, observing that it and similar organizations help companies establish telework programs and promote flexible work arrangements.

As Georgia Commute Options has in the past, the organization is encouraging both companies and employees to switch their commute patterns. According to a statement from GCO marketing director Jill Goldberg: 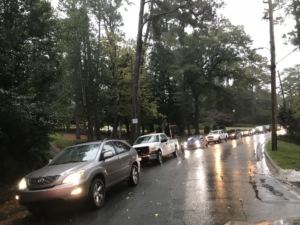 Telework has yet to result in a significant reduction in traffic congestion along Habersham Road, located near the governor’s mansion and backing up on Wednesday toward the intersection with West Paces Ferry Road. Credit: David Pendered

The governor’s proclamation included some information that underscores the degree to which telecommuting can affect traffic flow and its impact in the region, including:

Telecommuting is one of several programs Georgia Commute Options promotes to help reduce the region’s reliance on trips made to work in single occupant vehicles.

A signature event is the bike-to-work program named, Biketober.

The program has drawn an increasing number of riders over time. In 2017, the number of participants increased by 31 percent over the prior year, with more than 200 participating organizations, 2,200 participants and 221,000 miles logged. In addition, riders that year logged nearly 30,000 trips during the challenge, which marked nearly a 50 percent increase over 2016.

The incentives in Biketober were significant, according to a statement from Georgia Commute Options: