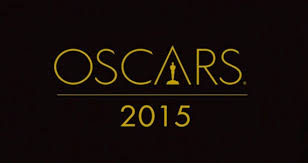 Oscars are upon us and I have to say I don’t have a dog in this hunt.

You know, some years, you think your heart will break if “True Grit” (Bridges version) doesn’t win.  And it doesn’t.

Other years, you think you would want to send a cyanide-laced box of chocolates to every Academy member who voted for “Forrest Gump.” But you don’t. 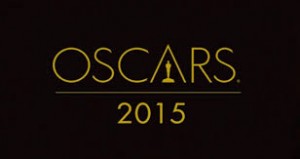 Between the “B” movies: “Birdman” and “Boyhood.”

“American Sniper” had a brief surge after audiences sent Hollywood a very clear message: “We Like This.” But then everything got politicized.  Michael Moore doesn’t like it.  Sarah Palin does.  Who the *#^% cares?

“Selma?” If you’re going to ignore the star and the director, not looking good.

“The Theory of Everything,” “Whiplash,” “The Imitation Game” — all oddly familiar.

“The Grand Budapest Hotel” is an original, but it owes more to art direction than character, plot or anything else.

This is the only other major race with some question marks.

Two months ago, Michael Keaton (“Birdman”) seemed a sure thing.

Then, a month ago, with the unexpected — yet much deserved — boxoffice surge of “American Sniper,” suddenly Bradley Cooper took over (And he is really good).

Then the Screen Actors Guild, whose membership comprises the largest part of the Academy, voted for Eddie Redmayne (“The Theory of Everything”).

Now, I love Redmayne.  I even loved him in “Jupiter Ascending.” My theory has been that he and fellow Brit, Benedict Cumberbatch (“The Imitation Game”) would split the vote, leaving the way open for Keaton.

Now I’m not so sure.  But I think I’ll stick with Keaton.  An awful lot of Hollywood types owe him an awful lot for all the movies he made, be it a “Batman” or….well…a “Birdman.”

Gee, we predictors so love a lock.

Reese Witherspoon has an Oscar as does Marion Cotillard.

Rosamund Pike is a victim of Hollywood’s lemming-like Affleck-tion. Felicity Jones’ portrayal of the supportive love interest of a messed-up genius?  What year is this?  (though I deeply believe Jim Broadbent’s performance in a similar role in “Iris” was sheer genius)

The SUPPORTING categories are locks as well.

J.K. Simmons gets Best Supporting Actor for “Whiplash.” He deserves it, though personally, I prefer Edward Norton’s creepy narcissism in “Birdman.”

Patricia Arquette walks home a winner for “Boyhood.” I’m not sure why.  Because she let herself age 12 years right in front  of our eyes?  I probably prefer Laura Dern in “Wild,” but not to the point of throwing a tantrum. 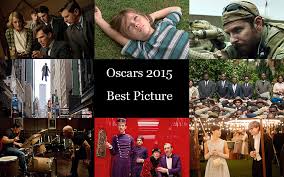