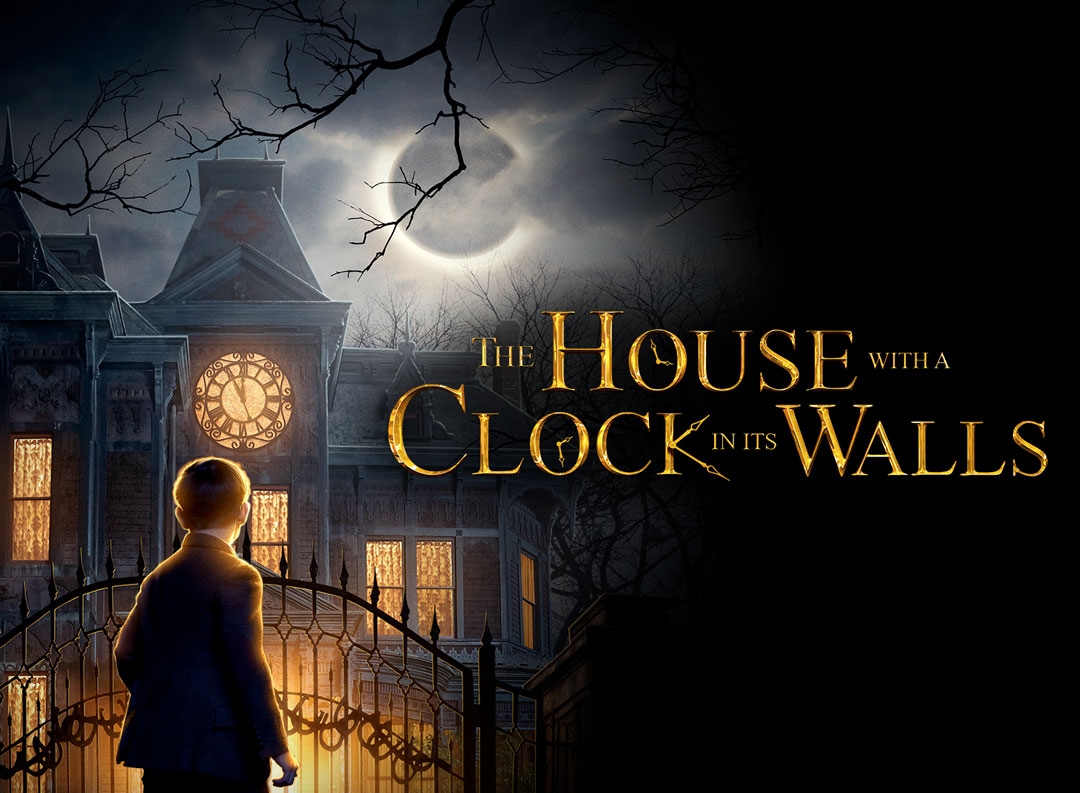 Taken on purely architectural terms, the titular structure in “The House with a Clock in Its Walls” is a cunning cross between the “Addams Family” manse and Mother Bates’ place in “Psycho.” 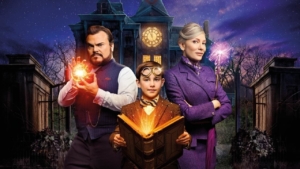 “The House with a Clock in its Wall” movie

Cinematically, however, it’s on far trickier turf. Eli Roth, who took torture-porn to new…heights?…in “Cabin Fever” (which I saw and admired) and the “Hostel” movies (I took a pass), makes a bid for Tim Burton territory.  In many ways, he’s successful. The movie looks amazing, with fantastical touches that evoke wizardry both pre- and post-Harry Potter. And the adult leads — a very round Jack Black and a very vertical Cate Blanchett — have a wonderful time together.

But do we have a wonderful time?

Yes…and no.  The movie is never boring and everyone works hard.  But the overall effect is repetitive, i.e., quirkiness followed by more quirkiness. Plainly put, the thing just doesn’t build.

The year is 1955, meaning World War II is anything but a distant memory. Jonathan’s neighbor and best friend is Mrs. Zimmerman (Blanchett) who fled Paris in 1945.  Given her name and the fact that Blanchett is made up to look a lot like Barbra Streisand circa early ‘60s (check the hair and eyeliner), it’s not hard to guess the reasons for her flight weren’t happy ones. 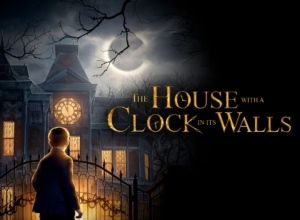 “The House with a Clock in its Wall”

Oh, and he’s a warlock and she’s a witch (semi-retired).  However, their combined magical powers may not be enough to locate the doomsday clock tick-tocking away inside the house.  It was left there by a former resident (and powerful wizard) whose own World War II experiences were not exactly happy.

Roth serves up everything from animated stained-glass windows and re-animated corpses to puking Jack-o’-lanterns and flatulent topiary beasts (a nod to Burton’s “Edward Scissorhands?”).  In a way, something for everyone, I guess.

But that brings us back to the movie’s problematic core, i.e., just who is its audience?  Well, arrested-development adults (of which I count myself one). Otherwise, it’s probably too scary for little kids and not quite scary enough for older ones.  The families I saw it with were enthralled, but as I learned when we left the theater, they also didn’t speak English.