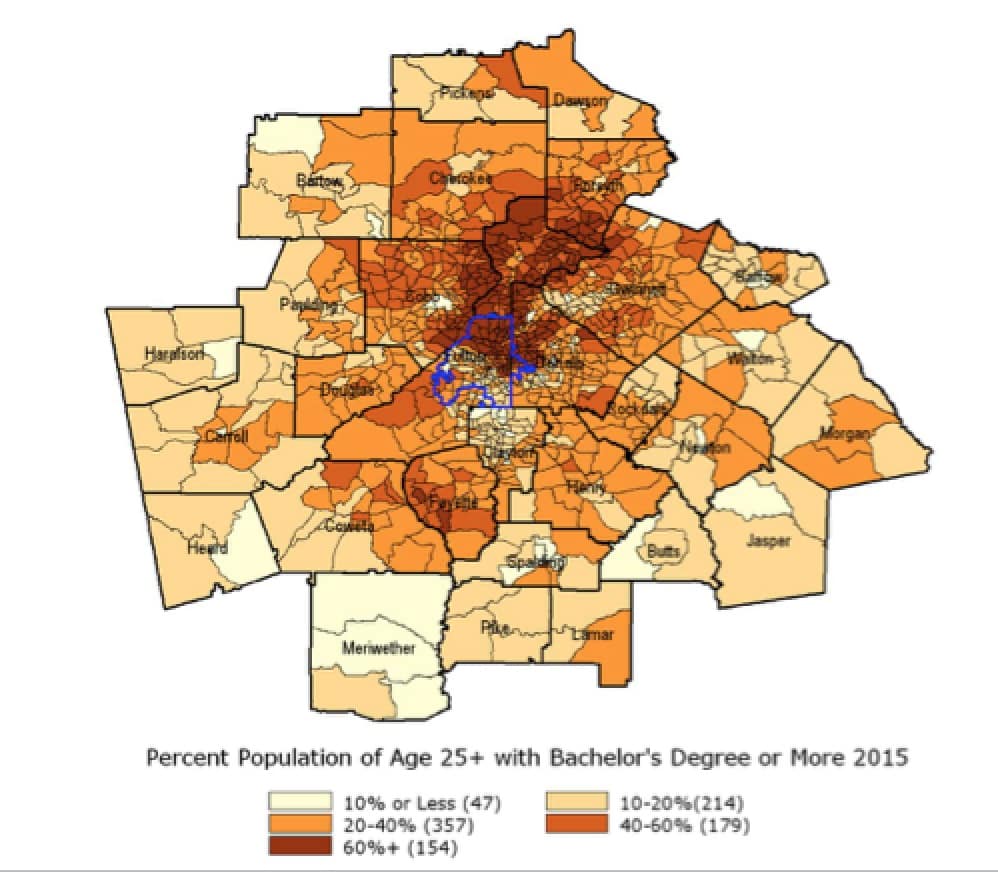 A report released Monday by Georgia State University shows dramatic changes in metro Atlanta’s demographics since 1970. The population is more diverse, older, better educated, and living closer together. The proportion of middle income households has declined slightly since the Great Recession.

Even the geographic definition of the region has grown by leaps and bounds:

To accommodate this growth, residents have given up a good bit of their personal space: 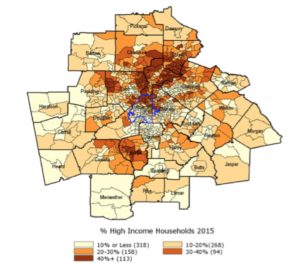 The Changing Face of Atlanta covers the era from 1970 to 2015. The co-authors are Lakshmi Pandey and David Sjoquist. In a report to be released Tuesday, the two collaborate with colleague Chandrayee Chatterjee on an analysis of Georgia to be released this week, The Loss of the Middle Class.

The author’s highlighted the following findings: 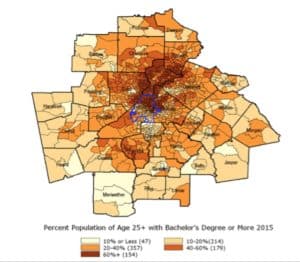 These findings are compatible with others on metro Atlanta, which have covered issues including income mobility and housing costs. However, the GSU analysis is far more nuanced.

The GSU report benefits from Sjoquist’s perspective. He joined GSU in 1970 and has been a prolific researcher/author on the evolution of metro Atlanta on topics including the region’s economy, jobs, tax policy, impact of transit, and education, according to his bio on GSU’s website.

Pandey brings more than 19 years of experience at GSU in data-driven policy analysis.

The report arrives an opportune moment. The findings are likely to be of use to urban planners in Atlanta and transit advocates at the state level.

Atlanta is in the midst of rewriting its decades-long vision of the city’s growth and development. The Atlanta City Design Project is overseen by Ryan Gravel, who dreamed up the vision for the Atlanta BeltLine.

State lawmakers almost agreed to create a commission to evaluate the planning and possible statewide funding of mass transit systems in Atlanta and other urban centers. The Senate passed Senate Bill 6. A House committee wrote a substitute version, and the House voted on the last day of the session to send the bill back to committee. It is eligible for consideration in the 2018 legislative session. 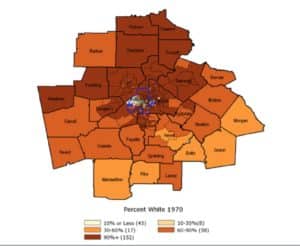 Metro Atlanta was home to a large proportion of white residents in 1970. All or portions of 12 counties were comprised of populations of more than 90 percent white residents. Credit: GSU 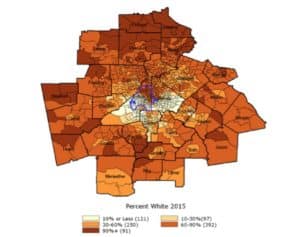 By 2015, the region had diversified. Only a handful of exurban counties were comprised of populations that were at least 90 percent white. Credit: GSU 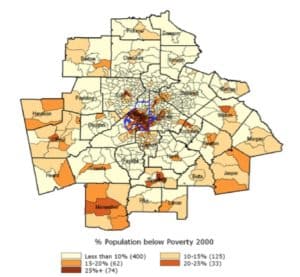 By 2000, the region’s economic vitality had helped most households climb above the poverty line. Credit: GSU 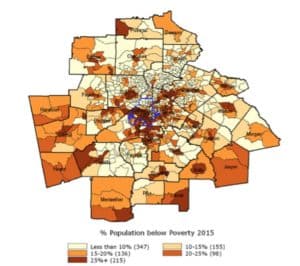 The lingering effects of the Great Recession may be the reason so many households had fallen below the poverty line in 2015. Credit: GSU