Nothing encourages walking more than the presence of other people and having places worth walking to. 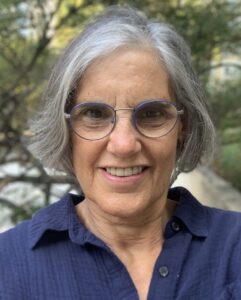 Don’t get me wrong: sidewalks, safe crossings, and roads that are designed to discourage speeding are all essential to making a great place to walk. Yet for people on foot, land use matters most. When I’m heading to a coffee shop or hardware store, I’m not “going for a walk.” Walking is just an enjoyable, common-sense means to an end, something I do to get where I want to go.

I’ve lived near Colony Square in Midtown for over 40 years. Yet during the 1980s and 1990s, I rarely walked south of 14th Street. Why bother? Some 75% of the land in the Midtown commercial district was used for surface parking lots.

Not any longer. Beginning in the late ‘90s, Blueprint Midtown created the largest rezoning in Atlanta’s history and became a catalyst for compact, walk-friendly land use.

Amendments to Atlanta’s zoning code that are currently under consideration are nothing like the ones that were implemented in Midtown in the early 2000s. Nor should they be. High-rise towers are rarely appropriate outside of core urban districts. 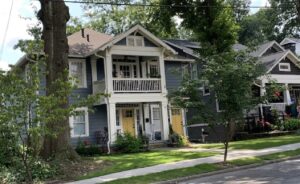 Some duplexes in the Midtown Garden District look like a single-family house. Two front doors are the only indication of two residences under one roof, according to the author. Credit: Sally Flocks

As someone who relies primarily on walking and public transit to get around, I wholeheartedly support these amendments. Until recently, I lived in a single-family neighborhood with large lot sizes and where many homes were set far back from the street. Walking there could be a lonely endeavor. I often walked a mile or more without seeing another human being. No smiles, waves, or other chance encounters.

Walking in areas with few, if any, eyes on the street, often feels dangerous. If someone tried to mug me, would anyone intervene or call 911? And if I tripped on a broken sidewalk and landed on the pavement, how long would it be before someone saw me and helped me get up? 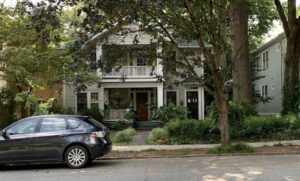 The two front doors in this residence are the only outward sign the dwelling is a duplex, according to the author. Credit: Sally Flocks

Atlanta’s historic neighborhoods are among the city’s greatest gems. Yet the current zoning code makes it illegal to build elements essential to their character, such as corner stores and small apartment buildings, even ones with just four to six units. It also requires lots to be far larger than what is characteristic of our historic pattern. This needs to change.

Proposed zoning amendments also allow small apartment buildings to be located near transit stations in areas that are currently zoned for single-family housing. Making housing near rail stations affordable to people who don’t have access to cars is a terrific way to provide increased mobility to Atlantans who rely on walking and transit as their primary transportation modes. Transit is the middle leg of two walking trips, and authorizing more housing near transit stations will also be a great way to help seniors maintain their independence. 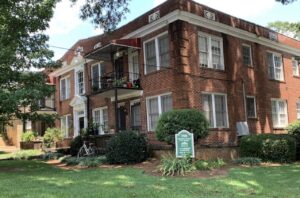 A small apartment building in Midtown does not overwhelm its surroundings, according to the author. Credit: Sally Flocks

What else outside the curb lines matters most to people on foot? The presence of street trees, together with buffers between sidewalks and the street. distinguish places you want to walk from places where you’ll walk if you have to.

Next time you’re out walking, make note of what’s outside the curb lines and what else you wish was there. Proposed amendments to Atlanta’s zoning code, which are part of implementing Atlanta’s City Design Housing, continue to evolve and will be considered by elected officials again during the fall. At times like this, speak up and make your voice heard. Together, we can make Atlanta a great place to walk.