Transit making headway in Georgia and Fulton – with trip to Dallas 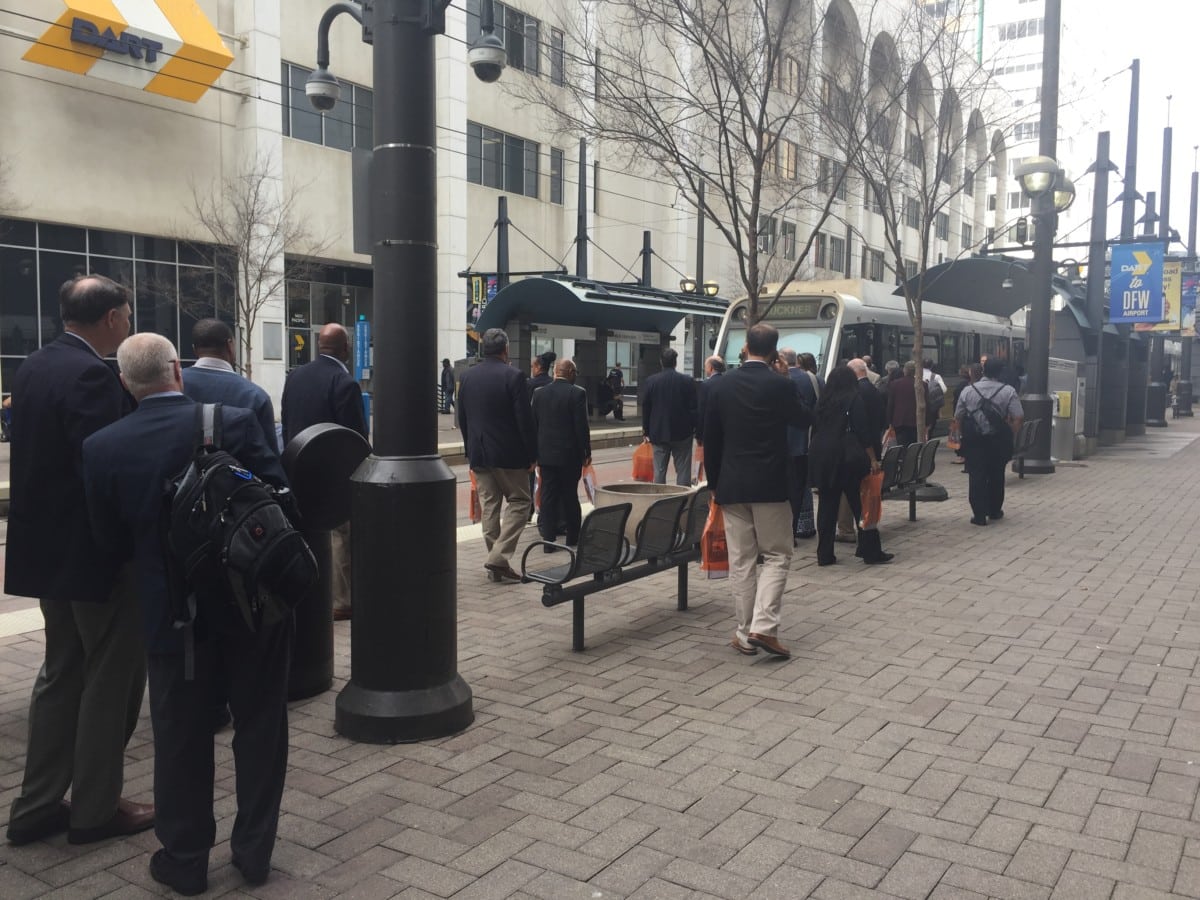 Transit in the Atlanta region is gaining traction.

As evidence, an incredible trip took place last Thursday and Friday with the state’s top transportation leaders and officials from Fulton County going to the Dallas region to take a focused look at possible transit options.

That took place two days after Georgia House Speaker David Ralston’s strong support for transit during his comments at the Georgia Chamber of Commerce’s Eggs & Issues Breakfast on Jan. 10 – suggesting the state could be more supportive of transit.

Ralston announced he was setting up the Georgia Commission on Transit Governance and Funding to continue “the bi-partisan conversation on transit” and to figure out “how we will integrate transit as one more tool in our transportation portfolio.”

Then he added words that gave great comfort to leaders of MARTA, the largest transit agency in the state.

“To be clear, this is not an attempt to take over any one transit system,” Ralston said. Instead, he want to build greater cooperation between the various transportation agencies.

In that spirit of cooperation, an influential group of Fulton County leaders traveled to Dallas – a region where the annual LINK delegation had visited in May 2016.

At the time, several people on the LINK trip suggested it would be wise to invite the mayors of North Fulton to Plano to see how transit can be implemented. 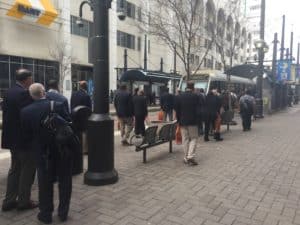 “A region demographically and even politically similar to Atlanta is Dallas, and it has a much more expansive transit system than we do,” Eaves said. “And it is a region that is much more supportive of transit than Atlanta. They have more money, but their ridership is less than Atlanta.”

According to Eaves, the trip showed how a northern county in Dallas had benefitted “tremendously” from transit expansion to their community with a renewal of Plano’s downtown.

“It revitalized the community and home values increased,” Eaves said. “Transit transformed Plano from a suburban community with only 90,000 people in 1980 to 270,000 now. It is a strong city with its own identity, and it is connected to Dallas.”

Eaves credited his colleague – Commissioner Liz Hausmann – for having the inspiration to suggest trip and invite the right players. The Council for Quality Growth helped put together two-day visit, which included a visit with officials from DART as well as visits with the Northwest Texas Tollway Authority and Texas transportation leaders. 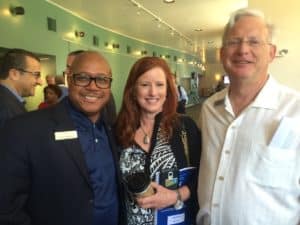 During May 2016 LINK trip, Union City Mayor Vince Williams, Fulton Commissioner Liz Hausmann, and Roswell Mayor Jere Wood visit a coffee shop in downtown Plano. All three returned to Plano for a visit with their colleagues on Jan. 12 and 13 (Photo by Maria Saporta)

“When we went out to Dallas on the LINK trip, I was struck by how similar that area was to our communities in North Fulton and some of the cities in South Fulton,” Hausmann said. “Transit revived those communities. Plano went from having boarded-up buildings to having a thriving community.”

Last year, Fulton County commissioners and mayors (other than the City of Atlanta) decided to present voters a referendum for a .75 percent of a penny sales tax for transportation over the next five years. It was approved by voters, but it also left .25 percent of a penny sales tax that could be included in a referendum for transit at a later time. Atlanta approved half penny increase for MARTA.

But during the meetings, the mayors in Fulton’s most northern cities – Alpharetta and Milton – questioned plans for more transit, especially rail.

When asked whether trip changed any minds, Hausmann described the reaction.

“The conversations I had directly, or heard others having, where positive” she said. “The ones who were already more positive became almost enthusiastic. The ones who had more cautious views were trying to map out a route where a light rail would go. (Alpharetta Mayor) David Belle Isle was very attentive.”

Hausmann said the light rail system was appealing because of its modest station platforms and it felt “very accessible and inviting” to riders. “It was very helpful for the mayors to see it first-hand,” she said.

Michael Paris, president and CEO of the Council for Quality Growth, called it a “post-LINK” trip. 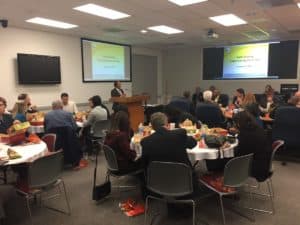 Fulton County delegation listen to a presentation from DART, the public transit system in Dallas, on Jan. 12 (Special: Council for Quality Growth)

“Had we never been there on LINK, we never would have heard about Plano,” Paris said. “I was very pleased, and when everybody got off the plane Friday, we were feeling very good. In general, I feel transit is being better received.”

Fulton County is holding a press briefing on Wednesday to discuss the trip and share ideas for the county’s next step. Eaves said Fulton might ask the legislature to allow county to have a referendum for .25 of a penny sales tax for transit.

Hausmann said she hopes the state would fund an independent analysis and transit plan for Fulton’s future. “The sense I’m getting is that we need a plan first,” she said.

Eaves said he did not need to be sold on the benefits of transit, but the trip helped reinforce his thoughts.

“Light rail was certainly a solution for the Plano community,” Eaves said. “There were multiple stops. It was less intrusive and it was less costly (than heavy rail) and the return was outstanding. It revived the town, and made the area more walkable.”