Transit Planning 101 for the City of Atlanta: It’s not too late 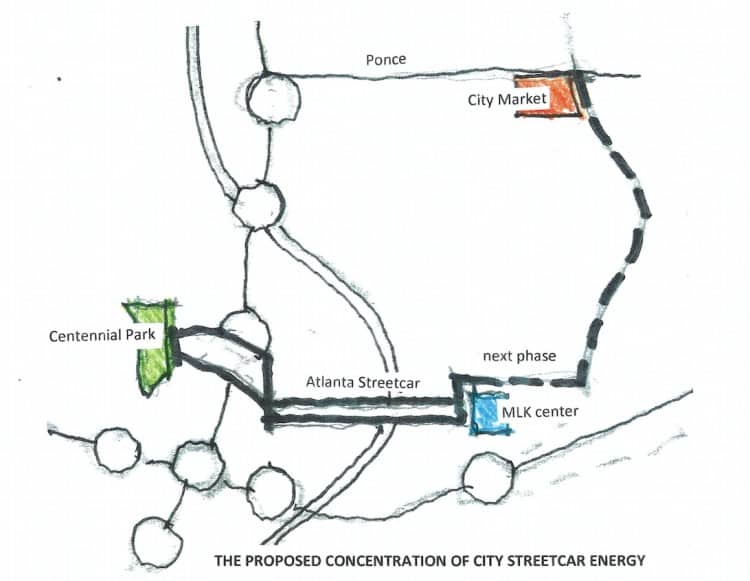 Transit is a good. In an ideal world it gets people where they want to go, cleanly, efficiently, and affordably. Transit fills a need. Twenty per cent of Atlanta’s citizens are living at or below the poverty line; additionally, a growing percentage of the population doesn’t drive. This might be because they’re too old, too young, or because they simply don’t want to.

Lack of reliable transit prevents these people from getting to jobs, services, schools, and amenities. Indeed, lack of access to transit detracts from low-income residents’ ability to effectively participate in the economy. 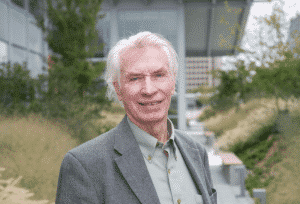 But transit isn’t cheap. It costs a lot to build, and if the fare box covers a quarter of its operating cost it’s considered successful. Funding is hard to come by, particularly in Georgia, the only state that has choked off any significant state funding for transit. Federal funding is scant, highly competitive, and only covers capital, not operating, expenses.

The whole field of transportation is now in a state of rapid, uneven, and thus hard to predict, change, with service innovations like Uber, technological innovations like driverless vehicles, and the travel behavior shifts of millennials combining to make even midrange projections difficult.

So it’s important to take all this into account and to plan well and sensibly.

What Atlanta did, though, was to start with a streetcar on the BeltLine, a solution that it has promoted since before it put in place a tax allocation district in 2005 to implement the plan. While the old railroad segments that make up the BeltLine make a lot of sense for a park and trail system, they are not a solution for the city’s transit problems, as outlined above. 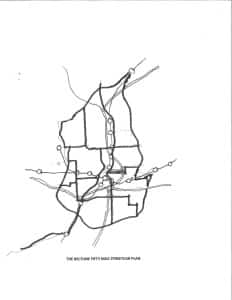 The 50-year plan for the Atlanta BeltLine does not connect high concentrations of origins and destinations. Credit: Mike Dobbins

City leaders bought into the BeltLine streetcar idea as the city-saving Next Big Idea. At the time, citizens and professionals alike pointed out that a ring around – but not to – the highest concentrations of destinations met neither existing travel demand nor the needs of those most dependent on transit to get to work, services, or events.

After five years of insisting on the transit ring, the city began to acknowledge the need for connectivity to the core areas. In 2010 the city was able to secure a federal government grant to accelerate “shovel ready” projects coming out of the great recession. Thus the Atlanta Streetcar was born, about half of its $100 million capital cost funded by federal dollars.

Running from the Martin Luther King, Jr. Center on Auburn Avenue to Centennial Olympic Park, a distance of a little more than a mile, the route is rich in destinations but light on origins, the other half of the base equation to make transit work effectively. So the current status is that the streetcar mainly serves a few tourists per day, not having enough origins, the distance, or the speeds to attract much regular ridership.

For this streetcar, notwithstanding that the Federal Transit Administration required MARTA’s participation on what it viewed as a questionable project, the city decided that MARTA was not sufficiently knowledgeable, efficient or committed to build or operate the streetcar and so set up its own mini-transit agency.

So now the city has THREE transit agencies: A small unit in the Public Works department that oversaw construction and operated the streetcar until it was clear they couldn’t and outsourced its management; MARTA, which has oversight and maintenance responsibilities; and the BeltLine, which continues to plan and plan for future transit, always streetcars.

The BeltLine’s latest plan calls for about 50 miles of trackage, still including the ring, leaving serious questions about how to pay for its construction and operation, what agency will carry it through, and with shifting travel behavior and technology whether the streetcar would even be relevant in that future.

While a lot of time, money, and effort has gone into trying to make the “solution” fit the problem, with a successful referendum it is not too late to redirect the city’s efforts to catch up with commonsense transit planning. The Legislature last month enabled Atlanta to put forward a referendum in November 2016 or 2017 for a proposed half-percent increase in the city’s sales tax to raise $2.5 billion for transit construction. Gov. Nathan Deal has not signed Senate Bill 369. 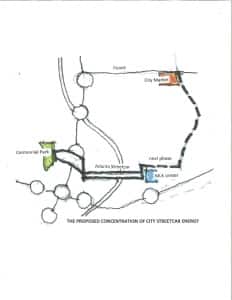 Following the above steps should be the starting point. The result likely would show that other modes can more immediately address current and future ridership and meet the pressing needs to achieve equitable access.

This access and appropriate mode choice would coordinate well with the city’s emerging emphasis on strengthening its corridors for more intense mixed use development as a balanced strategy for accommodating growing populations. In addition, such a coordinated incremental strategy would likely prove to be far more immediate, affordable, and effective than the billions now committed to building the far off streetcar, the BeltLine’s current and only plan.

Instead, it could make good on other parts of the BeltLine’s core mission and purpose, thus far largely unfulfilled. By redirecting its streetcar capital funding, it could begin to meet the pressing needs for jobs, infrastructure and housing affordability on the west side, where the needs are greatest. It could even accelerate its trail development, now free of rebuilding bridges, a major cost factor so far, and the perhaps more vexing problem of joggers and cyclists having to share the path.

Even so, a unified planning, development and operational agency needs to figure out how to link the Atlanta Streetcar to Ponce de Leon Avenue, where a legitimate emergence of origins and destinations is underway. These activities begin to justify the streetcar or other transit mode extension, which is probably necessary to make good on the investment already made.

The shame of this transit reality is that it will further skew the BeltLine spending toward the east, which has already received around three-quarters of its total expenditures, seen soaring property values, displacement, and loss of affordability.

Until the link gets made, though, the Atlanta Streetcar will continue to provide a peaceful respite from the hustle and bustle of the city around it – smooth, quiet, clean, safe, nice views, and you have the place to yourself. It’s worth the dollar.