A family that started a foundation now providing no-cost housing assistance for qualified transplant patients, and their caregivers, in the Atlanta area is preparing to raise funds to build a facility that is to serve 20 patients at one time, plus their caregivers. 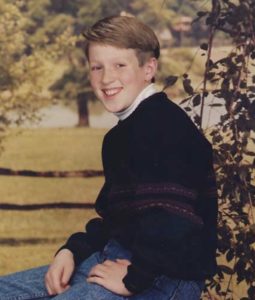 A local architect has drawn and donated the plans, as a contribution to the project. A fundraising program to begin later this year is tentatively titled, “Building hope, one brick at a time.” Pencor Construction, a division of Richmond Honan Acquisitions, LLC. donated the plans. A construction timeline has not been determined.

The Jeffrey Campbell Evans Foundation is overseeing the project in memory of Evans, who was 26 years old when he died while waiting for a heart transplant. The foundation now is among the five providers of housing options for transplant recipients in metro Atlanta, as identified by the nonprofit Georgia Transplant Foundation.

The JCEGF has a board of six directors, is supported by two consultants, and is headed by Mary Evans, executive director; Bob Evans, CEO; and Brad Evans, vice president of fund development.

The foundation was started in 2017 to provide apartments for transplant recipients and caregivers. Residences are provided at low cost, to no cost, to those who qualify for financial assistance through the non-profit Georgia Transplant Foundation, according to a statement from JCEF. 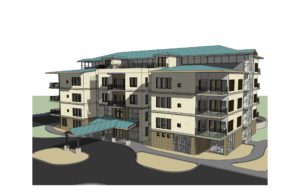 Through April 30, JCEF has provided apartment to 75 patients, and their caregivers. The program has an average occupancy rate of 99 percent at its six apartments, according to the statement. Starting July 1, an additional four apartments are to be made available.

The design of the planned facility calls for 20 apartments, each with two bedrooms and two bathrooms. Each unit is to share kitchen and living space, and other support amenities.

Kevin Glade, the lead architect, said the design intends to promote a connection to spirit, mind, body and nature. As residents are able, they can venture into the commons areas that are to provide a chapel, kitchen, living room, dining room, outdoor dining space, laundry facilities, library, storage, office space, game room and exercise room.

“Our duty as architects and designers is to listen to our clients and understand their expectations and infuse the project with them,” Glade said in a statement. “What we came to understand and take to heart was they wanted a healing space to house patients and care givers in a communal, nurturing environment.” 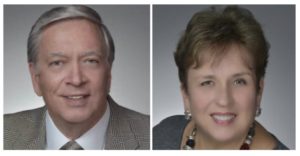 Bob and Mary Evans intend to develop a 20-room apartment facility to provide a comfortable home to transplant recipients, and their caregivers, before and after the procedure. The Jeffrey Campbell Evans Foundation is named for their son, who died while awaiting a heart transplant. Credit: jcevansfoundation.org

The planned facility is moving forward as the number of organ transplants in Georgia is on a steady rise.

Nationwide, 11,870 deceased donors provided organs in 2019, representing a 10.7 percent increase over 2018 and marking the ninth consecutive record-breaking year for deceased donations in the U.S., according to another report by HHS’s Organ Procurement and Transplantation Network.

The JCEF facility intends to accommodate patients and their caregivers both before and after the transplant operation. Post-surgical care can require a stay of three months or more, before a recipient is deemed stable enough to return home.

Bob and Mary Evans started the foundation to memorialize their son, Jeffrey Evans, who died while on the waiting list for a heart transplant. Jeffrey Evans was 26 years old when he died of congestive heart failure, on Aug. 9, 2006, according to an obituary. 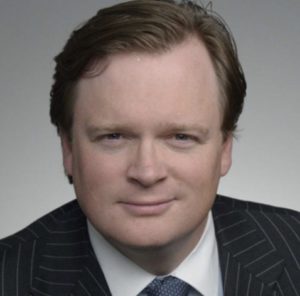 Jeffrey Evans had been on the transplant list for three years. One time he was so close to the procedure that he had been prepared for surgery – before the donor heart was determined to be not viable, according to the statement.

He had been working as a chef in Atlanta and fell ill while volunteering at a charitable event in South Georgia. After nearly a week of thinking he had the flu, his parents took him for medical treatment and doctors discovered his heart was failing. Medications prolonged his life, but he succumbed to heart failure.

The Jeffrey Campbell Evans Foundation is the family’s effort to channel their grief into something positive. The foundation observed in a statement: 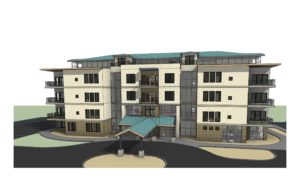 The JCEF plans for the residents in the 20 apartments to take comfort in a chapel, exercise room, library, and kitchen and dining facilities during the preparation for, and recovery from, a transplant. Credit: JCEF