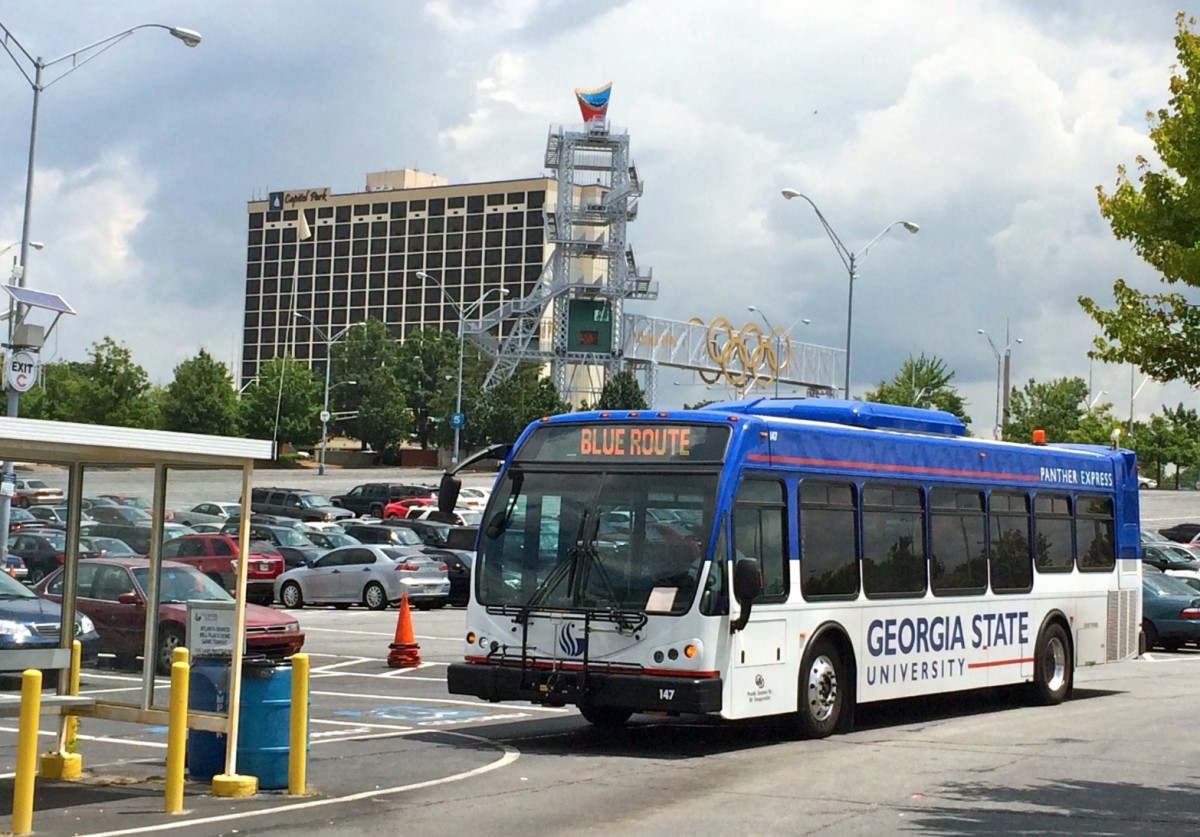 There’s one major reason Georgia State University is viewed as a front-runner in the effort to redevelop Turner Field – GSU has been implementing a vision to redevelop its neighborhood into a walkable community since the 1990s. 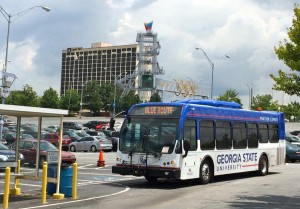 Georgia State is part of a three-party team that submitted a response for proposals to redevelop Turner Field. The lead on the team is Atlanta-based Carter, followed by Georgia State and the newly formed Oakwood Development Group.

The other proponents are Mercury Youth Organization, Inc., and Rita World Pearl Kingdom, LLC. Both have a comparatively low profile in Atlanta.

Georgia State has been retooling its campus and environs into a walkable neighborhood since before the official introduction, in 1997, of its Main Street Master Plan.

The master plan outlines a framework for expansion that, while not envisioning an expansion south of the state Capitol, does comtemplate a consolidation of existing infrastructure to address a new philosophy of the university being a leading partner in Downtown Atlanta. The latest update of the master plan, in 2005, was adopted long before the Atlanta Braves announced their plans to exit Turner Field at the end of the 2016 season.

Given that the Turner Field site will be available, GSU’s interest in redeveloping some, or all, of its 67 acres has become the elephant in the room during discussions of future redevelopment. The ballpark already serves GSU students who park at its surface lots and ride the Panther Express shuttle to and from campus.

The philosophy unveiled in Georgia State’s 1997 master plan represents a seismic shift from the institution’s past. 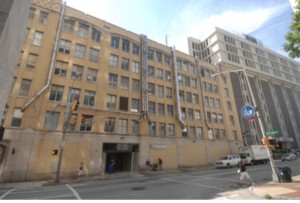 GSU students once stayed in a secured compound, a place of elevated skywalks and plazas accessible only from a GSU building. Now, following the implementation of the 1997 master plan, students routinely cross Peachtree Street to reach the Fairlie-Poplar District, where they study at the Rialto Center for the Performing Arts and Helen M. Aderhold Learning Center. They walk off the historic campus to a Student Center and housing. GSU’s architectural plan has evolved from brick walls facing streets, to large glass windows facing streets – which are intended to remove the physical barrier between community with its neighborhood.

Former GSU President Carl Patton was an urban planner and academic leader who guided the new vision. Here’s a snippet of his essay on the topic, published in 2000: 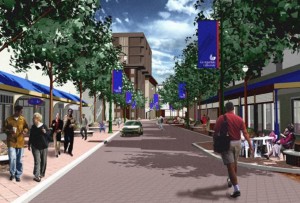 Georgia State Univesity’s master plan envisions the school being flanked by streets that are pleasant to walk along. Credit: sizemoregroup.com

The master plan provides seven principles that are to guide the university’s growth. Here they are, verbatim: