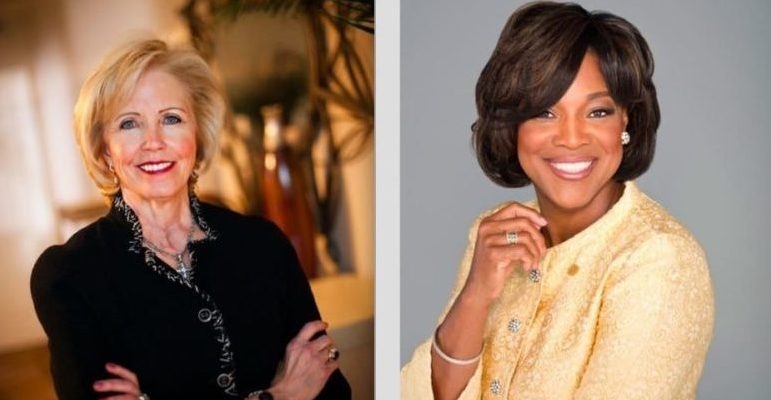 Two tenacious women from Georgia have been selected for the prestigious 2017 Horatio Alger Award – Valerie Montgomery Rice, president of the Morehouse School of Medicine; and Marcia Taylor, CEO of Bennett International who also is a philanthropist.

Since 1953, only two women from Georgia have received the honor until now.

“I am very humbled,” Dr. Montgomery Rice said in a telephone interview on Monday. “It’s overwhelming when you think about the people who have received this award.”

On her end, Taylor had a hard time believing she had been selected. But  Foster Friess, a previous award winner who had nominated her, reassured Taylor she was “the real deal.”

Both women overcame multiple obstacles to reach their respective success.

When she was only seven, Dr. Montgomery Rice suffered from Osteomyelitis (OM), and was hospitalized for three months. The disease made her physically weak and caused her to fall behind in school.

Also, while she was in the hospital, her mother escaped an abusive husband and moved with her four daughters to an apartment.

“My mother stressed education,” Dr. Montgomery Rice said. “She only had a high school education. She wanted more for her daughters. She literally started over. She had left with only the clothes on her back.”

Eventually her mother went to work for the Georgia Kraft Paper Co. and became the highest-ranking woman at her plant. “We saw a lot of determination and a lot of grit,” Dr. Montgomery Rice said of her mother. “We also had a lot of laughter.” 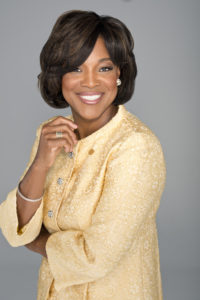 Dr. Montgomery Rice overcame falling behind in school because of her medical condition, she had been required to take an alternative bus with mentally-challenged students, an experience that helped shape her desire to serve marginalized populations.

She worked hard in school and was awarded academic scholarships to attend the Georgia Tech. Dr. Montgomery Rice then received her MD from Harvard Medical School and completed residency training at Emory University School of Medicine. She began her career in medicine in 1993 at the University of Kansas School of Medicine, Henry Ford Medical Center and Meharry Medical College where she held faculty appointments and leadership roles.

An internationally-renowned reproductive endocrinologist, she returned to Georgia in 2011 to take a role as the dean and executive vice president of Morehouse School of Medicine, and later became the first female president in the school’s history. Under Dr. Montgomery Rice’s leadership, the school embraces a new vision to lead the creation and advancement of health equity. She has nearly doubled the MD class size, orchestrated several renovation projects and the construction of a student pavilion,  and secured more than $70 million in institutional funding, capital projects and scholarships to further diversify Georgia’s healthcare professionals.

Trott added that she would serve as an important role model for Horatio Alger scholars for her commitment to give back to the community by working with many nonprofits and organizations.

But when she is accepting the honor, Dr. Montgomery Rice will be thinking of her mother.

“If she were alive today, of all the awards I’ve received, she would be most proud of this one,” Dr. Montgomery Rice said. “It’s about the American Dream – having the  opportunity to take advantage of opportunities.”

Marcia G. Taylor, president and CEO of Bennett International Group, was born in Southern Illinois on a small farm. Her father passed away when she was 14, forcing Taylor to grow up quickly – helping with household chores and caring for her younger brother.

Instead of going to college, she married at a young age, but her marriage quickly became unhealthy, and she soon found herself raising three young children on her own. Determined to provide for her family, Taylor took a chance and accepted a job with a small trucking company in Georgia where she met her second husband. 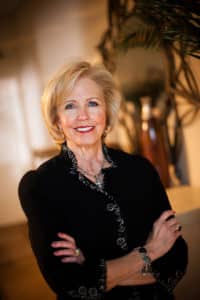 Together in 1974, the couple acquired George Bennett Motor Express, a company with 15 trucks, 30 trailers, two contracts and only $500 in the bank. With a focus on customer service, Taylor and her husband worked diligently to increase profits and build their company.

But in 1981, Taylor’s husband died of tragic accident, and she was left to run the company on her own. She made the conscious decision to press on and grow the business, becoming an admired female leader in a male-dominated industry. Today, McDonough-based Bennett International Group, LLC spans a network of more than 4,500 employees, agents, and owner/operators encompassing eight divisions providing services from basic transportation to rigging and cranes.

Taylor, who remarried 22 years ago, said her children grew up in the business, and they are now all heavily involved in the private, family-owned company.

“About four years ago, we formed the Taylor Family Foundation,” Taylor said. “We give 10 percent of our earnings to the foundation. I want my children and especially my grandchildren to learn about giving back.”

Through its members, Horatio Alger Association aims to educate young people about the limitless opportunities afforded to them by the free-enterprise system. To further this goal, the organization awards scholarships to outstanding high school students who are committed to pursuing higher education and giving back to their communities.

Since the scholarship program was established in 1984, Horatio Alger Association has provided more than $125 million to students in need.

Here is a list of all previous Horatio Alger award winners from Georgia: