Two movies bad enough to walk out: ‘The Comedian’ and ‘A Dog’s Purpose’ 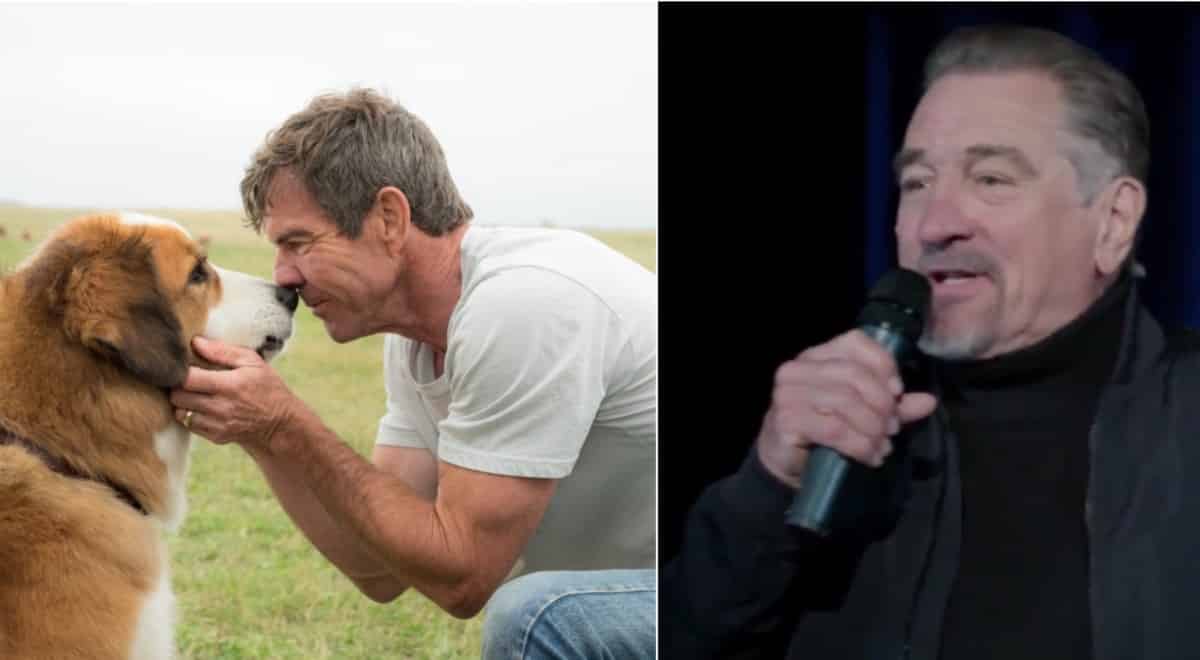 ‘The Comedian’ and ‘A Dog’s Purpose’ are so bad they are worth walking out of the theater rather than endure the discomfort of watching. Credit: slate.com (left), thefilmstage.com
Share1
Tweet
Share
Pin
Pocket
WhatsApp
Buffer
Email
Reddit
1 Shares

It’s been a while since I’ve walked out on a movie.

This past week, I walked out on two: “The Comedian” and “A Dog’s Purpose.” 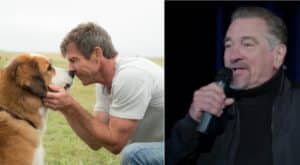 ‘The Comedian’ and ‘A Dog’s Purpose’ are so bad they are worth walking out of the theater rather than endure the discomfort of watching. Credit: slate.com (left), thefilmstage.com

Robert De Niro and cute doggies.  How bad could either one be?

I was worried about “A Dog’s Purpose” going in. After all, the previews had made it clear that it was about a dog being reincarnated a few times before the final tear-jerker reunion with the kid (now grown into Dennis Quaid) he first loved. Several doggie lives, of course, inevitably mean several doggie deaths. It’s like watching a puppy snuff film. Or being trapped in the final reel of “Marley & Me” over and over and over.

At least “The Comedian” looked promising. The last time De Niro went near the peculiar self-inflicted hell that is stand-up comedy, it was for 1982’s “The King of Comedy,” in which the actor brilliantly played the hapless but ambitious Rupert Pupkin whose dream is to perform on a Johnny Carson-like late-night show.

While Rupert is, at best, a “never was” Jackie Burke, the sour, unfunny loudmouth De Niro plays here, is a certified has-been. Eons ago, he was the star of a much-loved sitcom – so beloved that people still beg him to shout his signature line. Think, Jimmy Walker and “Dy-No-Mite.” (Actually, think Ricky Gervais who already played a character with the same problem in “Extras,” a hugely entertaining TV series from a few years back). 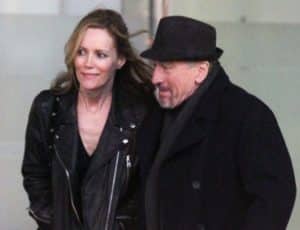 Leslie Mann has the funniest line in ‘The Comedian,’ but she’s still plugged into the role of paramour of a much older (leading) man. Credit: zimbio.com

Now Jackie (born Yakoff, so we get a whiff of Borscht Belt) is back on the stand-up circuit, taking gigs where he can find them, performing for audiences that are usually characterized as “small but lively.” Occasionally, too lively. Unable to handle a crass heckler who’s also filming a webcast, Jackie ends up serving time for assault and battery.

However, most of his sentence consists of community service at a soup kitchen. That’s where he meets another court-ordered volunteer, Harmony (Leslie Mann), who finds everything about this vulgar, selfish, limited man (almost 30 years her senior) absolutely adorable. And invariably hilarious.

Actually, it’s Mann who has the funniest line in the movie. When Harmony asks Jackie up to her place, she gets the, um, ball rolling by coming on to him and declaring “This is just something I want to do.” 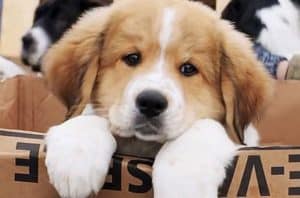 A golden retriever is forced to live and die, and live and die, in a sort of puppy snuff film in order to find the purpose of live. Credit: filmovita.com

Edie Falco flounders gamely as Jackie’s agent (At 50-something, she’s apparently much to old to be a love interest for De Niro.) Danny DeVito and Patti Lupone flounder less successfully as Jackie’s brother and sister-in-law. And let’s not even get into Harvey Keitel – De Niro’s foil in such classics as “Mean Streets’ and “Taxi Driver.” He plays Mann’s very wealthy and controlling Dad.  Makes you wince. Or avert your eyes.

Growing old is hard in any profession, but it’s especially difficult for performers. Even megastars of De Niro’s caliber have to face, as Henry Fonda, Jimmy Stewart, Kirk Douglas and Burt Lancaster did before him, the plain fact that most movies are written about younger characters, with whom younger (read, target) audiences can identify.

Alas, “The Comedian” comes off as a misguided, ego-ridden vanity production that should’ve stayed in the bottom of someone’s discarded-screenplay drawer. (Actually, there are five writers credited). But let’s face it: This swill got made because Robert De Niro wanted to make it.

Geez, it’s early yet, but I may have already seen two of the worst movies of 2017. And then there’s that whole Super Bowl/Falcons thing….