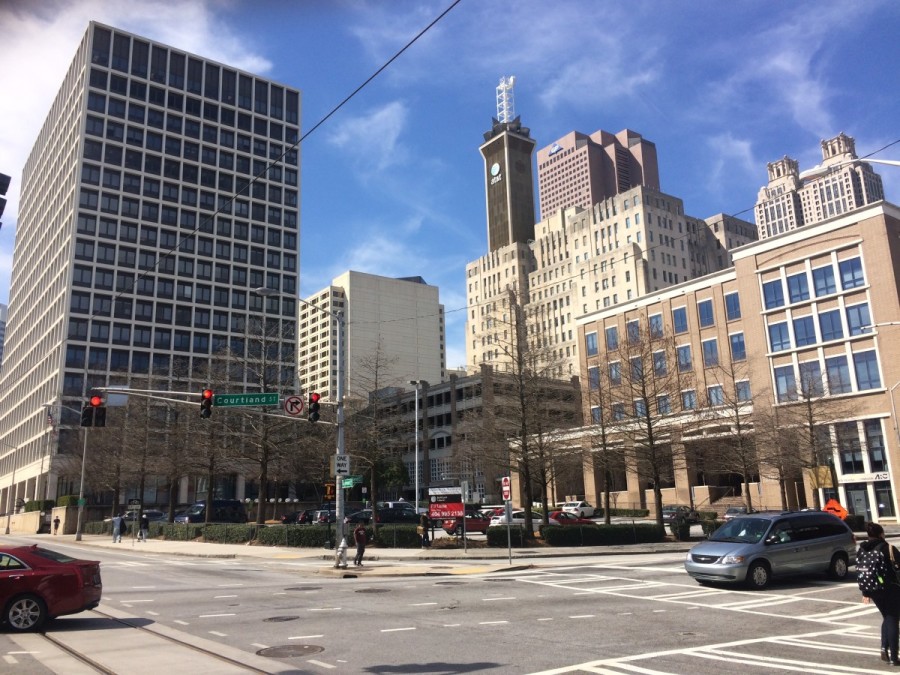 The United Way of Greater Atlanta is exploring options for its downtown campus that could include the sale of the 4-acre property, as developers and their capital partners continue gravitating back to the city’s urban core.

The United Way plans to pick a real estate services firm in the next week that will assist the nonprofit with its decision. The process would take months and might include the United Way selling the property, which occupies about 4 acres at 100 Edgewood Avenue and 99 Auburn Avenue and includes an aging 18-story office building and surface parking lot. 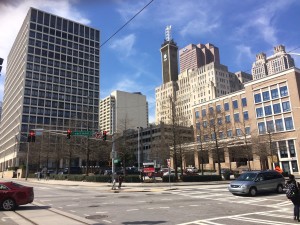 The campus, known as the Woodruff Volunteer Center, is also known for housing the R. Charles Loudermilk Sr. Center for the Regional Community, headquarters for the Atlanta Regional Commission (ARC) and a meeting spot for regional nonprofit and civic groups for years. The Rotary Club of Atlanta and the Atlanta Kiwanis Club both meet there every week.

Selling the property for a major redevelopment is under consideration. The United Way would could also sell, but remain in one of the existing buildings.

The campus lies alongside the Atlanta Streetcar route, next to rapidly growing Georgia State University campus and near a reemerging section of Edgewood and Auburn avenues.

Consider what’s happening just a short walk west of the campus at the 11-story Flatiron building, where the 120-year-old downtown landmark is being converted into a high-tech collaborative workspace. Also nearby, Georgia State University, with a nearly $23 million gift from the The Robert W. Woodruff Foundation, is turning the former SunTrust bank lobby at the corner of Edgewood Avenue and Park Place into a media production center. 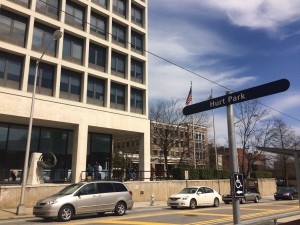 “I’ve been here nine years and I’ve seen a lot of change,”said Milton Little, president of United Way of Greater Atlanta. “There’s is a renewed vibrancy here, a positiveness that bodes well for the future of downtown.”

The 18-story building that United Way now owns is a philanthropic story as well. Robert W. Woodruff and his foundation paid for half of the cost, and United Way was able to buy the rest of the building through rents paid from tenants.

The Loudermilk Community Center was built in the late 1980s, and it also received philanthropic grants to make it a new meeting center in downtown Atlanta.