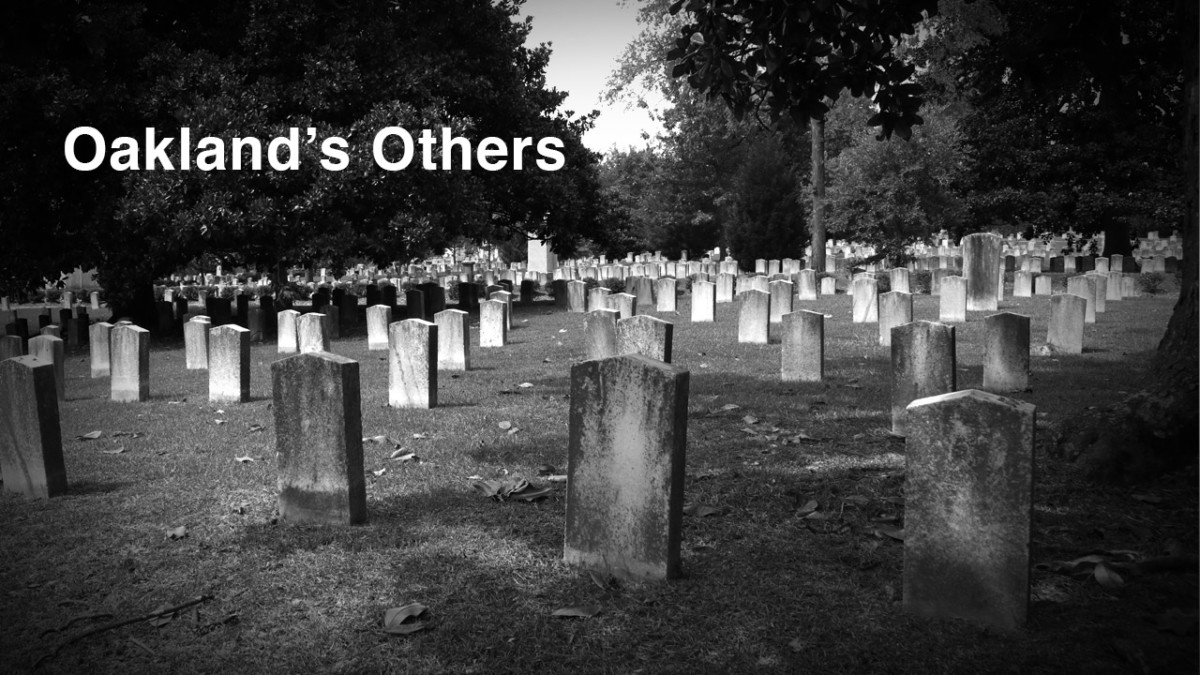 At the intersection of Memorial Drive and Boulevard sits Oakland Cemetery, the City of Atlanta’s first official burial grounds.  Established in 1850 on an original six acres of land, Oakland now spans 88 acres and is home to thousands of residents.  Among them are names familiar to most generations of Atlantans, a “who’s who” of notable Atlanta citizenry.

But most of Oakland’s residents do not fall into the household name category. They, like so many of us, were just regular folks working to pay the bills, raise their families and live their lives….people like Roderick Badger, a former slave who, after the Civil War, established a dental practice in downtown Atlanta…and Daughtery Hutchins, a barber who gave a young Alonzo Herndon his first job cutting hair.

Oakland is the final resting place of Clyde King who established the King Plow company, and Jacob Elsas who built the Fulton Bag and Cotton Mill. And there’s Moses Formwalt, Atlanta’s 1st mayor who, after serving his mayoral term, took a job as a Sheriff’s Deputy in Dekalb County and was killed in a knife attack while transporting a prisoner. Oakland Cemetery is where you’ll find Julia Carlisle Withers, who has the distinction of being the 1st baby born in the City of Atlanta and Carrie Berry Crumley, who, as a 10-year old, kept a very informative diary during the siege of Atlanta.

Oakland Cemetery is truly a treasure for the City of Atlanta, one that needs to be nurtured and cared for by all Atlantans. The Cemetery is currently marking 40-years of restoration and plans are well-underway for a celebratory “Sunday in the Park” event on October 1st. For more details, surf over to Oakland’s web site at: www.oaklandcemetery.com and see for yourself the inspiration for this week’s Stories of Atlanta.