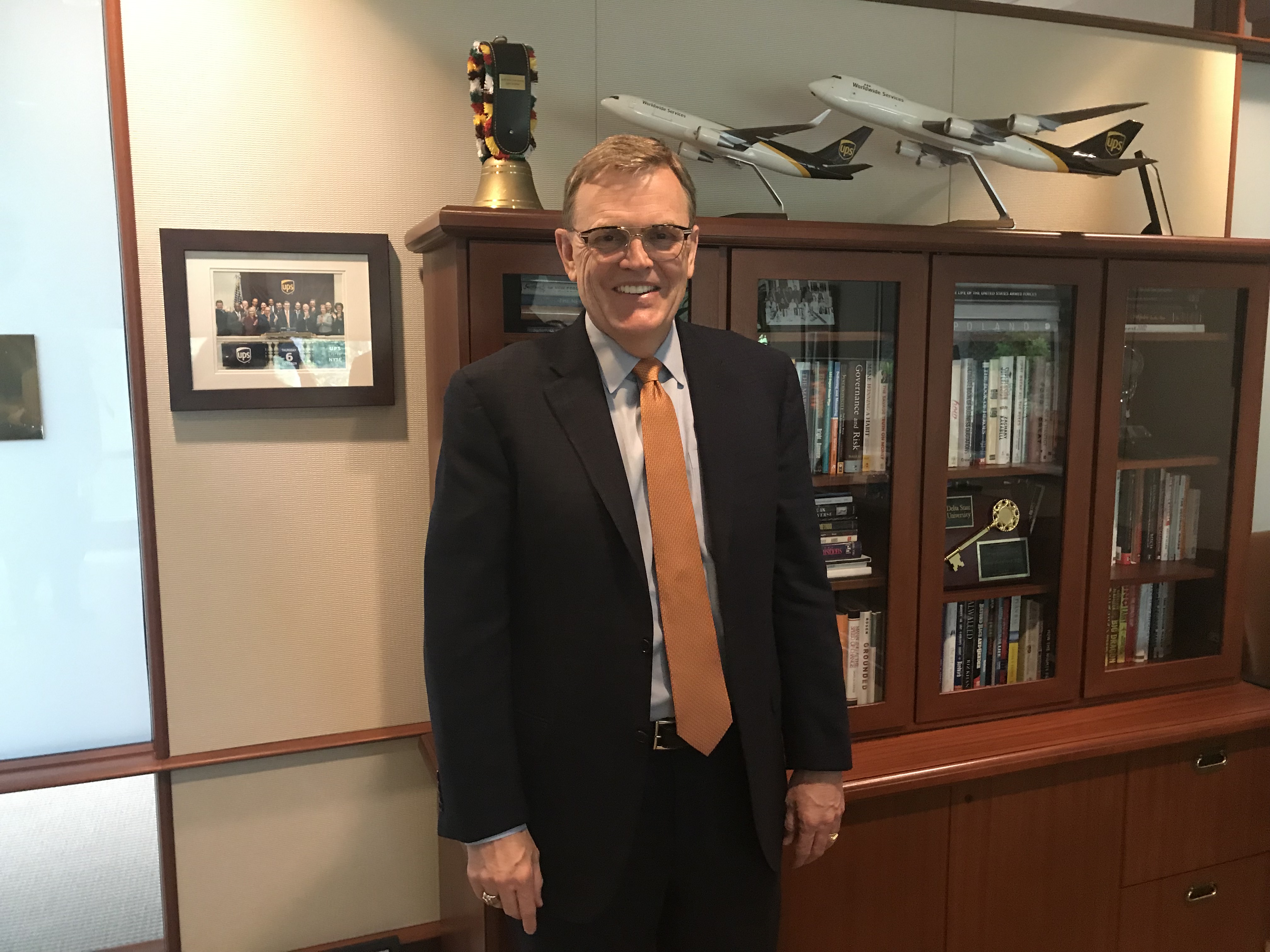 David Abney, the CEO of Atlanta-based United Parcel Service Inc., remembers the night he became a UPSer for life.

Abney grew up in the Mississippi Delta – one of the poorest regions in the United States, Abney won a scholarship to Delta State University becoming the first person in his family to go to college.

Describing himself as an 18-year-old with long hair, Abney took a part-time job loading packages for UPS (NYSE: UPS) to help pay his way through college.

After a year working at UPS, one night a manager – George Moore – pulled Abney aside.

“He put his arm around me and said he thought I had potential,” Abney said. “He said I should look at UPS long-term. I became a UPSer that night. It’s amazing what people and a personal touch can do.”

Looking back, Abney said it was the best thing that could have happened to him. 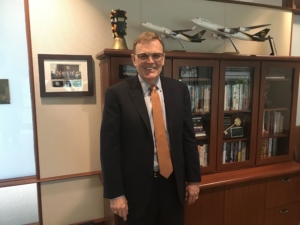 “UPS took a chance on me,” Abney said during an interview at UPS headquarters. “It’s really a promotion-from-within culture. It means a kid like me can start as a loader and become the CEO.”

On April 5, Abney was inducted into the Horatio Alger Association, receiving an award that recognizes leaders who have overcome significant personal challenges to achieve success.

Abney said he got to better understand the value of the association when he went to an awards ceremony two years ago and met two of the student scholars.

“One saw his father shoot his mother to death. The other had been locked in a closet,” Abney said. “They take students who have had the roughest time in life and give them an opportunity. Since 1984, this organization has given $159 million to 20,000 students. By 2022, we will have actually crossed the $200 million mark. It is something I feel I will be connected to for the rest of my life.”

For the past 14 years, Abney has had his own version of a Horatio Alger Association – holding an international symposium at Delta State University.

“The Delta is the poorest place in Mississippi,” said Abney, adding that the student body of Delta State University is 40 percent African-American. “A great majority of the students are first-generation college students. Many come from a very poor background. I’m trying to give these kids examples of how it’s worked out well for others.”

Abney, 63, has spent his entire 45-year career at UPS – serving as CEO since 2014. This year, Abney also is serving as chairman of the Metro Atlanta Chamber, a way he can give back to his adopted hometown – where he has lived since 2000.

As chair of the Chamber, Abney said he is focused on helping Georgia retain its standing as an excellent state for business. He highlighted the strong relationship between City Hall and former Gov. Nathan Deal as a key advantage.

“That’s what we want to see,” Abney said. “Whenever you have a new mayor and a new governor, you hope it will continue. I’m optimistic about where we are as a state.”

Abney, however, refrained from commenting specifically about any legislation that passed or was considered during the legislative session that ended April 2.

He did compliment the Chamber for doing a good job of including local CEOs to engage with company executives looking to invest in the Atlanta region.

Kent C. “Oz” Nelson was the CEO of UPS at the time of the headquarters relocation, and he has been involved in several civic causes in the Atlanta community ever since.

“Oz is the one who promoted me to district manager,” said Abney, remembering going from New Jersey to Utah. Nelson also started on the ground floor at UPS as a sales and customer services representative in Indiana when he was only 21.

Abney, however, deflected questions about succession plans at UPS. In March 2018, Jim Barber was named chief operating officer of the company. He had been president of UPS International, a role Abney held before he was named as the company’s COO.

“Speculation about successors is people having opinions,” Abney said. “We just have this orderly transition, and it seems like the board always knows what is needed for the organization. We have a lot of seasoned, experienced executives.”

Abney said the company has always believed in a continuous succession plan, and it has always hired CEOs from within the company.

“At UPS, what I’ve learned over my career is that you focus on the job you’re doing,” said Abney, who marveled that he has spent 80 percent of his life at UPS. “What makes my journey at UPS special has been the people along the way. To me, this has been my version of the American dream.”