Viewed from the far side of the moon, shutdown doesn’t seem so important 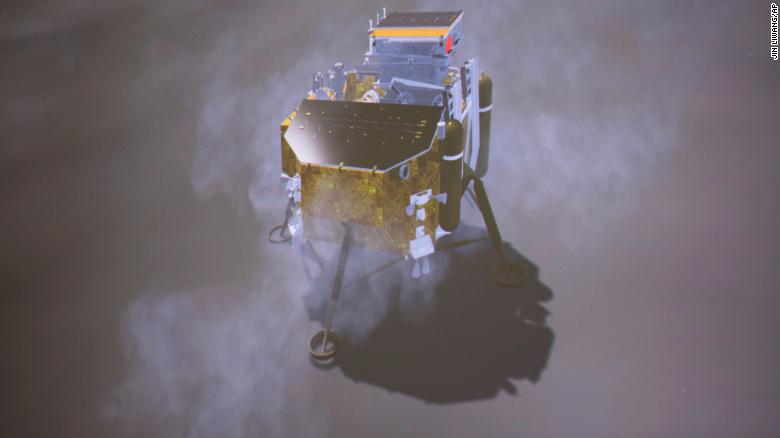 In the long run, the most humiliating thing about the federal government shutdown is going to be the way history ignores it.

The shutdown, which entered its 31st day Monday, overshadows every other news story in the United States right now. As the decades roll on, however, this month will be much more likely to be remembered for a spectacular scientific and technical milestone: the landing, on the far side of the moon, of a lunar lander and rover named after a Chinese moon goddess and her pet rabbit.

In order to maintain communications with Chang’e 4, the lander, and Jade Rabbit 2, the rover, the Chinese first had to put a satellite in orbit around the moon to relay signals from and to Earth. The intricately planned project is part of a long-term effort to become a “strong space nation” which includes establishing a permanent orbiting space station, named Heavenly Palace, in four years.

“Odds of the next voice transmission from the moon being in Mandarin are high,” Joan Johnson-Freese, a professor at the U.S. Naval War College, told CNN.

Meanwhile, NASA has furloughed 95 percent of its employees, leaving a skeleton staff to continue essential work during the shutdown, such as keeping in touch with the three crew members on the International Space Station. Workers furloughed from the Johnson Space Center in Houston were the among the federal workers who have taken to the streets to protest their plight.

We have become a supremely self-absorbed country, so the prospect of falling behind in the next generation of space exploration ranks far behind more immediate consequences of the shutdown, such as the possibility of really awful airport lines right in the middle of Super Bowl Week. But there are long-term implications for where we stand in the world.

After the Chinese moon landing, the 2019 event so far most likely to catch the attention of historians probably isn’t the U.S. shutdown, but the titanic failure of British Prime Minister Theresa May’s plan for the United Kingdom’s exit from the European Union. The UK Parliament’s inability to agree on any path forward and the U.S. shutdown represent a low point in the collective political will of that historic alliance.

President Trump’s rationale for initiating the shutdown and holding to his demand for a border wall is based on the conviction that he will lose his base if he wavers, and the Democrats’ rationale for demanding an end to the shutdown with no terms is that to cave now would only invite more shutdowns. Viewed from one side of the political divide or the other, both these propositions make political sense, which bodes for a very long shutdown.

For a long time after the Second World War, federal employees and their families were envied. They were generally well paid, had better benefits than most and usually enjoyed some status that came with a government job. To see furloughed federal workers standing in food lines and planning yard sales to meet their mortgage is jarring to those who grew up in that America. The Delta Air Lines Foundation gift which is keeping the Martin Luther King Jr. National Historic Park open during the King holiday period is a reminder of the civic-business ties which have helped Atlanta thrive, but also of the long-term costs of the federal government’s retreat from civic life.

All the sympathetic news footage shouldn’t obscure the reality that some Americans, perhaps driven by some lingering element of envy, view the shutdown and the contraction of national ambition which it implies as positive developments. Trump seemed to understand very early that not only the wall, but the shutdown had its passionately anti-government advocates. We don’t yet know how much of this enthusiasm will survive a severe economic contraction.

White House officials have acknowledged that the impact of the shutdown on the larger U.S. economy is roughly twice what they had estimated before it began. We can expect the impact on our place in the world to take a similar hit. It may not only be messages from the moon that will be transmitted in Mandarin.

Previous Article
Women, people of color in Georgia Senate call out crummy committee assignments
Next Article
Building for the times