While political pundits review Georgia’s elections outcomes, Wall Street analysts have focused on the passage of an amendment to the Georgia Constitution that’s the first of its kind in the nation. 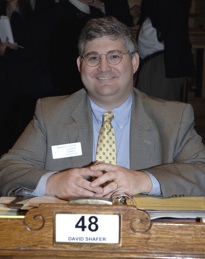 Moody’s Investors Services issued a report Friday that raises a cautionary flag over the amendment that caps Georgia’s individual income tax rate at 6 percent. The limit restricts the state’s ability to raise revenues, if necessary, the report observes.

Georgia was one of 11 states included in a report intended to inform investors about ballot initiatives that could have a “material credit impact.”

Moody’s report does not suggest the credit rating agency will take any action to alter the state’s credit rating, which is the highest rating available. In addition, the report highlights Georgia’s historically fiscal conservative budget policies.

The concern Moody’s cited in Georgia involves the fact that personal income tax is the state’s largest source of revenue.

By setting a constitutional limit on the tax rate for the largest potential source of revenue, Georgia has removed one tool that could be used to raise funds as needed.

That, of course, was the intent of sponsors at the state Capitol when they passed Senate Resolution 415. Senate President Pro Tem David Shafer (R-Duluth) was the lead sponsor. Gov. Nathan Deal signed the bill into law on April 22.

Advocates contended the cap would improve Georgia’s competitiveness. According to Sen. Buddy Carter (R-Pooler), as quoted in ballotpedia.org:

Georgia voters supported the amendment by voting for it Tuesday by a three-to-one margin, according to unofficial elections returns.

The great recession showed the state’s vulnerability to any significant drops in personal income. State revenues plummeted during the recession, tracking the drop in wages and other income of Georgia residents.

Georgia has taken five years to reach the pre-recession level of income tax collections, following drops of 11 percent in Fiscal Year 2009 and 10 percent in FY 2010, according to the report.

The report goes on to outline the outcome in states that also have cut tax rates – though not through constitution amendments: