The week in news.

This week, one of Atlanta’s universities and a top technology institute in the nation turns 137 years old. Georgia Tech was established in 1885 to bring the Industrial Revolution to Georgia, beginning with $65,000 in state funding and only 84 students.

The university initially only offered mechanical engineering, but later expanded to include other disciplines, and “Institute” was added to the name in 1948 to reflect the greater emphasis on science and technology.

On to other recent news: 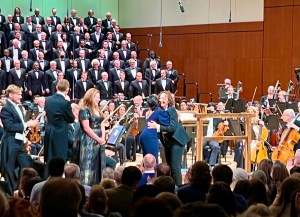 And what a premiere it was — featuring Beethoven bookends.

The concert began with Ludwig van Beethoven’s Ah! Perfido, Op 65, which featured soprano Talise Trevigne. And then it featured a modern piece by Hilary Purrington called Words for Departure. The grand finale was Beethoven’s Symphony No. 9 in D Minor, a favorite of classical music listeners. 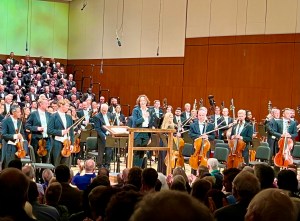 The best part of the concert was that it featured a joint performance by the musicians in the orchestra as well as the talented Atlanta Symphony Orchestra’s Chorus. It definitely brought back memories of Robert Shaw, the famed conductor who spent 21 years, from 1967 to 1988, putting the ASO and the ASO chorus on the national map.

Stutzmann, who was born in France and began her musical career as an opera singer, has had a rapid rise as a conductor. She is now the only woman to lead a major orchestra in the United States. 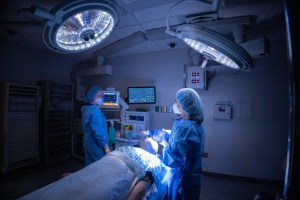 The grants will also provide education and resources for students to train in the profession and learn more about community engagement and social determinants for health.

“The community is where much of care happens, and this funding will play a tremendous role in preparing our future nurse leaders to serve communities,” said Linda McCauley, dean of the School of Nursing. “We have a responsibility to be part of the solution of making sure every individual has access to care, and we are grateful for such a breadth and depth of funding to bolster this work.”

The City of Atlanta is holding its third annual “Historic Preservation Week” on Oct. 15 to 20 with a variety of workshops, events and tours.

Hosted by the Department of City Planning, the week has the theme “Highlighting Atlanta’s Legacies, Cultures and Practices.”

Events include a tour of historic parks, a preservation expo at City Hall, and a keynote talk on the future of preservation from Chad Keller, director of Georgia State University’s Heritage Preservation Program.

Morris Brown College (MBC) along with the Technical College System of Georgia (TCSG) announced a partnership that will help further the educational careers of graduates holding a associate degrees.

The Historically Black college will now agree to a transfer articulation from students at one of the state’s 22 technical colleges, adult literacy programs and other economic and workforce development programs to get a four-year degree.

This unprecedented agreement will have Associate degree graduates of a TCSG institution transfer to MBC as a junior to complete their studies in either their Organizational Management and Leadership or Hospitality Management bachelor’s degree programs.

“This articulation agreement is an excellent opportunity for TCSG students who are interested in pursuing a four-year degree to continue their educational journey right here in Georgia,” said Greg Dozier, Commissioner of TCSG. “The partnership allows TCSG students to seamlessly transfer all of their credits earned at one of our technical colleges to Morris Brown College, saving them time and money.”

“Thousands of students now have the opportunity to complete a four-year degree at Atlanta’s most affordable accredited HBCU,” said Kevin James, President of MBC. “It is my goal that students complete a quality education and are not saddled in debt and immediately prepared to go into the workforce.” 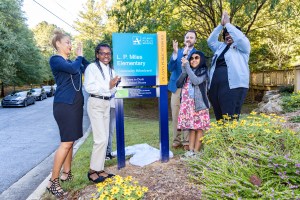 The Schoolyard program is an initiative to transform 10 local playgrounds into green play spaces that are open to the public outside of school hours, supporting the nonprofit’s mission of ensuring that every resident lives within a 10-minute walk to a park. Currently, 23 percent of residents do not have easy access to a local park, according to TPL’s 2022 ParkScore.

When considering how to serve the Atlantans living in a “park desert,” the team ran an analysis and found that opening all Atlanta public schoolyards to the public would offer park access to about 40,000 more residents, according to George Dusenbury, TPL Georgia state director. Nationwide, the reach would be around 19.6 million.

“The program helps reimagine schoolyards as vibrant community parks designed to meet the needs of students and nearby neighbors,” Dusenbury said in a press release. “We know that parks are essential to the health and well-being of communities, and this is one way we have committed to making them available and welcoming to everyone.”

This week, Atlanta Housing hosted a ceremony to place Georgia Historical Markers at the former sites of Techwood Homes and University Homes, the nation’s first federally funded housing projects. City officials and housing authority leaders gathered at the former sites to mark the birth of public housing in the U.S. in the 1930s.

The public housing sites were segregated but offered a reprieve from the overcrowded and dilapidated buildings that residents previously lived in. University Homes, constructed for Black residents, was spearheaded by former Morehouse College and Atlanta University President John Hope.

Click through the slideshow below for snapshots of the recent ceremony. Photos by Kelly Jordan. Historical photos were provided by the City of Atlanta during the event. 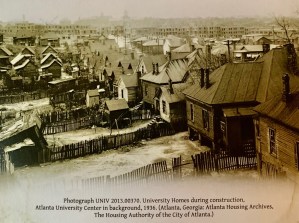 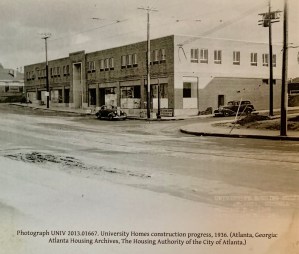 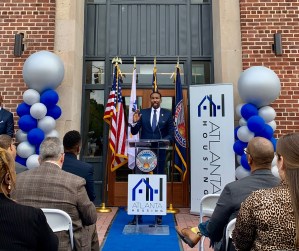 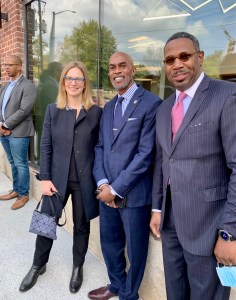 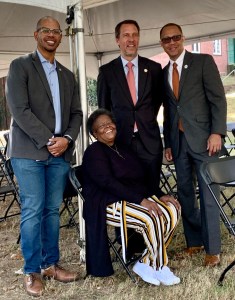 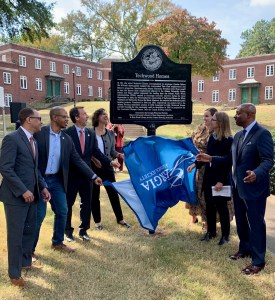 The following government agencies were recognized as going above and beyond with helping conserve water:

This is the fifth consecutive year that Cobb County was selected for the award.

“Throughout 2021, our award-winning partners helped people protect this precious resource by promoting WaterSense labeled products and water-efficient behaviors,” said Veronica Blette, chief of the EPA WaterSense Branch. “Saving water is particularly critical in areas impacted by drought but is also a path to helping consumers stretch dollars by reducing their water and energy bills.”

Atlanta-based The Original PeachSkinSheets recently donated 8,000 sheet sets and 1,000 individuals to Ukrainians displaced due to the Russian invasion of Ukraine. The donations went to Missouri-based Convoy of Hope, a nonprofit providing critical supplies — like food, water, mattresses, hygiene kits and generators — through warehouses in Ukraine, Poland and Romania.

While not a necessity, bedsheets can help provide comfort during an incredibly dark and difficult time. The company also donated 12,000 sheet sets in Afghanistan and Hurricane Ida Relief in Oct. 2021.

“Our hearts go out to the millions of Ukrainian displaced refugees who have lost everything, many including hope,” Founder and CEO Karen B. Levine wrote in a press release. “As the conflict continues, we want to be a source of support for those in need.”

The Atlanta Radical Book Fair returns for its 2022 edition on Saturday, Oct. 15.

The radical left-wing event is scheduled for noon to 6 p.m. at the Auburn Avenue Research Library on African-American Culture and History at 101 Auburn Ave.

Among the speakers is Modibo Kadalie of the Stop Cop City movement, which opposes Atlanta’s controversial plan for a public safety training center at the former Atlanta Prison Farm site in DeKalb County. He will speak about the concepts of police abolition and the “land back” movement, which seeks to return property to the governance of Indigenous people.