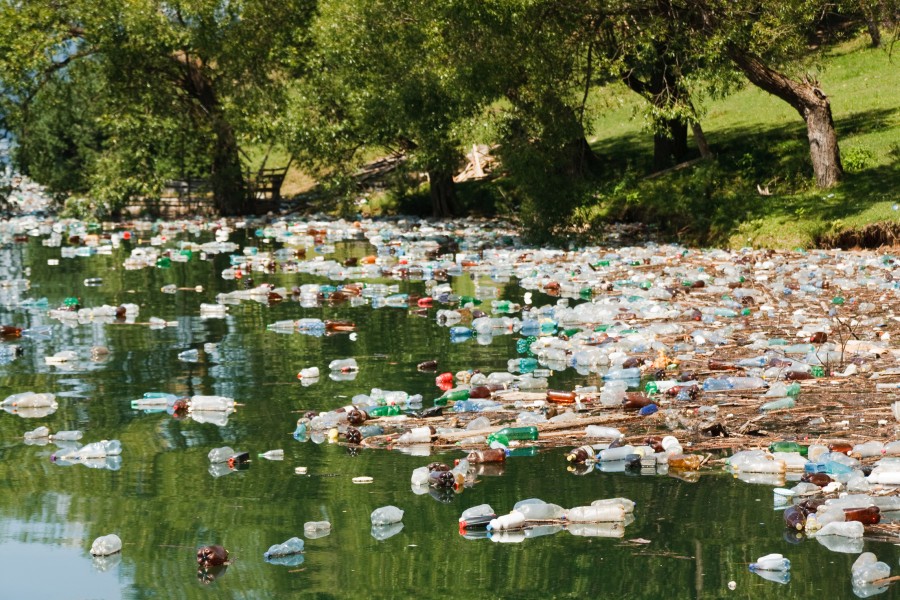 A photo of how plastic water and soda bottles damage the environment (Photo: Shutterstock)

By Guest Columnist PATTY DURAND, a former director of the Georgia Chapter of the Sierra Club who currently works in the energy field

When I was a teenager I rode horses in the summer. The barn where I rode had a vending machine filled with Coke, Tab, Fanta grape and orange flavors, and Sprite.

After long hot horseback rides all I wanted to drink was water, but there was no water fountain at my barn. I was forced to drink Coke when that sugary sweet beverage was the last thing I wanted. I remember wishing the vending machine had chilled water but couldn’t imagine a company being able to sell a product that we get free out of our tap.

And now, 30 years later, I find myself on the opposite side of my teenage fantasy of chilled water from a vending machine: I don’t want bottled water to exist anymore. I don’t want it because 80 percent of the bottles aren’t recycled and so end up in the landfill or the ocean.

Also, producing bottled water is energy intensive, and at a time when global warming is at hand, we are looking for ways to reduce carbon emissions. 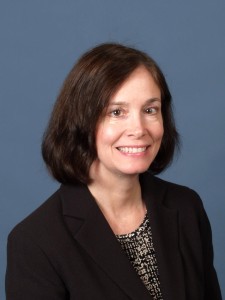 Lastly I don’t want them because they are completely unnecessary in many of the ways we use them.

Recently I ate lunch at the Park Tavern restaurant and was appalled to discover they are serving patrons chilled water in Aquafina water bottles at no charge.

The wait staff told me it’s because it’s easier for them than going back and forth bringing and refilling water glasses. I also learned they do not recycle these water bottles. While I was there I observed patrons giving their dogs water from the water bottles since Park Tavern has a dog friendly outdoor patio part of the restaurant. So, wow – now even dogs drink bottled water.

I followed up with Park Tavern’s owner Paul Smith to find out why he made this decision and to express my unhappiness at this lack of environmental ethic.

Paul let me know there were several factors at work, and he stood by his environmental ethic. First, Paul reminded me that Park Tavern supports the Chattahoochee Riverkeeper. He cares a lot about the Chattahoochee River and the pressures the river is under serving a population of nine million residents. He continued by saying he thinks that trucking in bottled water is better for the river as he is not using local municipal water in his restaurant, at least not to serve patrons drinking water.

Paul also claimed that water used to wash glasses in commercial dishwashers is of much higher usage than the amount in water bottles so he is actually saving water by not washing glasses.

Lastly, he said it takes a lot of water to make a glass so that’s why he didn’t use water glasses before switching to water bottles. Park Tavern previously served water in small plastic cups.

This is completely wrong thinking: dishwashing is not a consumptive use. The water from a commercial dishwashing unit, and our units at home, too, is sent to the city water treatment plant via the sewer system like all of our household and business water where it is treated and then returned to the Chattahoochee. 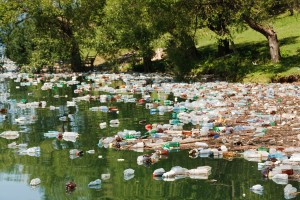 A photo of how plastic water and soda bottles damage the environment (Photo: Shutterstock)

The water used in manufacturing plastic is a consumptive use and is probably mostly evaporated in cooling towers. Plastic water bottles also use large amounts of plastic and oil resources to make the bottles – taking vast amounts of fossil fuels to ship heavy water.

Even if Paul were correct that his decision to serve patrons free water in water bottles is better for the Chattahoochee River (and he’s not), why then isn’t Park Tavern recycling the thousands of plastic water bottles they serve? Paul let me know that the City of Atlanta does not have a commercial recycling program.

This raises an important and probably the biggest issue here: Why doesn’t the city provide commercial recycling? I feel like a chump filling my little recycle bin every week when Park Tavern is sending thousands of water bottles to the landfill every day.

The city is getting accolades for their Better Building Program and LEED certifications while vastly underperforming in important ways that would make a big difference. I hope that Stephanie Stuckey Benfield, the city’s new director of sustainability, will choose to make commercial and multi-family building recycling a priority in her tenure. 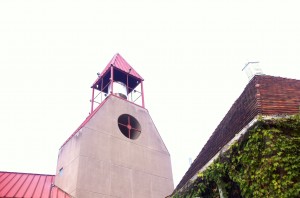 Meanwhile, why is Park Tavern serving plastic water bottles to patrons who don’t even ask for water? I saw many partly or unconsumed water bottles left on tables. Their wait staff needs better training to bring water only upon request. It can also ask patrons to fill dog bowls with water that Park Tavern provides for dogs and not from water bottles.

Here are a couple of ultimate ironies: Park Tavern serves water in Aquafina water bottles, or did the day I was there. Both Aquafina from PepsiCo and Dasani from the Coca-Cola Co. originate from municipal water systems.

Could there be other restaurants operating under these misconceptions? If so, my hope is that Park Tavern and any establishments, upon reading this column, will change their ways and quit serving water bottles to their patrons.

Then we can all raise a tall glass of water to celebrate their embrace of more environmentally sustainable practices.

Note to readers: Patty Durand, who served as director of the Georgia Chapter of the Sierra Club from 2005 to 2009, spoke to Paul Smith a second time before the publication of this column. He claimed that his trash hauler “recycles” their waste, which they put in one bin – and started lecturing her on single-stream versus multi-stream recycling. Durand wasn’t sold because both Paul Smith and his wait staff initially had told her they don’t recycle the water bottles.