Who Is Your (Green) Hero? 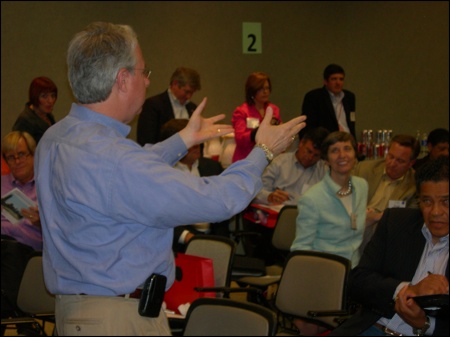 Conservation heroes commit time and energy to advocating for parks and greenspaces for the good of those around them. They are dedicated to creating, preserving and enhancing outdoor spaces, making communities healthier, happier places for all. For 10 years, Cox Enterprises and The Trust for Public Land have asked Georgia and other regions, “Who’s YOUR hero?” Through the Cox Conserves Heroes program, we have acknowledged individuals who are making a positive impact on the planet through volunteerism and honored their commitment with financial support to their nonprofit of choice.

Over the years, we have met some incredible people like 2017 Cox Conserves Hero Stephen Causby who led the grassroots transformation of an overgrown lot on English Ave.  Linda Cotten Taylor secured funding to make improvements at Chapel Hill Park in Decatur. that include a playground, fishing pier, fitness stations and signage. In addition to being the park’s lead fundraiser, she facilitates volunteer cleanups and works with the DeKalb County Recreation, Parks & Cultural Affairs department on security issues. And Bob Scott put his lawnmower to use to create and maintain a new trail leading City of Atlanta residents to Peachtree Creek.

Stephen, Linda, and Bob are just a few of the of dozens of Georgia’s Cox Conserves Heroes – and hundreds of national Heroes who have been recognized for creating, protecting and improving community spaces; volunteering their time; and inspiring others to engage in community conservation.

The Cox Conserves Heroes awards program is how Cox Enterprises and The Trust for Public Land honor the unsung heroes in our communities, as well as support the local organizations doing the important work of improving our environment. Through the program, we hope to inspire more people to take an active role in community conservation.

During the month of July, each of the eight markets hosts a call for nominees and the public nominates volunteers using a brief online form. This year, nominations are due by July 31. A panel of local civic and environmental leaders will select one finalist from their pool of nominations in August, who will then compete for the national Cox Conserves Hero title to be named in October.

Each finalist will be profiled online in a locally produced video and will have the opportunity to share their story. Local finalists will be awarded $10,000 to donate to the nonprofit of their choice. The national winner, who is voted on by the public, will be awarded an additional $50,000 for their nonprofit of choice.

We want to know – who is your hero? There are a few days left to submit your recommendations for your favorite volunteer and environmental advocates.

Be sure to subscribe to www.coxconservesheroes.com for 2018 program alerts and don’t forget to nominate your favorite park-loving, shovel-toting volunteer by July 31st. You can also learn more by following the Trust for Public Land on Facebook.

Share10
Tweet
Share
Pin
Pocket
WhatsApp
Buffer
Email
Reddit
10 Shares
Tags:
Previous Article
The State of the Arts in Atlanta
Next Article
The toughest IT job to fill in Georgia is one farmers could use