Why are communities most affected by research often the last ones involved? 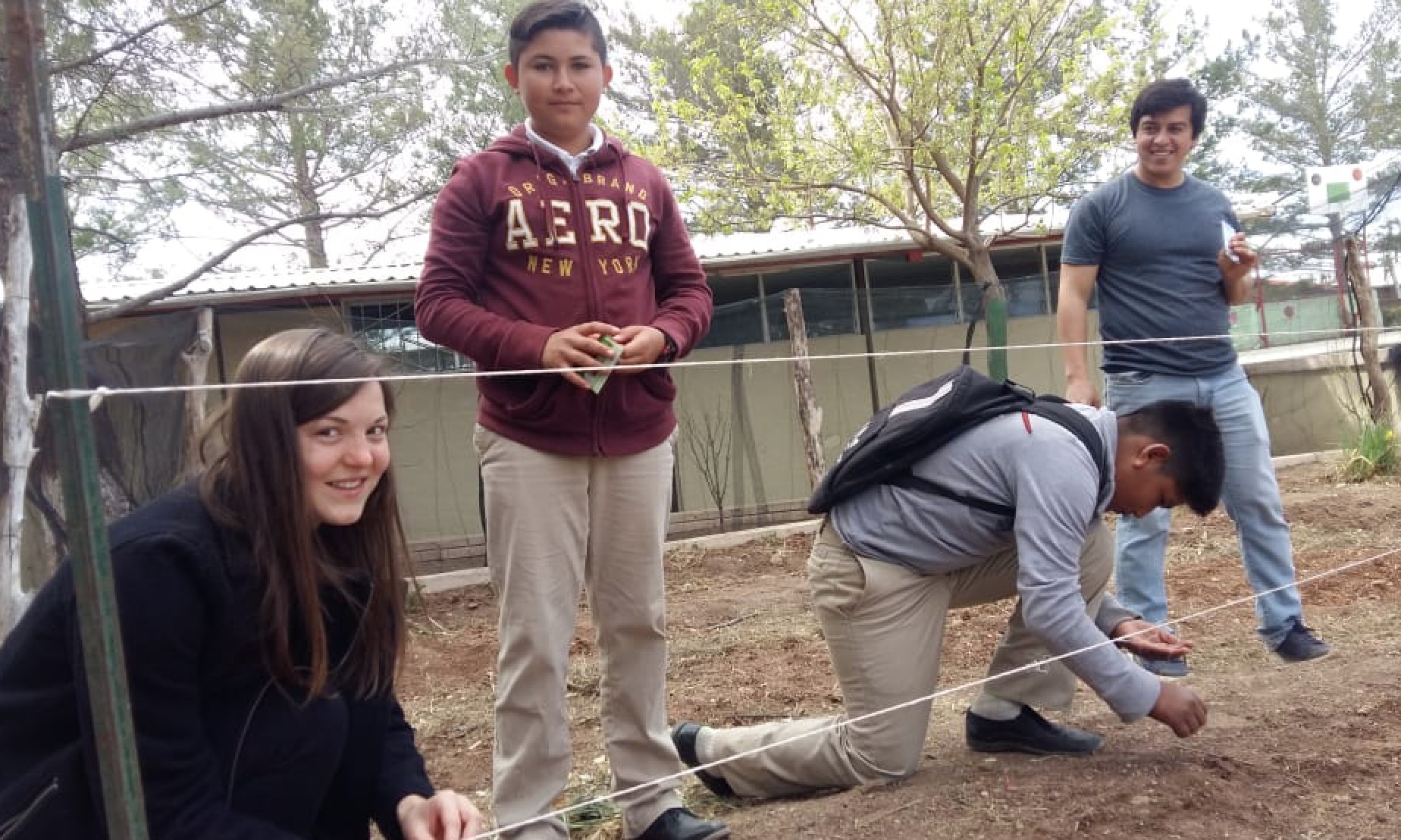 “I got out!” An overwhelming feeling of relief and achievement washed over me as I went up to the stage to receive the piece of paper I’d paid for in my own sweat and sanity over the previous four years. 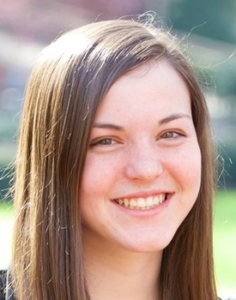 It’s been two years since I graduated from Georgia Tech with a bachelor’s in materials science and engineering. And now, it’s graduation time again for many – and it is a very confusing time indeed. There are the feelings of achievement, and “being done,” mixed with the bittersweet feelings of leaving behind friends and your home of the last four-plus years – and, maybe more poignantly, the new stress of having to find a job.

Although I had a few job offers in engineering before graduation – from companies including Michelin and Boeing – I turned them down in the hopes of pursuing a career in sustainable community development. Finding opportunities in this area was stressful and challenging, but my hard work and persistence paid off and I was lucky enough to be awarded a Fulbright Scholarship. The scholarship funded me to pursue a master’s at Newcastle University in England, in sustainable agriculture and food security, which I completed last September.

With a degree in materials science, why would I pursue further education in agriculture? For me, it wasn’t that much of a jump. Growing up camping and hiking every weekend, I had developed a deep connection to the natural world, and thus I had always been interested in issues of sustainability. But it was ultimately my experiences at Georgia Tech that drove me to the career switch.

While at Tech, I served for three years as president of the student organization, Engineers for a Sustainable World. I connected with a wide variety of local nonprofits and, through those, came across a set of hydroponic growing equipment that had originally been used on the set of the Hunger Games (which was filmed in Atlanta). Hydroponics is a way to grow plants without soil, in nutrient-rich water. Before long, I started a student-led research group (which continues today) to build new systems and experiment with sustainable growing methods in a rooftop greenhouse on campus. 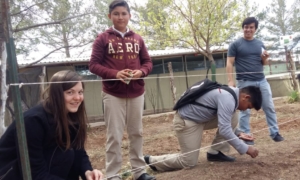 With this, I became more interested in food – the different ways of growing in urban areas, the lack of education about where our food comes from, and the distinct ways our food systems perpetuate social injustices. I also became more focused on community-level change, and in my last year at Georgia Tech, I began working for the Center for Serve-Learn-Sustain (SLS), which had just opened that year.

While in this role, I began to learn much more about food deserts in Atlanta (areas where people struggle to access fresh and healthy food) and the larger underlying issues: Environmental justice, structural racism, and the segregation of public resources in our city. I also came to understand more about the odd power dynamics between higher education institutions and local communities, which were often treated simply as “research subjects.”

Working at SLS was eye-opening because it highlighted these issues, and Georgia Tech’s role in these, in a very honest and critical manner. I learned about the different strategies we could use to improve our engagement with communities, including: 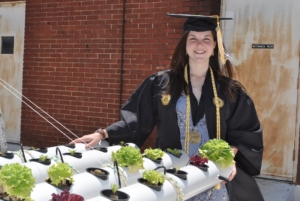 Nicole Kennard on graduation day, in May 2017, standing with one of the hydroponic systems she built on the rooftop of the Biology building at Georgia Tech. Photo courtesy of Nicole Kennard

I was even part of the original application to the United Nations University to designate the greater Atlanta area as a Regional Centre of Expertise (RCE) on Education for Sustainable Development. The UNU approved our application in December 2017.

These experiences ultimately led me to pursue further education in sustainability, in the hopes of one day being able to help lead community-oriented sustainable development projects and research.

Continuing in higher education isn’t for everyone, and it certainly isn’t perfect. I was lucky enough to receive a scholarship and stipend from the Fulbright Program to fund my master’s, after having received the Stamps President’s Scholarship at Georgia Tech, which meant I did not have massive debts to pay off after completing my undergraduate degree. Unfortunately, so many bright minds often do not have the opportunity to attend any university because of the financial burden, and this is something that needs to be seriously addressed within our education system.

Now, I have recently accepted a position as a doctoral researcher at the University of Sheffield (still in the UK) as a scholar in the Grantham Centre for Sustainable Futures, where I will be conducting research related to urban agriculture. Like most universities, we promote missions dedicated to improving the lives of people and the health of the planet.

Despite universities’ missions to help the world, it is not so easy to bring about community-level change as a researcher in a higher education institution. Although nearly all research and grant proposals must include an “impact statement” on how the research would benefit the world around us, it is quite rare for researchers to actually engage with the communities they might impact, and to inform them about the research or share the results. 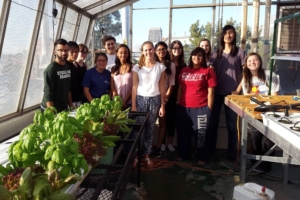 The Engineers for a Sustainable World hydroponics research team poses in 2017 with the team’s hydroponic systems in a rooftop greenhouse at Georgia Tech. Photo courtesy of Nicole Kennard

During my time at Tech, many community groups had developed a distaste for the institute because they felt researched on rather than with. It is often the case that communities are used as subjects, and then left on their own once the research is completed, with no information about research outcomes or practical applications.

The original study of science grew out of a natural wonder for the world, and a desire to improve peoples’ lives. With private corporate funding pushing the research at many public universities, along with pressure for academics to publish in high-impact journals, the focus of scientific research seems to have drifted from its original purpose. Knowledge has been commercialized and the education of students has become commodified, with the effects of private capitalism breaching even our most fundamental public institutions.

That’s not to say that nothing is changing.

For example, the Center for Serve-Learn-Sustain and the new RCE Greater Atlanta are collaborating with community groups as equal partners in research and supporting their projects through courses at Tech. The RCE, in particular, serves as a network to bring higher education institutions together to work on collaborative projects with community organizations, government, and business leaders.

The network has been useful even for my own doctoral research, as I’ve been able to reach out to a variety of local urban farmers (especially through the Atlanta Farmers Coalition) and nonprofit food organizations (such as Food Well Alliance and the Atlanta Community Food Bank) as I build my doctoral research questions based on the insights and needs of those on the ground. 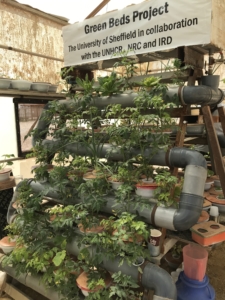 The University of Sheffield’s ‘Green Beds’ project at the Za’atari refugee camp, in Jordan, teaches refugees how to grow food hydroponically in waste mattress foam. Photo courtesy of Nicole Kennard

This type of co-creative, bottom-up model, where those impacted by the research help design the research, is highly praised and discussed among academics today, although not necessarily used as often as it should be. Engaging community members and stakeholders takes time and money, and often a university is more concerned with the final publication of the research. Still, some researchers have been shifting their focus to what Carolina Lopez-C. and her team, from RCE Borderlands Mexico-USA, call “transformative research” – the idea of research as service, where researchers act as a resource for communities and walk alongside them on a mutually beneficial journey (see chapter 3 of this publication).

I recently had the opportunity to visit Carolina and the sustainable development projects she supports under her non-profit organization, Living Lab/Center of Dialogue and Transformation, Inc. I saw firsthand the way she worked with different communities in Chihuahua, Mexico, on projects ranging from environmental education in museums, to sustainable buildings, to food co-operatives. I also worked with her to give a series of eight social-emotional development workshops in different schools in the area, and I was so humbled by how engaged and grateful students were to be able to spend an hour and a half of their school day reflecting on their values, emotions, and dreams.

It is these types of participatory projects, where experts spend time engaging with communities for the sole purpose of helping and serving, that need to be prioritized alongside research by higher education institutions.

The United Nations and UNESCO have especially been highlighting the need for community engagement and participation in all research and initiatives from higher education institutions in terms of sustainable development. Indeed, when we as researchers involve grassroots community members in a two-way exchange throughout the research process, we are able to learn more about the needs of local people and their own strengths and solutions. It is of vital importance for us as researchers to learn about the indigenous knowledge held in communities and the traditional ways of tackling issues, rather than simply coming in with top-down solutions.

In my new role as a doctoral researcher, I recently travelled to the Za’atari refugee camp in Jordan, which was established in 2012 and is now home to nearly 80,000 Syrian refugees. My research team engages in projects that teach and provide materials for refugees to grow their own food hydroponically in waste materials such as mattress foam, since the soil is not ideal for growing in this area. 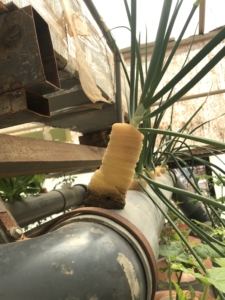 Edible plants grow hydroponically in waste mattress foam at the Za’atari refugee camp in Jordan in a ‘Green Beds’ project by the University of Sheffield. Photo courtesy of Nicole Kennard

The teaching program itself is a very participatory process, as newcomers and seasoned growers alike are encouraged to share thoughts and best practices on growing, and all growers are connected through a mobile communication platform. My research team is also applying for a large grant in collaboration with a variety of universities within the UK and Jordan, which would greatly expand the projects we work on at the camp.

Before applying for the grant, we held a meeting with the refugees at the camp who had identified themselves as academics and researchers, to gain their insights on what initiatives would be most interesting and beneficial for those living at the camp. Although asking for feedback from the people the projects will be affecting seems like an obvious step, it is unlikely that other universities applying for this grant even considered reaching out to individuals at the camp in this way before actually receiving any funding. If our group does receive the grant, we hope to engage these refugees as “peer researchers” who will help carry out projects and research on the ground.

Obviously, there is still a long way to go to change the politics and engagement efforts in scientific research. However, as we begin working more closely with the people most affected by our research, we can learn to build on local assets, adapt solutions to fit local needs, and develop strategies that consider people first, and corporate and institutional interests last.

Editor’s note: More opportunities relevant to this article are available on this page.

Note to readers: Nicole Kennard is a doctoral student in the Grantham Centre for Sustainable Futures, at the University of Sheffield, in the United Kingdom. She researches sustainable food production in urban areas and the public environmental benefits that result from urban growing. Nicole is originally from Acworth and graduated from Georgia Tech in 2017.