Why Newell Brands is moving its HQ back to Atlanta 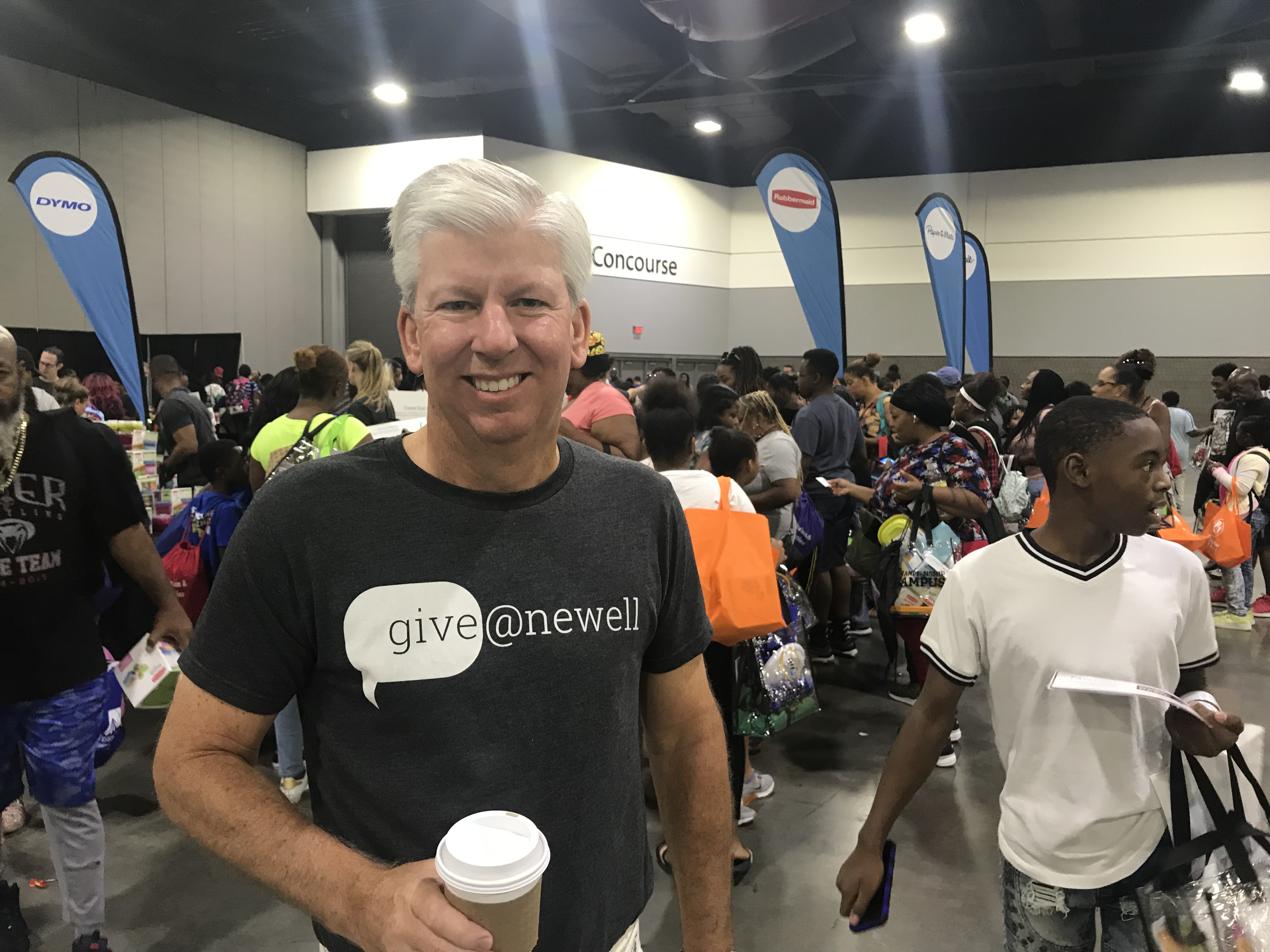 Newell Brands – the Fortune 500 company that on Aug. 2 announced it is moving its headquarters back to Atlanta after three years in Hoboken, N.J. – has been a company in a constant state of change.

Michael Polk, who was the CEO who had moved Newell’s headquarters near his New Jersey home in 2016, left the company in June.

Chris Peterson, who joined the company in December as chief financial officer, is now serving as interim CEO and has been busy implementing a turnaround plan for the consumer products company.

Then on July 30, Newell’s board announced it had selected Ravi Saligram to be its new CEO starting Oct. 2. 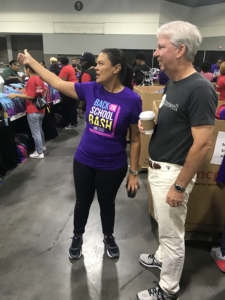 Given all the comings and goings, it’s no wonder that Saligram had to ask Peterson, “Where should I show up for work?”

Peterson sat down with the Atlanta Business Chronicle for an interview on Aug. 10 at the Georgia World Congress Center, where the company was the presenting sponsor for the annual Back to School Bash – a benefit the company has sponsored for the past five years. That day the company gave away more than 67,000 back-to-school items for students attending Atlanta Public Schools.

“I’m the one who made the decision to move the headquarters to Atlanta,” Peterson said during the interview. “I felt Atlanta was a better location for the company than Hoboken.”

Newell has more than 1,000 employees in Atlanta, and three of its seven divisions – Baby, Writing, and Food – are based in north Fulton. More than half of the company’s operating profit comes out of those three divisions.

“None of our operating companies were in Hoboken. We wanted to bring the senior people closer to the operating divisions and build a better sense community,” said Peterson, who did not want to comment on the decision to move the headquarters out of Atlanta in 2016. “I’m focused on what we can do going forward.”

Interestingly enough, Peterson has no personal history with Atlanta. He grew up in Cincinnati, and he spent 20 years working for Proctor & Gamble before joining Ralph Lauren Corp. and Revlon. He has lived in several different places including New York City, Baltimore, Switzerland and Connecticut.

“I’ve never lived in the South,” Peterson said. But he clearly saw the advantages of moving the headquarters back to Atlanta. “Certainly the ability to fly anywhere from Atlanta is a big plus, and the ability to attract quality talent also is a big plus.”

Peterson, who was a candidate to become the new CEO, is committed to staying with Newell in his role as CFO.

“They wanted to bring in a CEO who had been a CEO in the past,” Peterson said. “I’m excited about continuing to do the work that we’ve started. Shortly after I joined I developed a turnaround plan for the company. We have been making very good progress on that since I’ve been with the company.”

Asked about his future with the company, Peterson said, “I’m planning to stay. I’m house hunting while I’m in Atlanta.”

Saligram will be joining Newell – in Atlanta – after spending five years as CEO of Ritchie Bros and previously as CEO of OfficeMax Inc. until its merger with Office Depot in 2013.

When Peterson joined the company at the end of 2018, he believed “the company was not operating at its full potential” despite having “a great set of consumer brands.”

He developed a multipoint plan to strengthen the company’s portfolio, which mean selling some of the brands that were not core to the company’s consumer products focus. 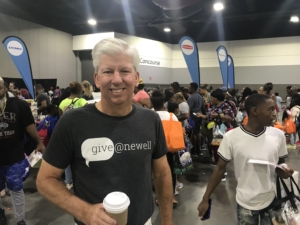 Chris Peterson, interim Newell Brands CEO, at the 2019 Back to School Bash (Photo by Maria Saporta)

“We are on our way back,” Peterson said. For the second quarter in a row, the company’s earnings results were ahead of expectations on all key metrics, and it showed significant improvement in its operating margin and cash flow.

Having the headquarters back in Atlanta is central to that comeback story.

There will be about 100 jobs that will be moving from Hoboken to Atlanta. Peterson expects about half of the people in those positions will move to Atlanta. About 200 people working in Newell’s e-commerce division will remain in Hoboken.

Some Newell executives never fully moved from Atlanta to Hoboken, including Nancy O’Donnell, senior vice president of investor relations and communications who has been with the company since 2008.

Peterson said he expects the move of employees to Atlanta to be completed by the end of the year, even though some people may not move their families until after the school year next spring.

“We wanted to do it in a way that was the least disruptive for our people,” Peterson said.

Newell Brands can trace its roots back to 1902. In March 1999 the Newell Co. acquired Rubbermaid Inc. – and the company became Newell-Rubbermaid. In 2003, the company moved its headquarters to metro Atlanta from Freeport, Ill.

“I’m a believer of having a headquarters that’s very much engaged,” Peterson said. “We encourage our employees to be involved. We provide eight hours of paid time off when they volunteer.”

There were about 100 Newell volunteers at the Back to School Bash giving away Sharpie pens, Elmer’s glue and the myriad of other products that fall under the company’s umbrella.

Although he isn’t that familiar with Atlanta, Peterson liked what he saw as he was looking at neighborhoods stretching from Ansley Park, Buckhead to Brookhaven.

“It’s a beautiful city. It has great historic neighborhoods interspersed with new buildings,” Peterson said. “It feels like a booming, vibrant city that’s very attractive. I like all the vegetation.”

The headquarters will be based at 6655 Peachtree Dunwoody Road, where the company was to have had its headquarters before the move to Hoboken. Peterson said the company also has rental space at Embassy Row in Sandy Springs, and it has recently moved its Writing division to Morgan Falls nearby.

“We are going to have three different locations,” Peterson said. “We will have all of our people within a two to three mile area.”

Given all the change the company has experienced in recent years, Peterson is looking forward to working with Saligram to build a strong Newell from a more stable foundation.