The Boys Core Camp enjoying a whitewater rafting and backpacking trip in Colorado this summer. (Photo courtesy of Wilderness Works.)

It’s no secret that spending time outside has a multitude of health benefits — like reduced depression and anxiety, stronger immune systems and even better eyesight. But not everyone has equal access to these benefits.

A 2019 study showed that kids living in lower socioeconomic households spent less time outdoors than their peers in more affluent areas. In a region with one of the highest economic disparities in the nation, Wilderness Works wants to help.

Wilderness Works is an Atlanta-based nonprofit that offers outdoor adventures and cultural enrichment experiences for youth who are homeless or economically disadvantaged. With the organization, local kids get the chance to visit nearby landmarks like Pisgah National Forest in North Carolina and big-name parks like Glacier National Park in Montana.

The nonprofit serves around 200 local youth each year, ranging from elementary to high school — 85 percent of which are economically challenged and 40 percent are experiencing homelessness. 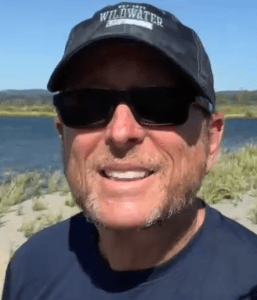 Founder and Executive Director William Mickler started Wilderness Works in 1997, inspired by his time working with disadvantaged kids as a student at Mercer University.

“I grew up privileged for the most part and it was so funny — I was a camp counselor at Camp Pinnacle [in my hometown],” Mickler said. “The kids there have nowhere near the appreciation that the kids did in Macon, living in government-subsidized housing. When I started working with those kids, they were very, very, very enthusiastic. I never forgot that.”

As a lifelong backpacker with a love of nature, Mickler believes having a strong connection with the outdoors is an essential piece to a full life.

“The infrastructure that we dwell in consumes us and we don’t even realize it,” he said. “A lot of times people talk about the outdoors, going outside is ‘out.’ But I would say we’re going ‘in.’ It’s a matter of perspective.”

Mickler continued: “If you go to Westminster, Lovett, or Pace, there’s a good chance you’re going to be able to get into the National Parks and National Forests, etc. But if you are living in other zip codes, maybe you don’t even leave your zip code. That’s what helped give birth to Wilderness Works.”

The nonprofit offers five programs to fit the needs of all students, whether they’re starting elementary school or anticipating graduation day. All programs and trips are free-of-charge for the students and their families, and the nonprofit has an annual budget of about $400,000. Wilderness Works partners with local schools and shelters to find kids who might be interested in joining. 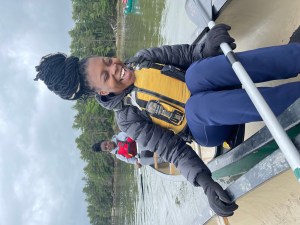 Some of the programs, like Day and City Camp, offer adventures around the city for younger kids, like trips to local parks and museums. At Summer Camp, the kids get the classic sleepaway experience and a packed schedule with ziplining, canoeing and swimming — hosted by local partners like Camp Evergreen and Camp Grace. Core and Field Camp takes kids to destinations completely different from their life in the city — like hiking Cumberland Island, whitewater rafting in Tennessee and whale watching at Olympic National Park.

“We’ve been to almost every National Park in the United States,” Mickler added.

For many campers, these experiences are life-changing — helping them build self-confidence while having new experiences and learning more about the world around them.

“Character development is a big deal to us,” Mickler said. “We use four words — fit, kind, eager and smart. Without a doubt, kindness is king, everything else is secondary. We’re competing with a culture that doesn’t teach that.”

He continued: “[These experiences] affect their character, life choices and self-concept. In other words, they think of themselves as somebody who’s expanded beyond a certain boundary and it gives them new identity and self-worth.”

Previous Article
Atlanta and Bogotá: What can our transit learn from each other
Next Article
I voted for More MARTA, not less MARTA