Stone Mountain’s role in the culture of the South is to be explored at the High Museum of Art in photographs that are part of the upcoming exhibition, “Picturing the South: 25 Years.” A future museum at Stone Mountain Park is to provide another perspective. 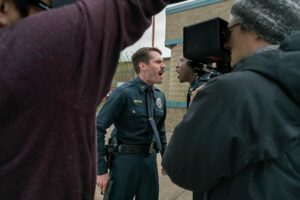 The museum at the park may provide a fairly literal presentation of the history of the carving known as the Stone Mountain Confederate Memorial, according to descriptions in the state’s Oct. 25 request for proposals from the private sector. A contractor is to be selected by late June 2022. No construction dates are provided.

The High’s exhibition of photos of Stone Mountain, though, is more evocative than literal.

The images are in a series of almost 200 photos commissioned by the museum over the past 25 years to chronicle the South. They are brought together for the first time, in an exhibition showing Friday through Feb. 6, 2022.

Atlanta artist Sheila Pree Bright’s images of Stone Mountain stand out in the series, given the context of the future museum and continuing conversations about what, if anything, should be done with the carving of Confederate leaders Jefferson Davis, Stonewall Jackson and Robert E. Lee. The state acquired the mountain and surrounding property in 1958 and the legislation observes the land was to be “developed, maintained and operated as a perpetual memorial to the Confederacy and the Confederate States of America.”

Historian Grace Elizabeth Hale wrote recently about the role of photography in the South, in a piece in southerncultures.org. Hale grew up in Atlanta and earned two degrees at the University of Georgia, where she spent enough time in clubs and cafes to gather string for her 2020 definitive book on the Athens music scene: “Cool Town: How Athens, Georgia, Launched Alternative Music and Changed American Culture.”

Hale wrote of Southern photography: “By going back and looking at something again, maybe we can see where it all went wrong… Maybe we can keep troubling the past until we figure out a new future.”

The High released this description of Bright’s works on Stone Mountain: “Bright’s mysterious black-and-white photographs of Stone Mountain, a public recreation area that surrounds the largest monument to the Confederacy, scrutinize the literal and figurative marks that the region’s history of white supremacy has left on the land.” 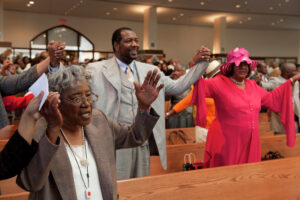 The planned museum at Stone Mountain Park is to cover this ground, according to the RFP. The park’s existing 4,000-square-foot exhibit hall is to be repurposed to house the new project. The schedule sets deadlines for proposals due, on April 12, 2022, and a finalist announced by June 28, 2022.

The following description of the exhibition is contained in the RFP issued by the state entity that oversees the park, the Stone Mountain Memorial Association:

In addition, the RFP provides these insights into the content that’s to be developed and displayed: