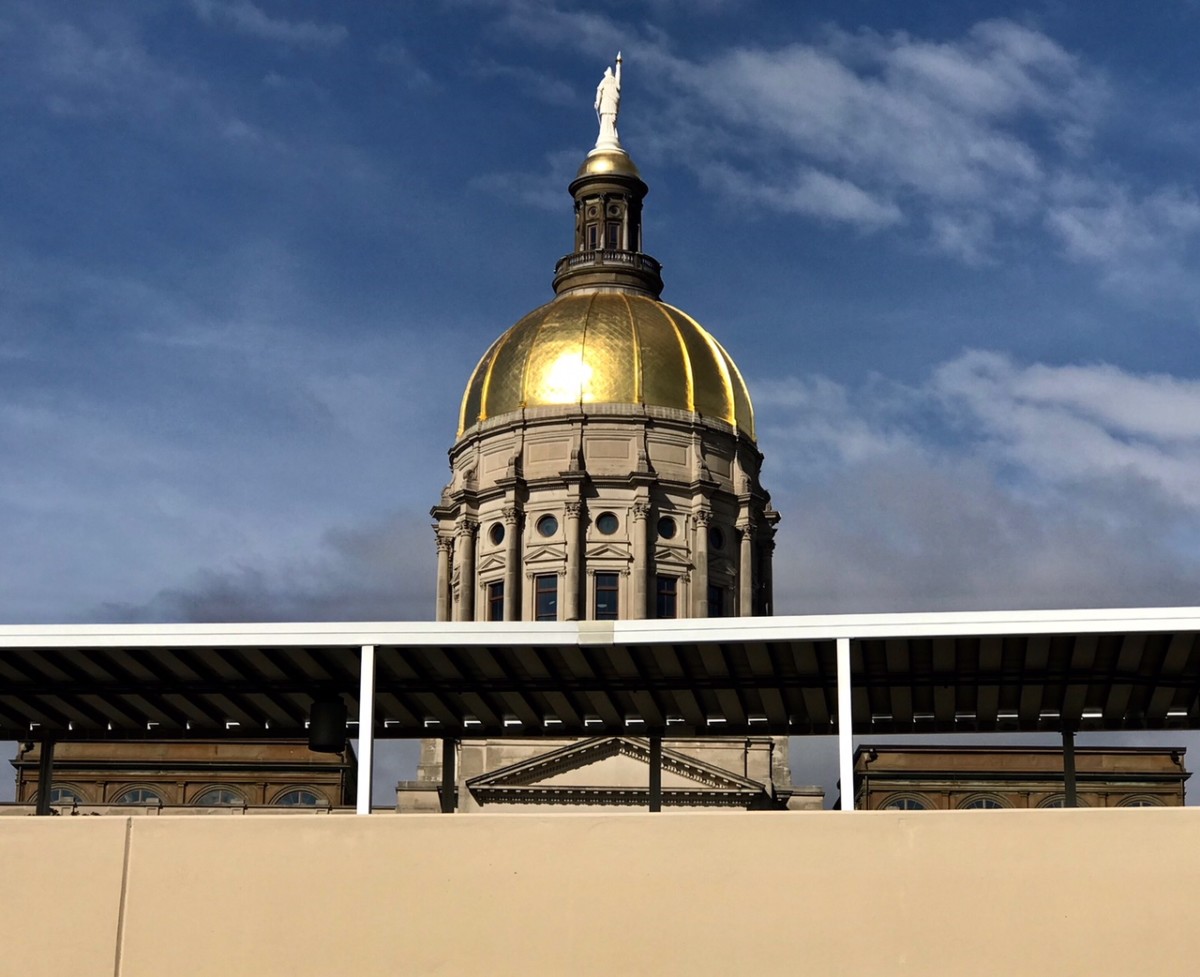 The Buford Republican’s speech came a day after the announcement that she would no longer chair the Health and Human Services Committee.

As she spoke, my phone was lighting up. A text with the fire emoji. Another that was simply, “Hot damn.” 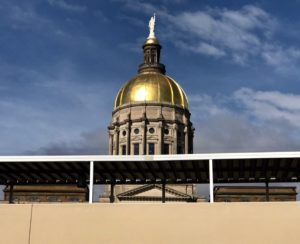 It’s, um, rather unusual for a Republican woman to get up and make an impassioned speech about women not being in power.

There was even a virtual high-five of sorts from Stacey Abrams on Twitter: despite disagreements on policy, Abrams said she shares Unterman’s concern about representation.

In the state Senate — and the House for that matter — gender and race are a very strong predictor of party. There are two Republican women of a total 56 state Senators. There have only been a handful of black Republicans in the Legislature in recent years. As long as Republicans are in power, meaningful legislative leadership will be mostly a white male affair.

One can’t help but wonder how big a role those optics, a vision of a party that looks like it can mainly only appeal to white males, will play in the next election — less than two years off.

Women make up 30.5 percent of Georgia state legislators, a little bit above the national total of roughly 28.5 percent.

In her speech, Unterman ridiculed new Lt. Gov. Geoff Duncan, a fellow Republican, for boasting to the AJC that the state Senate had gone from two to four female committee chairs.

By Unterman’s count, her HHS committee had 121 bills in the last two-year legislative term; none of those four women-chaired committees had more than 32 pieces of legislation in the same time period.

There are 27 state Senate committees. Things like Special Judiciary, Science and Technology and Interstate Cooperation get very few bills, and none of much import. (Conversely, Appropriations, by its nature, gets almost nothing, but what it does get is huge: the budget.)

What followed Unterman was a string of speeches by Democrats on crummy committee assignments.

State Sen. Emanuel Jones of Decatur said he stands in solidarity with the women of the Senate, but he’d take a moment to talk about people of color as well.

Well over 70 percent of the Democratic caucus are people of color, he said; and about two-thirds of the caucus is female. He also pointed out another thing he attributed to gerrymandering: not quite 30 percent of Senators are Democrats, even though last year, the best-performing Democrats in statewide races polled in the high 40s.

“Window-dressing,” as Orrock put it.

Republican Jeff Mullis of Chickamauga followed Unterman and the Democrats.  Back when Republicans were a minority, he was on one of those do-little committees: Special Judiciary. He said Democrats treated the Republicans even worse on committee chairs back then.

And he claimed the state Senate has been more bipartisan than probably most chambers across America. “The whining is not correct when it comes to the partisanship here,” Mullis said.

Well, maybe, maybe not. One way to look at that is proportionality: are the seats on each committee divided up between parties in the same proportion as parties are in the chamber?  Mullis’ Rules Committee roughly is — if you don’t count the four ex-officio Republican members.

Now, Unterman herself pinned her ouster in large part on “lobbyists and donors” who want at least some hospital deregulation this year. Or, as she put it, those who want to “strip-mine” Georgia’s health care system.

She said what was on her heart were some of the policies she’s been working on for years: anti-sex-trafficking measures, curbing opioid abuse, funding addiction treatment, mandating insurance coverage for young people who have autism, and more.

She also has her critics on policy, many of them Democrats. She’s not been interested in putting medical marijuana cultivation on her committee’s agenda, for example. She’s also supported controversial “pregnancy resource centers,” which counsel women on alternatives to abortion. Critics say the centers steer women away from a service which they have a legal right to choose.

Unterman also mentioned voting during her speech. It’s never far from the minds of folks who have to run for their jobs every two years.

“The eyes of Georgia are watching, especially the women of Georgia, who are now engaged in voting in record numbers. Thank goodness they’re voting and they’re engaged,” Unterman said.

Previous Article
Atlanta police to use body cameras properly or face fines, penalties, chief says
Next Article
Viewed from the far side of the moon, shutdown doesn’t seem so important