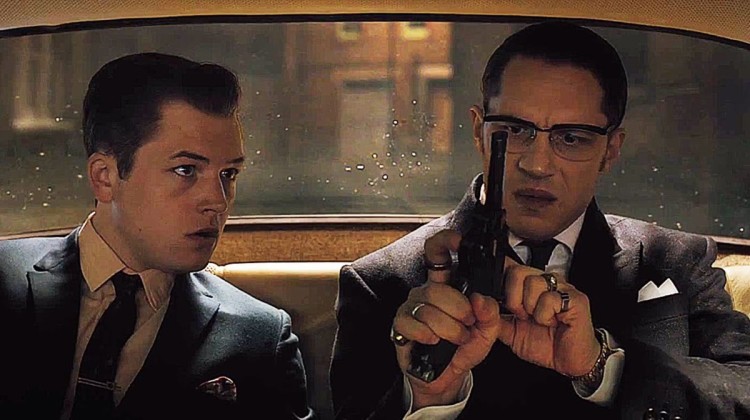 Sadists in the movie, "Legend," prove to be redundant; Credit: Special

No doubt about it. The Kray brothers were beastie boys through and through.

Sadists in Saville Row suits, these twin brothers ruled the London underworld in the mini-mod ‘60s.  While the Beatles were busy with “Rubber Soul,” the Krays were busy rubbing people out. 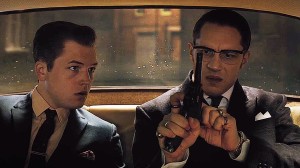 Sadists in the movie, “Legend,” prove to be redundant; Credit: Special

In “Legend,” Tom Hardy plays both brothers (think, “The Parent Trap,” but bloodier). Ronnie’s the psycho and Reggie’s the smoothie. Well, actually, Reggie’s a psycho, too, just with better social skills. Their story is narrated by Frances (Emily Browning), Reggie’s girlfriend/wife, whose insights aren’t especially riveting. But then, the Kray’s actions speak for themselves.

The brothers have their hands in every possible pie. One minute they’re making a deal with an emissary (Chazz Palminteri) sent across the pond by gangster Meyer Lansky; the next, they’re making London’s greedier (and more careless) politicians choose between public disgrace and doing what the Krays want.

When they weren’t in jail (Reggie) or a psych ward (Ronnie) or making someone who’d crossed them very sorry, the Krays liked to hobnob with celebrities at their nightclub. Or enjoy a home-cooked meal with their clueless mum. They’re oddball mobsters, but we’re never to forget they’re monsters as well.

Having written the screenplays for movies like “Mystic River” and “L.A. Confidential,” writer/director Brian Helgeland knows what he’s doing.

But it’s possible he prepped himself by watching “Goodfellas” a time or two too many.  “Legend” keeps veering into Scorsese territory and while that’s not necessarily a bad thing, it does make the picture seem familiar, perhaps even redundant.

Actually, “Legend” is redundant.  There’s already an excellent movie about Ronnie and Reggie called, “The Krays.” Directed by Peter Medak and starring Spandau Ballet’s Martin and Gary Kemp, it’s a flashier, funnier (in a gallows humor way) and more compelling take on the same material.

However,  “Legend” does have Hardy (“The Dark Knight Rises,” “Mad Max: Fury Road,” etc.). Playing opposite himself, he pulls off an amazing double tour-de-force. He lets us see how Ronnie is both the more brutal and more vulnerable of the two; how Reggie’s considerable charm masks a deadly cold-blooded killer.

Still, despite its star’s one-two punch, “Legend” lacks a real sense of, well, why these guys were so legendary.  The movie holds your interest but once it’s over, you may not be sure why you stuck with it in the first place. Except, of course, to watch Hardy…and there is a lot to be said for that.