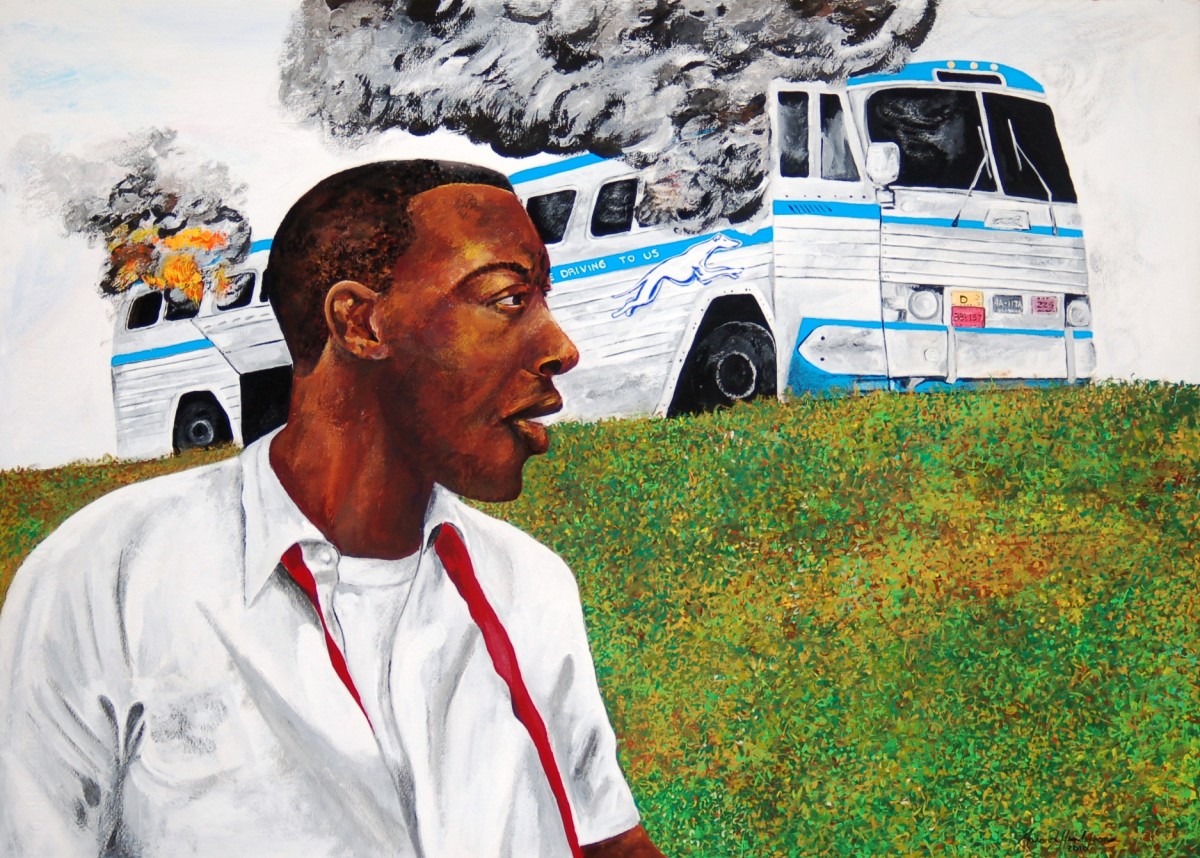 Hank Thomas is a legendary civil rights activist and a pioneer Black fast food franchisee multi-millionaire, but few people know he is also among Black America’s foremost African American art collectors. The 74 year-old Thomas is the only surviving Freedom Rider aboard the infamous Greyhound bus that was set on fire on Mother’s Day in 1961, and he may be the only Atlanta art aficionado who owns so many Black art paintings he can’t count them all. 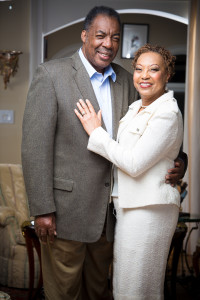 “I don’t have any idea of how many pieces we have because they are not all displayed,” says Yvonne Thomas, Hank’s wife of nearly 40 years. “We don’t have any wall space left. Every little corner we can find we have something in it.”

“My wife and I started buying art 35 years ago,” Hank recalls during a wide ranging interview in his home library. “I can’t give you any intellectual conversation or treatise of what’s on the walls except to say I saw something I liked and I bought it. This is my heritage and I want people to know how immersed I am in my heritage.”

“My husband doesn’t like buying jewelry or trinkets but he has never said no on art,” adds Yvonne. “Remember the days when you would see the starving artist signs on the side of the road, well we would stop to look and talk to the artist. I’ve got a couple of pieces I bought that way. And, we’ve made a point of every place we have traveled to we’d bring back some artifact to put in the house.”

He also identifies personally and passionately with the imagery, history and art of the renowned Buffalo Soldiers. A half dozen or more paintings of Buffalo Soldiers dot his basement den. 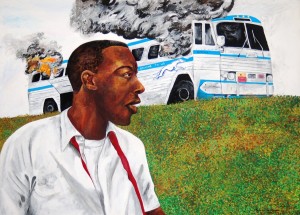 “Whenever I give speeches I tell them, I am a Freedom Rider and a Buffalo Soldier,” he proudly tells this reporter. “A Buffalo Soldier is any Black man or woman who wore the country’s uniform, defended the flag but at the same time could not come back here and vote or go into a restaurant or check into a hotel. I was in that era. I was in the Army in ’63 and there were places in Fort Jackson or Fort Benning that I could not go. And, that was the story of Black soldiers up until 1964 or 65 when the Civil Rights Public Accommodation Act was passed. So I’m a Buffalo Soldier.”

Thomas says that Atlanta artist Aaron Henderson [who we wrote about two weeks ago in this column] is his favorite artist, followed by William Tolliver and Henry Porter. 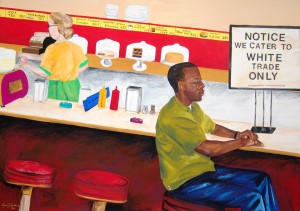 “I have lots of [Henderson’s] pieces, plus I commissioned him to do four pieces with reference to the civil rights movement,” Hank reports. “Their names grew later on in life. Tolliver I purposely collected and I did the same thing with Aaron Henderson. Now my Buffalo Soldiers, a white artist painted those. I started collecting those 20 years ago.”

“Hank and Yvonne Thomas have been some of my greatest supporters of my art and mentors to my sons,” says Henderson. “Hank understands what it means to be a custodian of our culture and he does it in an unapologetic manner. It is a high honor for my work to be included in their art collection, not only for who they are but what they represent to our community.”

Because of Thomas’s civil rights struggles and sensibilities, plus his arts acumen, I asked his opinion on the state of Black Art in Atlanta. He was not optimistic. 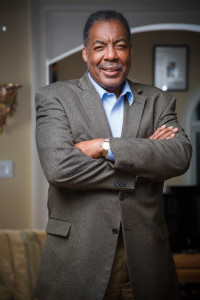 “Unfortunately Maynard, it is not that good considering the level and quantity of Black wealth in this city,” he says. “To walk into a person’s $500 thousand  house and see almost no Black art because theirs is still this thing, I need white people to validate me and if I am going to invite white people to my house they must see things that reflect their culture. And that’s unfortunate. When people come into my house they know I am a Black man. Some say, Hank is a militant.”

Well that’s not a new comment or critique about Hank. It comes with the territory and temperment for a man of his ilk and inclination.

“Remember now, those of us in terms of sheer numbers who participated in the mass movement were only a tiny fraction, not only of Black people, but also a tiny fraction of college students,” he recalls. “We were considered ‘those kind of weird people.’ While people said that they appreciated what we were doing, we were shaking up the established order. The idea of making white folks mad was considered shaking up the order of things. Dr. Martin Luther King was basically – I won’t say hated – by the Black clergy, but he represented somebody who was stirring up trouble.” 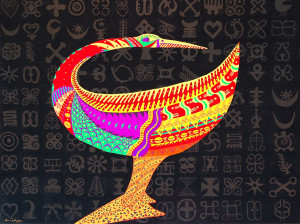 He adds with a smile, “We also knew that revolutions are started by crazy people, malcontents. Our numbers were few and we were crazy enough to believe that all we had to do was keep at it, and eventually we were going to be victorious. No, none of us could ever dream or fathom President Barack Obama!”