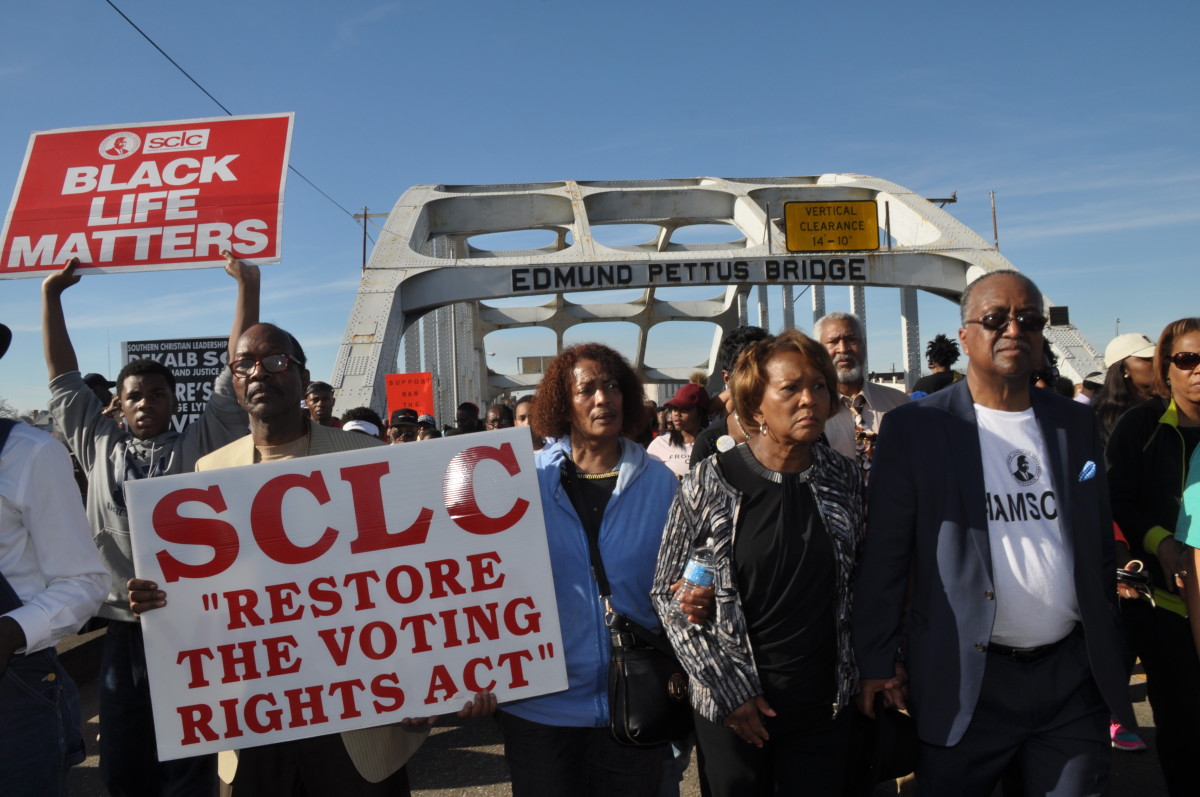 Bloody Sunday is surreal. It was an uncanny experience even for this seasoned journalist to encounter civil rights icon, Atlanta Congressman John Lewis, holding court and counseling youngsters at the apex of the Edmund Pettus Bridge on Sunday March 6th about the significance and substance of this memorable day in Black history. 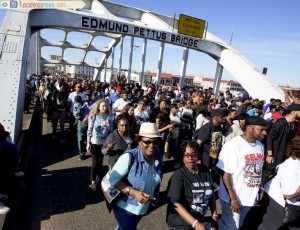 “This is a critical year in our history, particularly given this is combative presidential election year,” says Selma mayor George Patrick Evans. “Voting rights is what this day is all about and already there are some trying to demoralize and derail that sacred right.”

It was the 51st anniversary of the day that Student Nonviolent Coordinating Committee [SNCC] leader John Lewis and others like the late SCLC icon Rev. Hosea Williams were savagely beaten by law enforcement officers because they were demonstrating for the right for Black people to vote.

Lewis urged the crowd to keep fighting for justice and not to be afraid to stir up “good trouble” in the sake of justice. 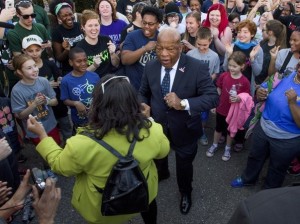 “They came toward us, beating us with nightsticks, trampling us with horses and releasing their tear gas. I was hit in the head with a trooper with a nightstick. My legs went from under me. I thought I was going to die I thought I saw death,” Lewis told the crowd. It is a mantra he has repeated for decades and a message that has branded him a national hero.

That somber day gave rise to the Voting Rights Act, and catapulted Congressman Lewis to international prominence and political clout. The annual Bridge Crossing Jubilee culminates each year with a walk across the bridge that has become a national landmark. But sadly that revered march for justice has now become a poorly produced and politically problematic parade. 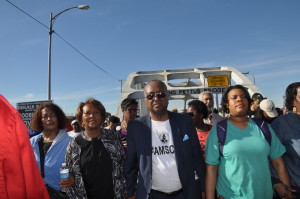 “Bloody Sunday still has significance if you are in position to know the history but for our younger generation if they are not being taught about it in their schools and if they are not being taught in their homes it is just a day to see the crowds to enjoy the festivities,” says Cathelean Steele, a former Alabama educator and wife of SCLC President Charles Steele, Jr. “But for me it is the celebration of those that were beaten and those that died in that struggle. My husband always says civil rights and voting rights are harder now to maintain and sustain than they were to obtain.”

While Lewis generally rules and dominates the day because of his prestige, a multiplicity of civil rights leaders, civic groups, fraternities, sororities, religious groups and organizations of all sorts, such as the irascible Black Lives Matter Movement and the venerable Southern Christian Leadership Conference [where I also work as its national magazine editor], compete for media attention and a prominent position in the line to cross the bridge. 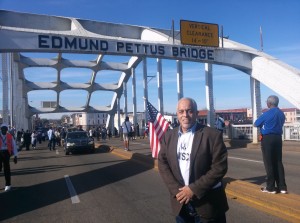 “I am really concerned about how that works as far as who’s up front and who is behind,” he laments. “I wish there was a way they could resolve that. I know the foot soldiers are significant. They made it happen, they risked their lives. They should have notoriety, they should be recognized. I will also say that many of those who say they were foot soldiers may not have been foot soldiers. How do you tell somebody they were not here?”

Bragging rights and photo ops often define the day. This commemoration has now become a fierce and seemingly petty competition that borders on chaos and belies the poignant pressing problems that persist in Selma and throughout Black America.

“I don’t think it’s politics in this march and in this event,” Mayor Evans opines. “Some people might want to make it that. In my opinion it doesn’t have the same meaning and value to some people with regard to the significance of what happened in ’65. It is not taken as seriously as it should be. We should humble ourselves because so many people shed their blood and lost their lives for a cause that won us our freedom as well as the right to vote.

“We’ve become complacent to some extent,” he continues. “I think if Martin Luther King Jr. were to come back today and evaluate where we are compared to when he left, I think he would be very unhappy because we have failed a lot of people.” 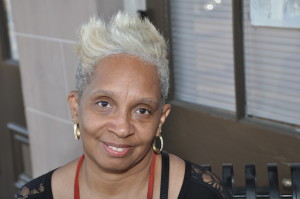 “It is so hard for me to hear young people who say they don’t vote. It puts a stake in my heart when I hear that because there were so many people that were murdered for just little old Lory Parks to have the right to vote,” that’s why she says she has religiously voted in every election for the past 38 years and comes back home to Alabama every year for ‘Bloody Sunday’. “This means everything to me. Bloody Sunday is the quintessential symbol of our struggle as African Americans. This presidential election is so bizarre and so important. Voting is so crucial to our survival as a people. This is the most important election I have ever faced, and it all started here in Selma on Bloody Sunday.”