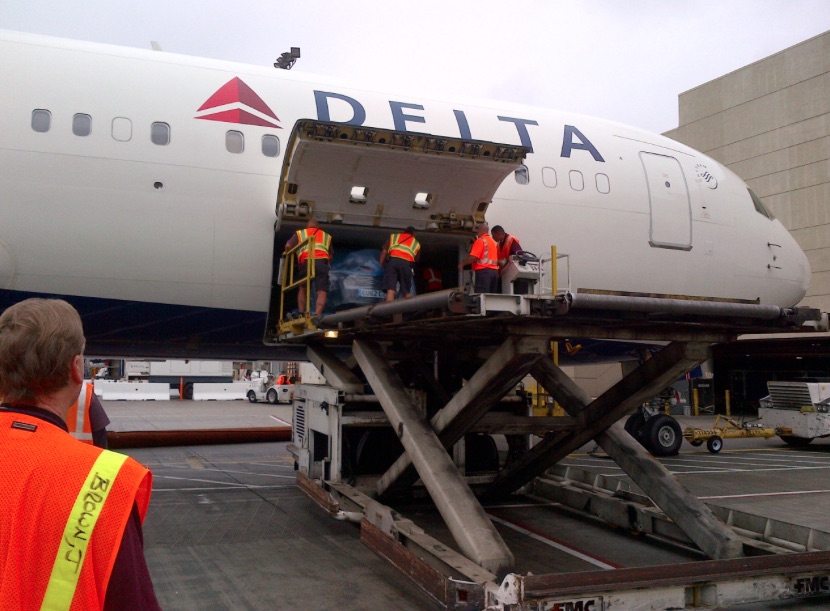 Delta transported 31 percent of the cargo handled in 2014 at Atlanta's airport. Delta handled twice the tonnage of FedEx, which handled the second highest amount of tonnage through Atlanta, according to an airport report. Credit: insidesocal.com

Atlanta’s airport posted a gain in cargo handled in the first quarter of 2015 compared to 2014. However, the tonnage remains below the amount handled during the same period in three of four previous years. 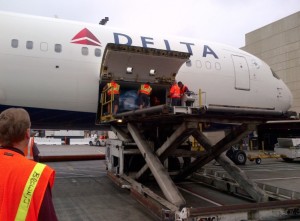 Delta transported 31 percent of the cargo handled in 2014 at Atlanta’s airport. Delta handled twice the tonnage of FedEx, which handled the second highest amount of tonnage through Atlanta, according to an airport report. Credit: insidesocal.com

Here’s a snapshot of the metric tons handled in first quarters dating to 2011. That’s the oldest year for which figures are provided on the airport’s website:

To put these figures in perspective, the airport handled 601,270 metric tons in the entire year of 2014. That represented a decrease of 2.5 percent compared to the 616,365 metric tons handled in 2013, according to an airport report.

Most of the increase this year was due to the increase of international cargo, which represents 61 percent of the total freight volume at Atlanta’s airport.

The increase reported for the first quarter of this year was 11.99 percent for international cargo, and 5.9 percent for domestic cargo, according to a statement released by Hartsfield Jackson Atlanta International Airport.

“This latest airport traffic report shows that our efforts to ensure that the airport remains the economic engine for the metro Atlanta region are yielding positive results,” Aviation General Manager Miguel Southwell said in the statement. “Increasing cargo traffic is our top strategic priority as we look to grow jobs and increase revenue.”

The plan goes on to identify shortfalls in capacity:

The airport has three main cargo areas that provide 2 million square feet of warehouse space, according to the airport’s website. The airport also houses perishables complex that is approved by the U.S. Department of Agriculture, which provides a fumigation chamber.

Atlanta’s airport is the only airport in the southeast with USDA approval to apply cold treatment, an alternative to methyl bromide, a fumigant used to control pests that has been linked to ozone depletion.