An ode to my Dad, newspapers and mass transit 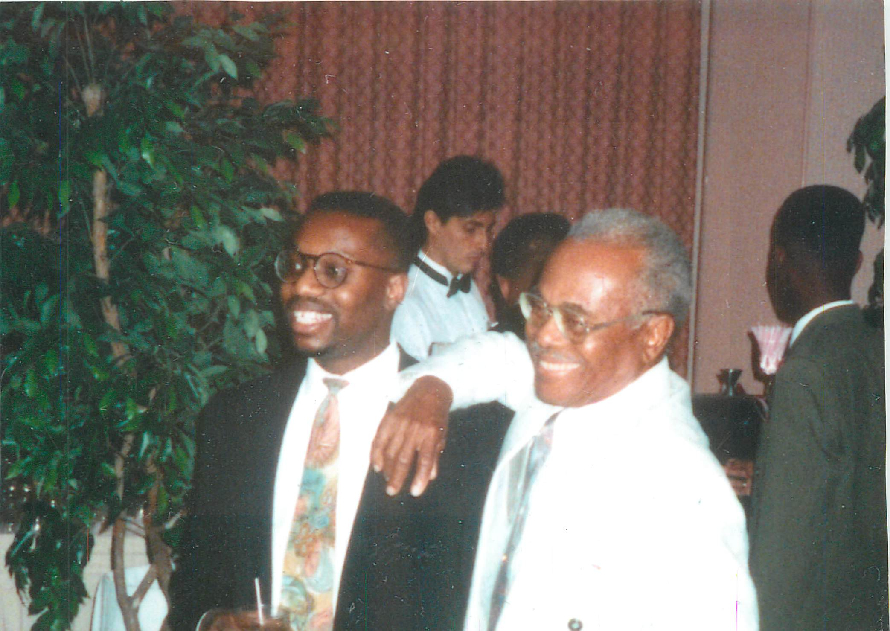 I’m writing today, likely the last time for a while on these pages, in dedication to my late father, Vincent Grover (Hoffman) Harris

First of all, Happy Birthday to you, Pop!

Vince, as most everyone called him, would have been 96-years-old on July 31st. Although we never made a fuss over our birthdays while he was alive, I think he might forgive me, just this once.

While many father-son relationships are either dysfunctional or non-existent. the bond we shared was an amazing one. We were present in each other’s lives and our relationship was defined by unabashed love that only deepened over the years. 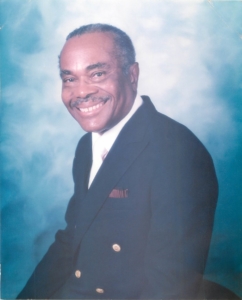 My father was my best friend; he still is. With his trademark gap-toothed smile, or an occasionally disapproving scowl, he dispensed advice and wisdom that’s a legacy for my older sister Gail and me, and his three grandchildren. In the decade since his death, that legacy looms larger than ever.

A Jamaican immigrant, Vince knocked around  before signing up in the British Royal Air Force as a young man. After he was honorably discharged and his temporary work permit in the U.S. expired, Vince remained in the country by using a fake surname: Harris. He later married my mother, Joyce, also a native of Jamaica, and they eventually settled into a modest, middle-class house in Brooklyn. NY.

I think my father was ashamed by his background and he spent most of his life haunted by the fear he’d be discovered and deported. He was shaking  when he finally confessed this to me when I was in my early 20s.  He may have also been embarrassed that he barely knew his biological father, a man who had abandoned him and my fraternal grandmother after he was born. Despite the lingering clouds in his life,  my parents retired comfortably and without incident in Tampa before they passed away after 56 years of marriage. He legally changed his name to Harris and the knock on the door that so worried him never came.

Oddly, my father’s understandable silence about his past taught me a counter-intuitive lesson. Despite his desire to avoid undue attention, I mostly wear my opinions and emotions on my sleeve for everyone to see. My career as a journalist and storyteller is a testament to living out loud, even if my views are unpopular or my behavior makes others uncomfortable. Unlike my Dad, I believe there is no true sanctuary in secrecy.

Vince taught me some other equally significant lessons that have inspired my life and informed my work at the Saporta Report, the Atlanta Journal-Constitution and, especially, at the once- iconic New York Daily News.

My father loved newspapers. He read them voraciously and worked at some of the biggest and best of them  in New York. Vince wasn’t a reporter; he was a linotype operator in a bygone time when the process of producing daily newspapers was more industrial than digital, like it is today.

While lacking much formal education, Vince was sharp-witted and prescient. When the era of “hot type” printing was drawing to an end and the advent of computers was just dawning, he predicted the eventual demise of newspapers — at least as we knew them.  Sadly, he was right.

Last week, the Daily News, where Dad and I worked at different points in our lives, fired half its newsroom staff in a spasm of layoffs and cost-cutting that has been crippling newsrooms nationwide and decimating the industry. Granted, “dead-tree” newspapers were overdue for technological and social disruption. But Dad understood the decline and death of newspapers is a dangerous trend.

Vince would have rightfully argued that we need great journalism now, more than ever. That’s why I’m duty-bound to support traditional newspapers, as well as independent online outlets, such as Saporta Report, which are still valiantly working to hold our leaders and institutions accountable.

There’s no doubt that my passion for newspapering and journalism was a trait I inherited from my Dad. On every article I write, I include the “V” for Vincent — my middle name —  in honor of him.

Although he probably didn’t realize it at the time, my Dad also ingrained in me a love of mass transit, strange as that seems. While growing up in East Flatbush, he taught my how to expertly navigate the city’s expansive bus and train system.

For years, my family didn’t own a car because we really didn’t need one. Public transportation was how my parents commuted to work. It  provided me with safe, convenient and affordable access to Brooklyn Tech, one of the city’s finest high schools. Transit was also my 24-7 passport to life-altering internships at local radio and TV stations that proved invaluable once I went away to college and later when I was applying for journalism jobs.

I became a father almost 30 years ago and brought my young family from Greater New York to metro Atlanta, a region where owning a car is a near-necessity. Only then did I fully realize that their transit-oriented lifestyle had helped my parents to achieve financial security. It’s also a major reason why I’ve devoted the last five years advocating on behalf of expanding transit in metro Atlanta as a journalist and for seven years as MARTA’s spokesman.

Not only does transit move people, I know that it can help them to move up the economic ladder, just like it did for my family and me. Whenever I board a MARTA train or bus, I’m reminded of the trips Dad and I took to visit the clangorous  Daily News pressroom where he worked, to get a haircut, or to visit friends and extended family. It also reminds me that Vince was pretty savvy about his money.

Like most sons, I hope my father is proud of me, I certainly always felt proud of  him.

I’m confident that he’d also be pleased by my latest career move: I’ve recently rejoined MARTA after a two-year absence from the agency. This time, I’ll be a contract employee working alongside Stephany Fisher, an Emmy Award-winning, former TV anchor and  journalist who has been representing the agency like the true pro that she is.

For now, I’ll be taking (another) extended hiatus from my Saporta Report column while working with MARTA. In the meantime, please keep reading “newspapers” and continue riding and supporting transit in metro Atlanta. Vincent Grover Hoffman and his little boy would really appreciate that.